Some discoveries shed more light on the events of the past, while some others baffle scientists and raise new questions about the history of humankind.

Here are five of the most puzzling and unsolved enigmas in the world. Yet, recent studies have provided a plausible explanation for some of these mysteries.

In 1968, dozens of huge flat rocks of limestone were discovered under the seabed, close to the coast of Bimini in the Bahamas islands. At first glance, there was nothing surprising.

However, scientists were troubled because these stones formed a perfectly straight boulevard one km long that appeared unlikely to be created by nature.

Many said that those were the ruins of ancient world civilization, others were convinced that it was a unique natural phenomenon. However, none of them can ignore a prophecy made in the early decades of the twentieth century.

A famous prophet and healer of that time, Edgar Cayce, made the following prediction in 1938:

“A part of the ruins of the Lost Atlantis will be discovered in the sea around the islands of Bimini… “.

There were others who claimed to have seen pyramids and ruins of buildings on the seafloor near Bimini, but the only confirmed discovery is the Bimini Road, whose origin has troubled scientists for decades.

To this day, there is no conclusive evidence to confirm the authenticity of the Bimini road, so it remains one of the unsolved enigmas out there. In fact, most archeologists believe that it’s probably a natural formation and not a man-created construction.

The Voynich Manuscript was named after Polish antiquarian Wilfried M. Voynich, who found it in an Italian monastery in 1912. Perhaps, it is the most mysterious book in world history. This is a book of mysterious pictorial content written in an incomprehensible language.

From its pages, it is possible to understand only that it probably served as a pharmacy book (it appears to describe certain aspects of medieval and early medicine), as well as an astronomical and cosmological map. Even stranger than the writing language are the images of unknown plants, cosmological charts, and strange pictures of naked women in a green liquid. 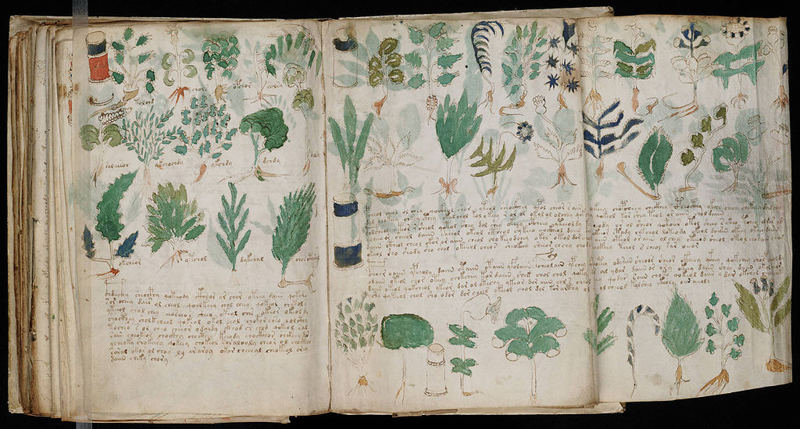 Dozens of cryptanalysts have tried to translate it but no one managed to. Many came to the conclusion that it was, in fact, an elaborate hoax, and the encrypted words were random and had no meaning, while the images belonged exclusively to the realm of fantasy.

Today, the Voynich Manuscript is kept in the Beinecke Rare Book and Manuscript Library at Yale University, and nobody has managed to decipher a word so far. Maybe this is because there is no hidden meaning behind this mysterious book after all? In any case,  the Voynich manuscript remains one of humanity’s unsolved enigmas.

The Piri Reis map was accidentally discovered in 1929 in a Turkish museum, and since then, no logical explanation for its illustrations has been found.

In 1513, Turkish admiral Piri Reis designed the map of the world which included Portugal, Spain, West Africa, Central and South Atlantic, the Caribbean, the eastern half of South America, and a part of Antarctica.

It is believed that there were also North America and the rest of the eastern half of the world in the pieces of the map that were probably destroyed over the years. 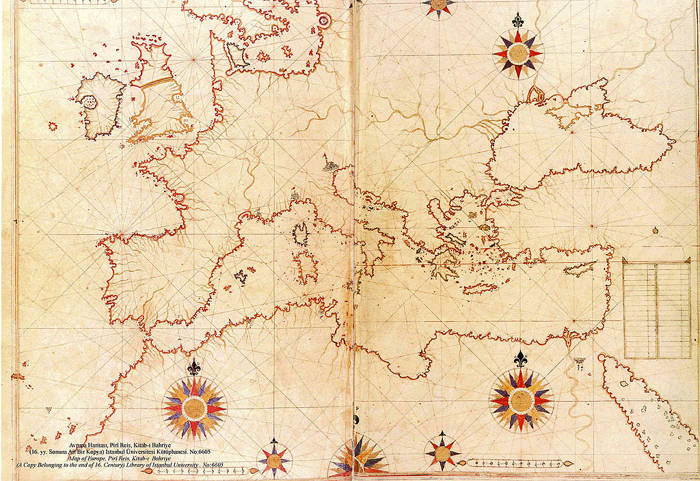 It was long believed that this map was incredibly accurate in detail, so researchers were puzzled by a question: how could an admiral of the 16th century make a map of the entire Earth without the possibility of aerial observation?

How is it possible to separate the continents and coasts in their correct distances without the knowledge of the method of Azimuthal projection or spherical trigonometry required for mapping? And how did he design the Antarctic that had not been officially discovered at that time?

However, a later analysis showed that the map is not as accurate as it seemed.

“The Piri Reis map is not the most accurate map of the sixteenth century, as has been claimed, there being many, many world maps produced in the remaining eighty-seven years of that century that far surpass it in accuracy”, researcher Gregory C. McIntosh.

The geoglyphs of the Nazca culture located in Peru are among the world’s biggest mysteries both because of the manner and for the reason for their creation. These are approximately 13,000 lines forming 800 designs covering an area of 450 square kilometers.

They were created approximately between 500 BC and 500 AD and look as if they had been designed by a giant hand.

These lines depict shapes, animals, plants, and geometric designs and the strange thing is that they virtually have no actual construction purpose, since they are visible only from the sky. Scientists estimate that perhaps the Nazca had in possession a large hot air balloon or kite that helped them design.

Many say that this is an airstrip built for aliens. Others go even further, saying that the lines were designed by aliens. A more popular (and more plausible) explanation is that the Nazca people made these designs for religious purposes, devoting them to their gods in the sky. This is the most realistic theory most scholars agree with.

5. The Shroud of Turin

Although the Vatican has affirmed that it is not authentic, the Holy Shroud remains an unsolved mystery for humanity. It is a shroud with an imprinted image of a bearded male adult on it. Throughout the fabric, there are signs of blood, which shows that this man was probably crucified and then his body was covered with this piece of cloth. 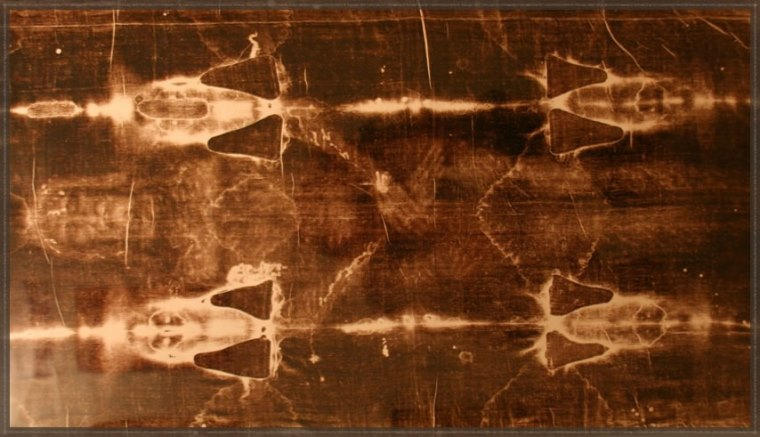 Understandably, many believe it is the burial cloth of Jesus Christ which covered his body after the Crucifixion, as the weave of the fabric refers to the epoch he lived in and the signs of blood confirm the death in the same manner as that of Christ.

Some other scientists believe that the shroud was created much later, between the 13th and the 14th centuries. Now, a later study shows that it might be totally fake. Using advanced forensic techniques, scientists studied the bloodstains on the shroud and came to the conclusion that they were probably intentionally added to the cloth and didn’t come from a crucified human body.

“You realize these cannot be real bloodstains from a person who was crucified and then put into a grave, but actually handmade by the artist that created the shroud,” study author Matteo Borrini revealed in an interview with LiveScience.

As you can see, some of these unsolved enigmas have already been debunked. Modern technologies and scientific methods provide new opportunities to make sense of these kinds of mysteries. Who knows, maybe in the following years, we will see more puzzling enigmas being solved.