Visions of the future of our planet depicted by science fiction writers and futurists usually include atomic explosion, killer robots on tracks, or zombie apocalypse.

And this is justified since we do not take adequate care of our environment, new technologies are not always good for mankind and people of the world are at war with each other without the robots present.

But we cannot be too sure that the history of human civilization will end in such a grim way. Finding ways to avoid premonitions of popular sci-fi stories and apocalyptic dystopian novels may help us envision a distant future that may look much brighter.

Below we examine seven most optimistic scenarios for the future of our planet and mankind.

This is perhaps the most boring, but the most likely scenario of the future of our planet.

In books with such “hopeful” titles as “Our Final Hour” and others, British astrophysicist Martin Rees, Swedish philosopher Nick Bostrom and English theoretical physicist Stephen Hawking claim that humanity does not stand a chance to survive even till the start of the next century.

Maintaining the current level of our civilization (which simply constitutes our ultimate survival) can by itself be considered a positive result. Chances are that we have already reached the highest point in our development.

In 1992, American political economist Francis Fukuyama wrote a book entitled “The End of History and the Last Man“. He hypothesized that the political, technological, and economic model of the early 90s is the last frontier in the history of mankind. The new millennium proved Fukuyama’s fallacy.

A more realistic scenario of maintaining the status quo was proposed by the former head of the research department of Sun Microsystems Bill Joy. In 2000, he published an essay in the Wired magazine titled “Why the future doesn’t need us“.

The article claimed that the most advanced technologies of the 21st century such as robotics, genetic engineering, and nanotechnology are dangerous to humans as biological species.

Joy called for conscious abstinence from dangerous technologies similar to the model of nuclear disarmament. Neo-Luddite position, according to Joy, is the most relevant strategy against dystopia and the extinction of mankind. The sooner we stop developing dangerous technologies for ourselves, the longer and happier the future of our planet will be.

In most of sci-fi scenarios, Earth appears to be depicted as a planet-metropolis encased in steel and concrete. The worst nightmare for environmentalists is the future where technology completely replaces Earth’s biosphere.

But there is another option. A future in which nature is far more lush and picturesque than we can ever imagine. New philosophies of environmentalism and trans-humanism advocate the development of technologies that will help restore the environment.

Nano- and biotechnologies will be utilized for cleaning up landfills and industrial waste disposal sites. And in the distant future, it will become possible to terraform Earth back to its pristine state.

The earliest manifestation of this sort of philosophy is a report by the American science fiction writer Bruce Sterling dated October 14, 1998, and published in San Francisco.

The founder of cyberpunk has come up with the idea of “Emerald design“. It combined the ideas of eco-design, technological progress and cosmopolitanism. Simply put, Sterling argued that in order to combat environmental problems, humanity must use the most advanced technologies and work together.

In the distant future, our planet can become more ecologically diversified than it has ever been. Humans would have to be genetically modified so that they would not interfere with the overall harmony of the natural environment.

All of the energy needs of humanity will be completely satisfied, and we will become the type one civilization according to the Kardashev scale.

Some environmentalists promote modifying the Earth’s ecosystems to eliminate predators so that herbivores would not suffer. We would be able to control the weather.

And we would finally be able to resist natural disasters such as asteroids, earthquakes, and volcanic eruptions. Who would want to trade a planet like this for some distant planets in space?

3. Under the supervision of machines

It is quite likely that technological singularity will lead to the extinction of humans as species.

The next generation of artificial intelligence (which may appear as early as in thirty years) can become so unfathomable to our understanding that we will not be able to coexist on the same planet. Destruction of mankind by machines may occur intentionally, accidentally, or even by our own fault.

But machine superpower can lead to the opposite result. The possibility that artificial intelligence can be the key to utopia for humanity has brought to life the movement called trans-humanism.

Trans-humanists (and especially their singularity ideology) generally agree with Cayferom from “The Matrix“. Mankind will feel much more comfortable and safer inside a friendly system built by AI.

If designers and programmers start working on the development of friendly artificial intelligence now, new Asimov-type generation of machines may eventually appear, which, in principle, may be incapable of harming humans.

They will become our protectors and patrons. We will let them care about the Earth, while we will peacefully roam virtual jungles inhabited by mechanical animals.

Sooner or later we will have to leave Earth and start the colonization of other solar systems. This will ensure our survival (it is not a good idea to keep all your eggs in one basket) since humanity has always had an inherent desire to move forward.

After reaching beyond geographical boundaries and biological limitations (we cannot fly and are very bad swimmers), we have secured the further development of our civilization. This led to technological, social, political, and economic changes in society.

Even with the current, very modest achievements in space exploration, we ended up with satellite technologies and important discoveries in the field of natural science. And what about the high-resolution picture from the Mars surface?…

If we can manage to be able to travel interstellar distances, this will become a significant breakthrough. Perhaps it will be an achievement not only for mankind but also for all living beings in our galaxy.

Presently, we exist in the galaxy devoid of visible traces of any activity of alien beings. This allowed theoretical physicist Enrico Fermi rightfully ask: “Well, where are all those other civilizations“? So if we do start to travel to other stars and planets, then we may become the first and only civilization capable of such distant space travel. 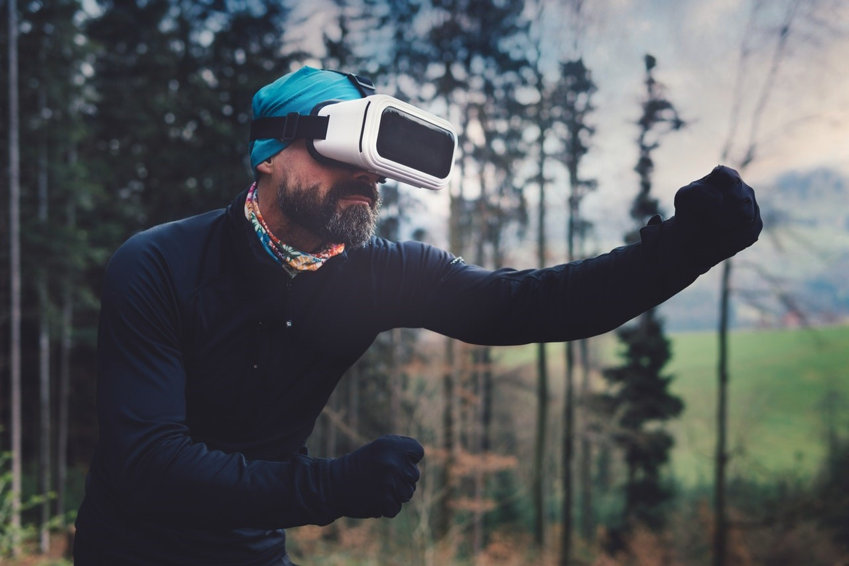 Technological singularity may lead to a situation when all of us will be loaded into the memory of supercomputers. This can be done without abandoning the space travel.

But supercomputers must be very large. Such as the matryoshka-type brain concept “invented” by the late American trans-humanist Robert Bradbury. This space mega-structure consists of several Dyson spheres. Each sphere has a nano-computer of a molecular-scale size.

All these spheres are built around the star and get the energy for computation from the energy exchange occurring between the star and the interstellar space. This will allow the computer to simulate reality, which is not inferior, but even better in its level of resolution compared to the world around us.

Compared to the worlds that can be generated by this system, our old analog-based universe may seem slow, boring, and primitive.

Most of the world’s religions invented afterlife utopias. And how else could they encourage their followers to behave appropriately in the real world? Religion is the expression of human ideas about the ideal level of existence.

Nowadays, much fewer people seriously believe in the existence of heaven or the afterlife. But this does not mean that we should abandon the idea of creating heaven on Earth using technology.

British philosopher David Pearce calls this the principle of “Hedonistic Imperative“. He and other trans-humanists-abolitionists call for the creation of heaven on earth by means of advanced biotechnology.

Using psychopharmacology and genetic engineering we can rid mankind of pain and provide comfortable existence, as well as to come up with some kind of a signal system to receive notifications about the health of the body.

For those raised under strict moral and restrictive conditions, Pierce’s concept may seem outrageous and even immoral. But in reality, we all want just that at the level of metaphysics. We all want as much pleasure from life as possible with as few problems along the way.

This could be a scenario with the greatest long-term outlook beyond the limits of human imagination. Here again, there is a certain risk of falling into philosophy and metaphysics (forget about hedonism), but some vague possibilities are still worth considering.

American futurist John Smart suggested that the most complex systems in the universe use less and less space, time, matter and energy to enter the next level of their evolution. This applies to galaxies, stars, planets, environmental and technological systems.

Human civilization is no exception. Ultimately, our destiny is to leave this universe and put our collective consciousness in a completely different dimension. For example, inside one of the black holes.

Robert Lanza, professor of the Institute of Regenerative Medicine at Wake Forest University, proposes a different theory. Lanza suggests that our universe is in its early stage of development and in the future intelligent life can begin managing the universe.

As a result, the very nature of the universe will undergo changes. It will become biocentric, and biological life will be in charge of creating the surrounding reality and time.

Here, we may easily get into the possibility of time travel and exploit the effects of quantum cohesiveness. So little we know about the structure of the universe at this point, that the future of our planet may bring opportunities that we cannot possibly imagine today.