Until a few decades ago, there were only nine planets known to mankind existing in the solar system. The existence of other planets orbiting around other stars could only be hypothesized and no one could definitively answer the question if they really existed out there.

Today, with Pluto being excluded from the list of ‘true’ planets, only eight planets have been accounted for in our solar system. But more than 3500 distant extrasolar planets have been discovered so far and this number continues to grow rapidly. Some really strange worlds can be found among them.

1. Kepler-78b: Something that does not exist

The main thing worth knowing about this planet is that it should not even exist. At least, modern ideas about the origins and laws of the evolution of planets do not imply this.

The planet Kepler-78b is located too close, only 900 thousand kilometers, to its host star Kepler-78. Extrasolar planets are often referred to by the names of stars they orbit and adding letters that correspond to the order in which they were discovered in the vicinity of the star or their distance from the star.

For comparison, our red-hot Mercury is at the distance of at least 46 million kilometers from the sun.

Theoretically, at the time of the planet’s formation, the young star had to be somewhat larger. Could it be the case that Kepler-78b originated from… inside the star? This is, of course, impossible. Most likely, the planet had moved closer to its start later, but how and why it had happened still remains completely incomprehensible.

By itself, the planet Kepler-78b is slightly larger in size compared to Earth, but due to the unusual conditions of its host star, the planet’s environment is different from that of Earth.

Surface temperature is in the range of sizzling 2400° C. But this should not last for long as the nearby star is gradually pulling the planet in, and will completely swallow it in a matter of 2-3 billion years.

While Kepler-78b may remain in existence for some time, the planet WASP-12b is already experiencing its death. Nowadays, it is pulled apart by its star’s attraction forces, all to the delight of astronomers who are able to observe this cruel but fascinating process in real-time.

Some of the matter from the WASP-12b surface is already absorbed by the star, and the planet itself is severely deformed so that its shape resembles not quite a spherical soccer ball but rather an elongated rugby ball. It has about 10 million years to continue its existence; it is unlikely that it will be more than that.

Located 800 light-years away from Earth, WASP-12b belongs to the class of exoplanets called “hot Jupiters”, enormous gas giants that resemble the well-known planet Jupiter. It is 40% larger and it rotates around its sun at a much closer distance: a year lasts a little longer than 24 hours on Earth. 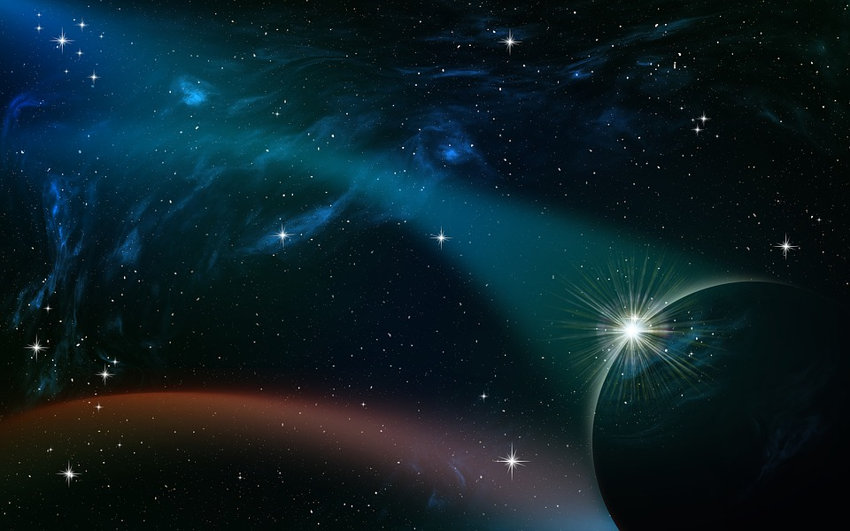 Dark Planet TrES-2b reflects almost no light. If we were able to travel to this planet located 750 light-years away from Earth in the Draco constellation, we would be able to see a huge, jet-black ball of gas with some light shades of dark red.

This world resembles hell. The temperature here is about 1000°C, and superheated gas is dimly lit with a dark red glow.

Astronomers are aware of other similar dark planets, which are able to reflect at least 10% of incident radiation of the parent star. TrES-2b reflects less than 1%, it is the darkest planet known to us.

The planet’s secret still remains unclear. Perhaps it consists mainly of sodium or potassium, chemical elements that perfectly absorb radiation and this could be one of the explanations.

No, it is not about life on this planet, which cannot exist here. It is about the planet’s surprising and amazing strength and ability to prolong its existence. The parent star of the V391 planet, beta Pegasus is in the last phase of its evolution, which our sun may get to only 5 billion years from now.

At this stage, the star managed to swell enormously, turning into a red giant, but then began a reverse process of compression. V391 happened to be too close to the star, only 1.7 times farther away than we are from our own Sun.

As someday it may be when our planet will be absorbed by the swollen sun, the planet ended up inside the outer layers of its aged star. However, to the surprise of scientists, the planet miraculously survived this process.

Located only 63 light-years away, HD 189773b became the first planet for which we were able to observe and detect its true colors. It is almost the same blue in color as our beloved Earth. Unfortunately, this is where the similarity ends.

HD 189773b is a gas giant, with surface temperatures up to 1000°C. Combined with tremendous pressure, it creates a bizarre environment where in the planet’s atmosphere silicon particles are transformed into liquid glass, which falls back on the surface as rain. These rains of glass spread violent hurricanes, which reach 7 thousand km/h in their speed.

Only twice as big as our planet, 55 Cancri e is eight times heavier than and twice as dense as Earth. The planet is orbiting its star at a close range, so to orbit the distance around the star only takes 18 Earth’s hours. The planet is located at a distance of 40 light-years away from Earth, near a star which is much more carbon-rich than our own Sun.

It is possible that 55 Cancri e consists of pure carbon, which under high-pressure conditions and at extremely high (2700°C) temperatures must exist in the form of a pure diamond.

The oldest known planet, PSR B1620-26b was nicknamed after a biblical character Methuselah for its long existence. The planet’s age is estimated to be 12.7 billion years. Back then, even the Milky Way was still in the early stages of its development, and neither Earth nor Sun existed.

Methuselah revolves around a binary star system located at a distance of 12400 light-years from Earth. Moreover, both ancient stars have long been “dead”, one of them turned into a pulsar, and the other has become a white dwarf.

1400 light-years from us, in the constellation of Hercules, there is a planet called TrES-4, the largest of all extrasolar planets known to date.

Its size is more than 1.7 times greater than that of Jupiter, the true giant in the solar system, and has a density that makes its composition somewhat perplexing. The planet’s average density is comparable to the density of a bottle cork, it could easily float on the ocean surface if we could find a huge ocean of suitable size for it to float in.

TrES- 4 is only 7.2 million kilometers away from its host star and can make a complete revolution around the star in three Earth’s days. Because of this proximity to the star, the planet’s temperatures reach almost 1300°C.

This extrasolar planet is covered with hot ice, not the type of ice we are accustomed to. Located in the Leo constellation, only 30 light-years away, Gliese 436 b is heated to 300°C. But the massive size comparable to that of Neptune creates enormous pressure on its surface, causing surface water of the planet to remain in the form of ice, despite extremely high temperatures.

At the same time, the outer layers of overheated Gliese 436 b evaporate, resulting in a cloud of steam enveloping the planet.

These are just some of the amazing extrasolar planets we have discovered to date. Who knows what else is waiting to be discovered in the depth of space!