New archaeological discoveries show us that history may not be exactly as we learned in school.

Rather than thinking about history as a picture, try visualizing it as a puzzle that lacks all of its pieces. For centuries, researchers have been trying to put together a consistent timeline of history, but new findings make it difficult to keep that consistency for long. History, although it belongs to the past, is very much alive, and it changes with new archaeological discoveries.

Only, a few centuries ago we didn’t even know the origins of our own species, and the majority of scientists actively advocated that humans were made by a God or some sort of supernatural power.

Please forgive my blasphemy, but this is as true as saying that our planet is actually a giant marble and that we are all participating in a game of intergalactic Marbles. Whoever falls into a black hole first, wins. Just because we can’t prove something wrong, doesn’t mean it is right.

The Theory of Evolution is an excellent example of a situation in which new evidence altered our entire view of the past, humankind and planet Earth. When approaching problems as complex as history, one must take into consideration different aspects that constitute this construct.

First, and foremost, you need to pay attention to the source of the information presented to you. Often, historians wrote what the rulers told them to. Thus, we can’t treat all the information from all the historical periods we know of as 100% accurate.

What happens with new archaeological discoveries that don’t fit the puzzle? Sometimes it takes decades for the scientific community to recognize these findings as valid.

The following archaeological discoveries changed the way we perceive history. Some of them are not yet fully explained, but it doesn’t change the fact that they exist and await a proper interpretation.

A skull unearthed in Petralona Cave near Thessaloniki in Northern Greece is not a new discovery. It was found in 1959 or 1960, and at first, it was believed that this is an ordinary hominin skull, aged somewhere between 100.000 and 120.000 years.

If this information was true, Petralona would fit right into the existing puzzle of the development of humankind. Since then, information surfaced that the remains might be 350.000-year-old while others claim that the skull is 700.000-years-old!

This makes Petralona cave the oldest human settlement we know of. Another layer of mystery was added when a scientist claimed that the skull doesn’t belong to any of the hominin groups that migrated from Africa to the European continent. Where did Petralona men come from? When were they extinct? It remains unclear. However, this discovery entirely changes the timeline of the evolution of humankind. 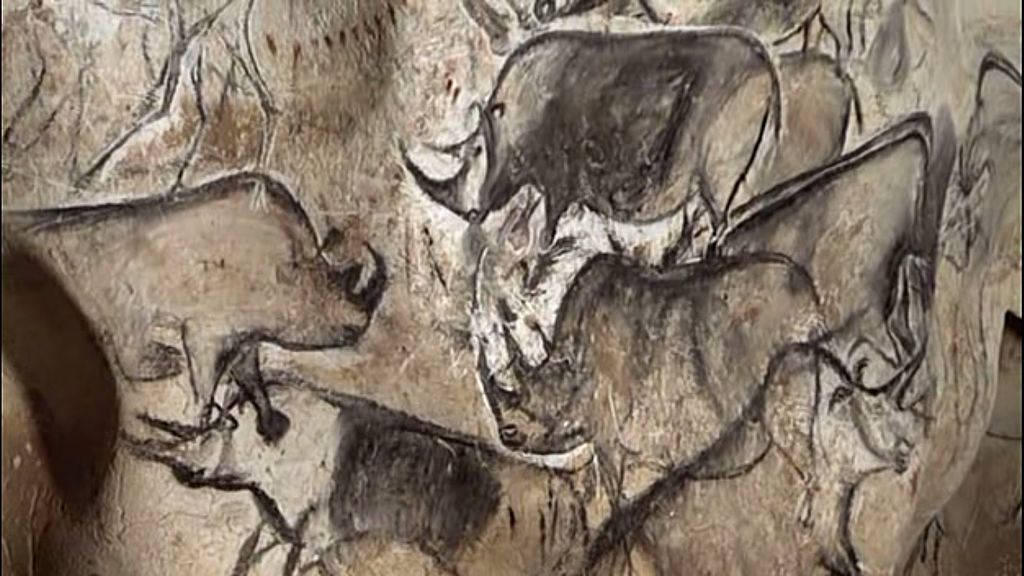 Nobody knows the purpose of the first cave images. Theoreticians speculate that the first paintings had a magical meaning, but due to the lack of data, it is hard to say with certainty what drove the prehistoric man to create them. Until only a decade ago, most school books featured information that the oldest paintings in the world are approximately 8.000 years old.

A team of French scientists proved established history completely wrong. They found a cave in Southern France in 1994 that features cave paintings whose age is now estimated to be between 32.000 and 28.000 years. Famous filmmaker Werner Herzog made a documentary about this amazing discovery named ‘Cave of the forgotten dreams’ in which he explores how the lives of these humans might have looked like.

Chauvet cave is named after one of the scientists who discovered it, and today it remains closed for public. The paintings in this cave change our perspective of the development of human settlements on the European continent. In addition, they prove that our ancestors were able to create images some 20.000 years earlier than we originally thought.

Out of place artifacts create the greatest confusion among the people of science. One such artifact is The Fuente Magna Bowl, which was found by a villager near Lake Titicaca in Bolivia during the 1950s.

The inscriptions on what appears to be a large stone bowl used in baptisms caused a great deal of controversy because they are written in the Sumerian language.

That is what got this artifact the attribute out of place. Since the discovery, the inscriptions have been deciphered, and its contents suggest that this item was used for rituals or had some other spiritual purpose.

One of the inscriptions says: ‘Take an oath to witness character and wisdom. Witness the deity’s power [to make for you] a righteous soul’.

There is no logical explanation of how an object decorated with inscriptions in a language nobody on that continent could speak got there.  Some science enthusiasts use it as a proof that people in ancient times knew of the existence of the continent we call America, but it is quite difficult to prove this assumption, due to lack of more evidence that would support this claim.

These and other archaeological discoveries have changed our perception of human history forever. Who knows how many other mysteries of the past are waiting to be solved.