For years, an artist with Alzheimer’s disease created self-portraits. His unique yet gradually distorted view of himself is interesting.

The American artist Willian Utermohlen, who was based in the UK, did a brave and outstanding thing. Instead of giving up and doing nothing, when diagnosed with Alzheimer’s disease, he decided to continue his artwork. In fact, he created self-portraits up until the end of his life.

What Alzheimer’s does to the mind of an artist

Alzheimer’s disease does cruel things to its victims’ minds, as many of us may already know. Not only does it attack the memory, but it also attacks visualization, which is key to many artists. Just one year after Utermohlen was diagnosed, he decided to continue his portraits throughout the ravages of the disease. Here is Utermohlen’s self-portrait several decades before the diagnosis of Alzheimer’s disease: 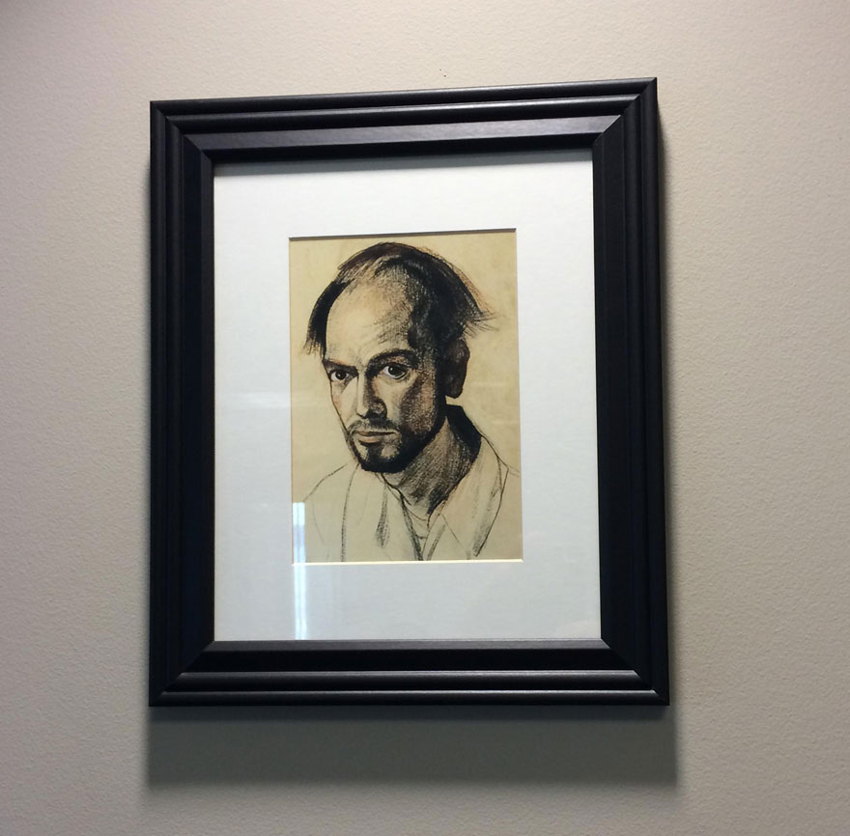 Unfortunately, Utermohlen was diagnosed with Alzheimer’s disease in 1995. But as I stated before, he did not give up at the horror of reality. Instead, he decided to document his journey through how he saw himself. Here is his first self-portrait the following year after his diagnosis: 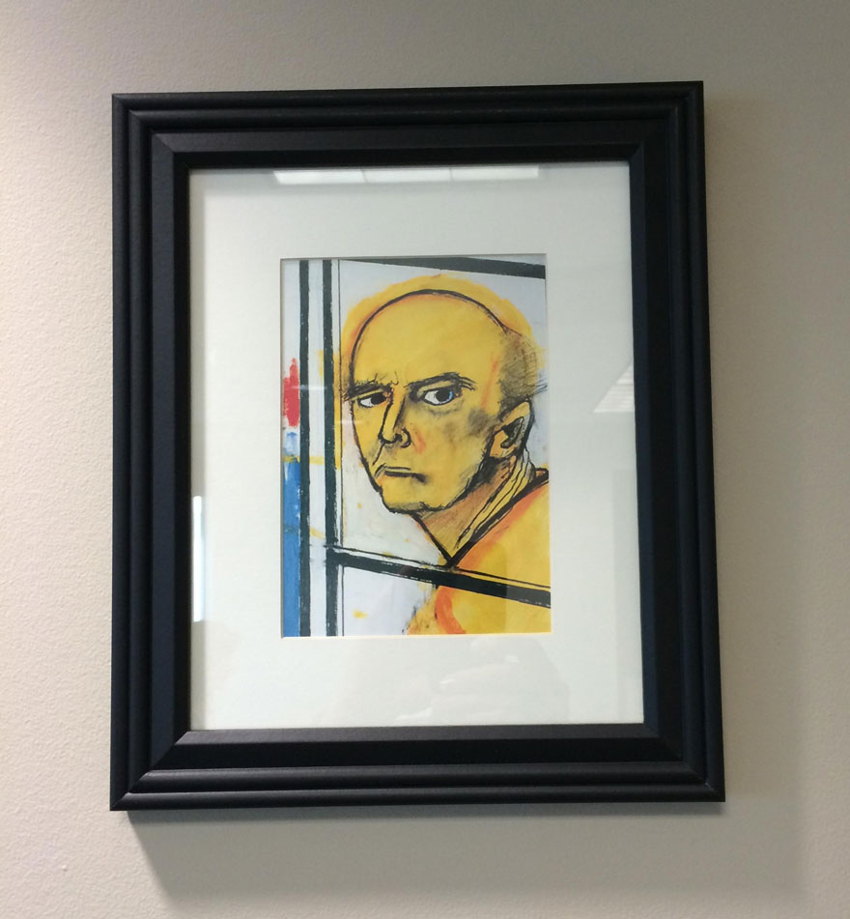 We must take into account that the natural aging process changed this man over the decades. However, as you will notice in the progression of the following portraits, there is more than the age at play. Over time, Utermohlen’s idea of himself changes from more than aging. Look for yourself. First, here’s another from the same year: 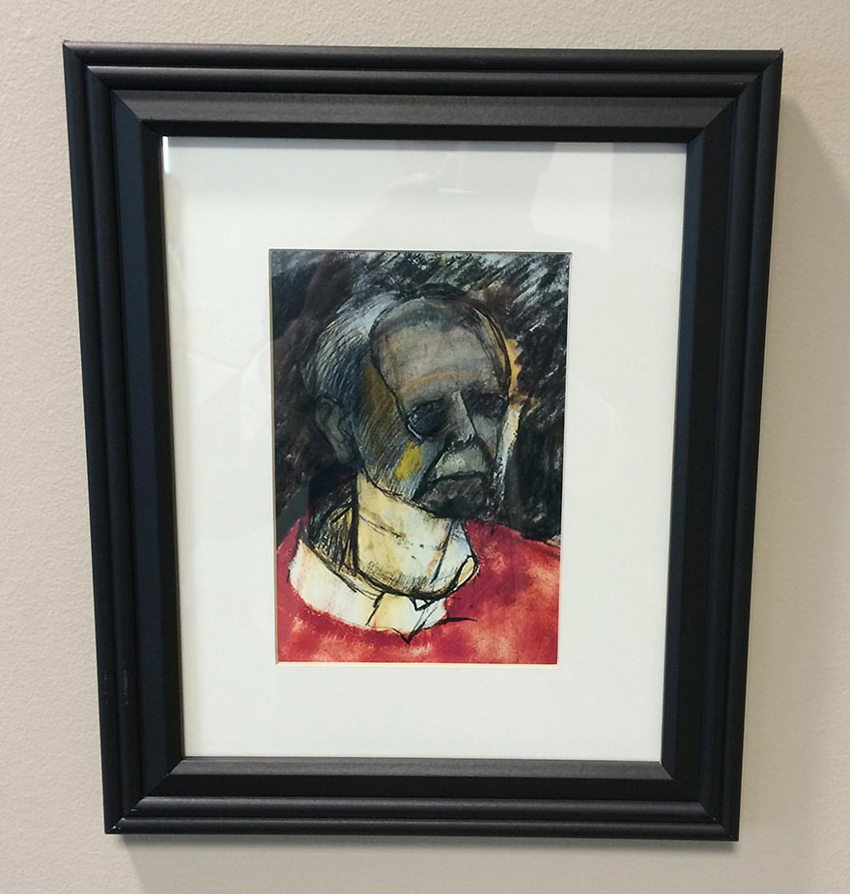 I cannot tell you what Utermohlen was thinking, but I can give an opinion. In this second portrait from 1996, he seems to feel the darkness of his disease creeping into his mind. The confusion and depression may be present at the time of this portrait. But we will never know what was truly going on inside his thoughts during this work. 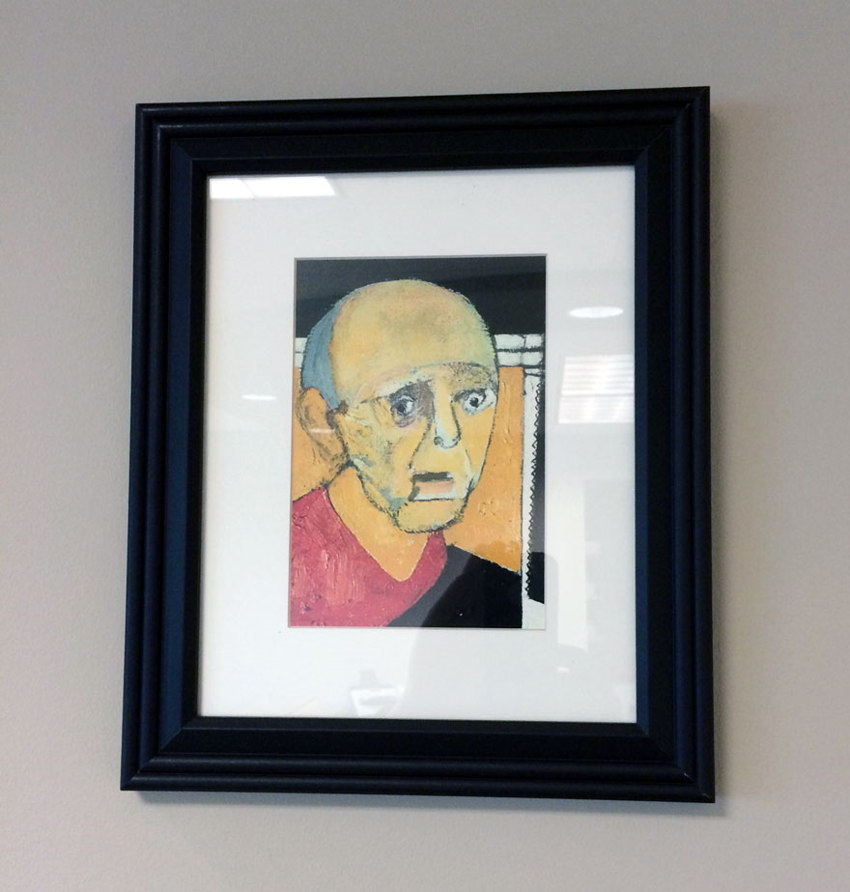 Another year passes, and there doesn’t seem to be much change in his work. The only thing I can see here is Utermohlen’s strength and his ability to remain lucid despite the work of his disease. You can see both, but you can also see the artist’s relentless fight to produce beautiful renditions of himself. 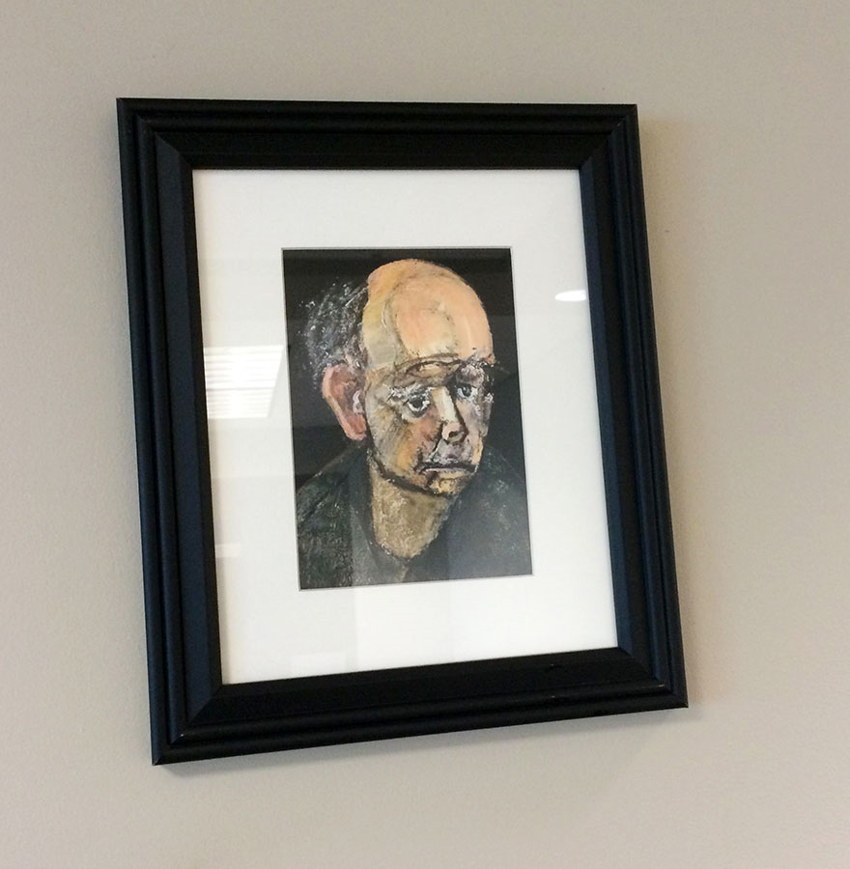 Another from the same year. The struggle here is evident. 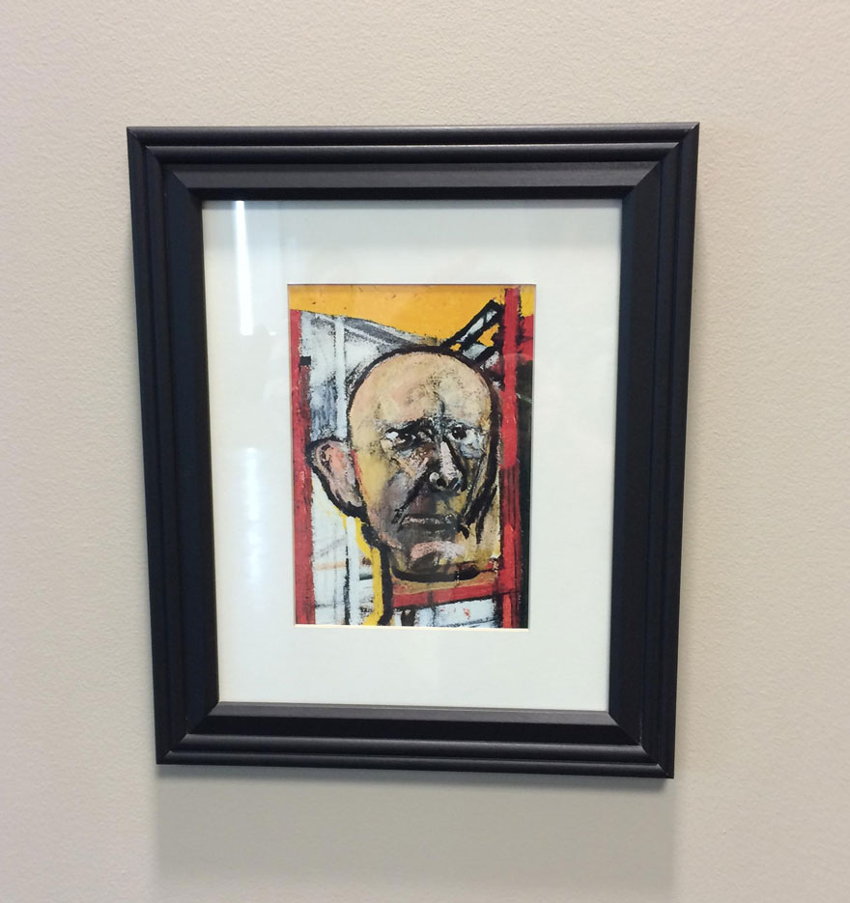 This self-portrait from 1998 makes me feel sad, much more than the rest. It’s as if Utermohlen feels himself shrinking and withering away… whoever he is. Alzheimer’s disease, a cruel monster, makes you feel helpless and makes you forget exactly who feels this way. Not only do you forget everyone you knew, but you forget everything within whoever you are as well.

Strangely, there is still a beauty in the colors of this one, and even in the helpless smile that the artist with Alzheimer’s tries to convey in both the mouth and the eyes. 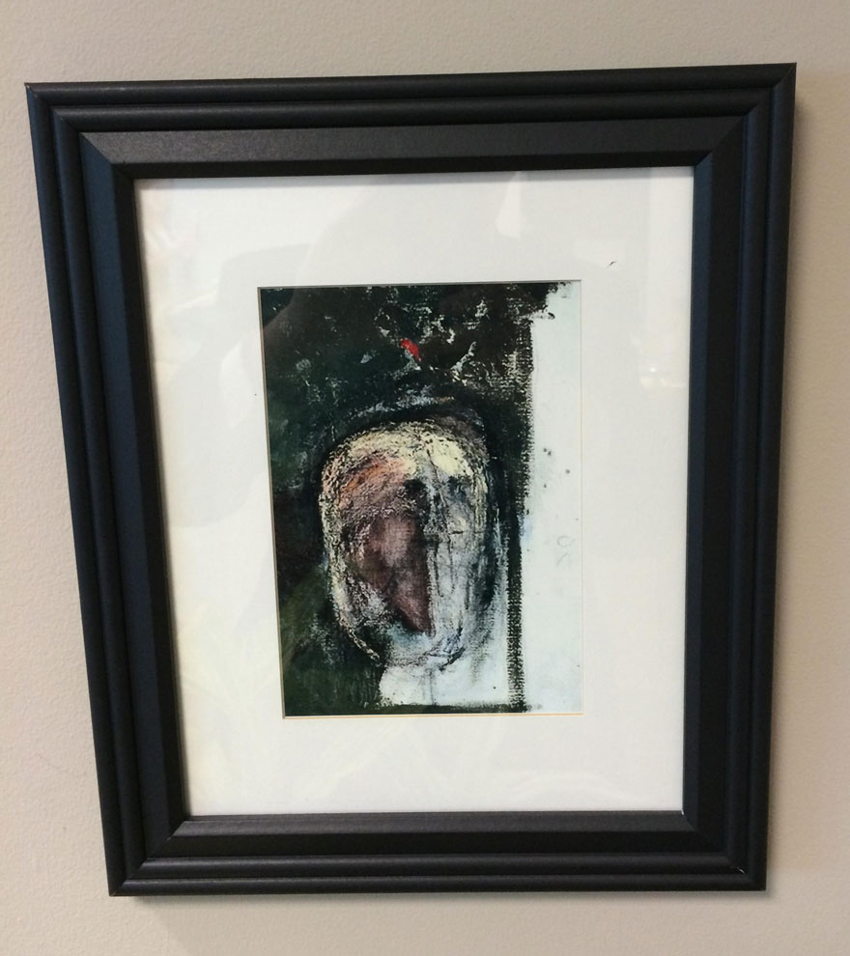 At first glance, you may not see a face at all, but if you look closely, you may see two. Is Utermohlen, the Artist with Alzheimer’s, trying to create the younger face he knew or the stranger’s face he sees in the mirror? Maybe he is creating both simultaneously. 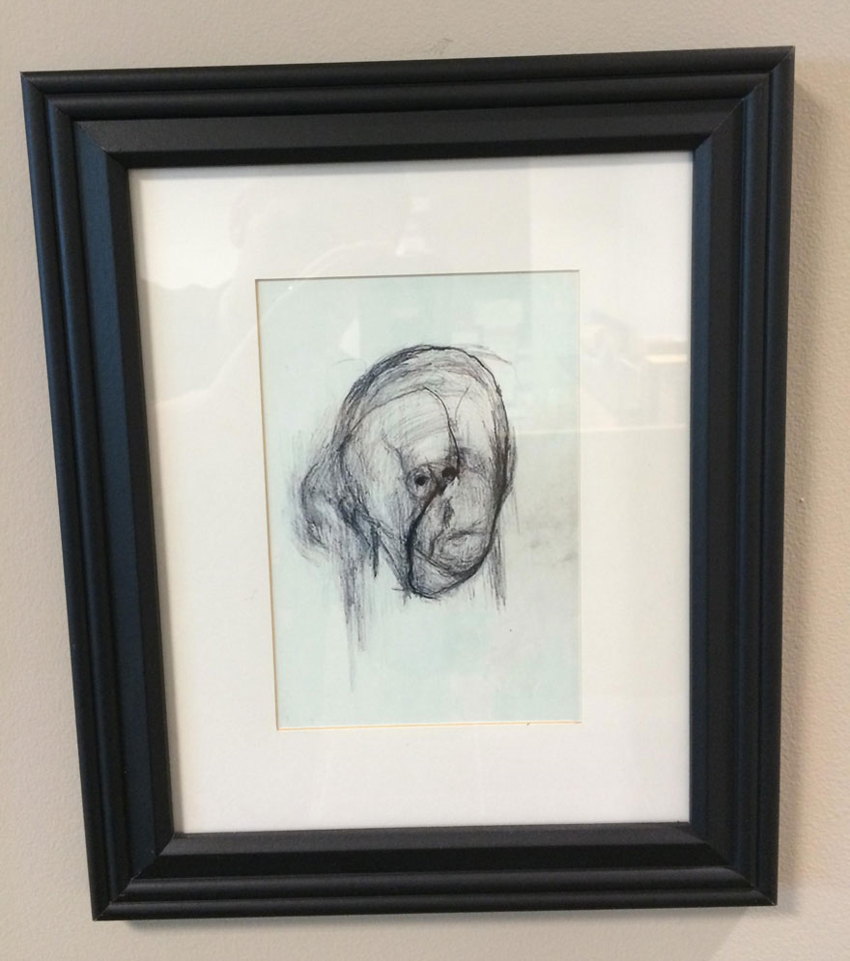 Finally, this is the last portrait our artist with Alzheimer’s completes, to our knowledge, of course. The only thing I wonder about this one is that maybe he is battling with the absolute memory of how to draw a face at all. But I will leave that assumption where it is. You can decide for yourself.

Patricia, the artist’s widow says this,

“In these pictures, we see with heartbreaking intensity, William’s efforts to explain his altered self, his fears, and his sadness”

His widow knew him the best, and in her essay, she explains the best she can what her husband was going through. My opinions do not matter when it comes to someone so close to him, but it’s interesting to look at these portraits and wonder at the struggles he must have been going through as an artist with Alzheimer’s disease. The mind is a powerful thing, a creative playground, but when it starts to slip away, it’s truly an artist’s tragedy.

What are your thoughts?