Once upon a time, in a picturesque piece of country land on the border between Suffolk and Essex, a man of God decided to make a home for himself and his family. His name was Reverend Henry Dawson Ellis Bull, and he would end up living in that home with his family of fourteen. 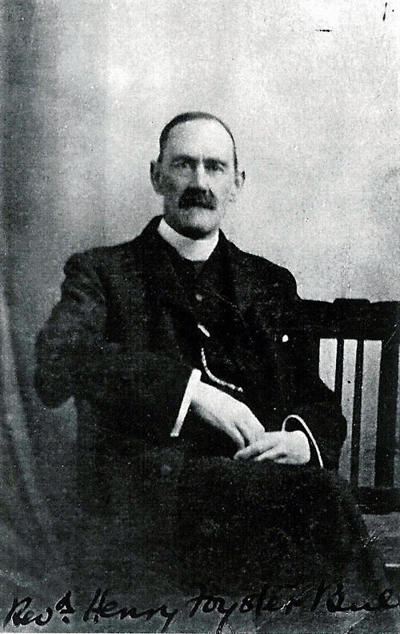 So, in 1862-1863, a year after being named rector of his somewhat secluded parish, Bull built what would be later become known as the Borley Rectory. Little did he know, unfortunately, that the land he chose to exercise his holy duty on was anything but sacred.

In fact, Borley Rectory is now widely known as one of the most haunted places in the whole of England. From witches to ghosts to many other paranormal phenomena, the Rectory has become a site of unexplained experiences and a favorite of paranormal investigators across the world. 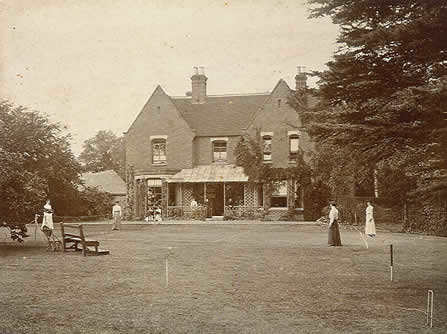 Before gaining the notoriety it enjoys today, Borley Rectory was not too notorious as a site of hauntings. The grisliest detail in the land’s history was the fact that Bull built his new home partly on the remains of a structure that had previously perished in a fire somewhere around 1841.

Soon after the Bull family settled down on the Rectory, however, the first incidents began. Initially, the family did not have too much to report; footsteps in the night, maybe, or prickling of the hairs in certain spots of the house.

The most notable incident involved the Bull’s daughter, Ethel, hearing footsteps and rapping outside of her bedroom door during nighttime. Her ordeal climaxed when she reported an unknown entity slapping her as she slept.

But on a hot July day in 1900, a nun first appeared to four of the Bull children. The Borley nun would go on to become one of England’s most well-known apparitions.

Ghost hunters quote the legend of a Benedictine monastery supposedly built in this area in about 1362, according to which a monk from the monastery conducted a relationship with a nun from a nearby convent. After their affair was discovered, the monk was executed and the nun bricked up alive in the convent walls.

Later on, the legend was discredited, but nobody can ever know with certainty. It is speculated that the unfortunate nun’s name was Mary Lairre and that her ghost laments her unfortunate fate to this day.

The age of exposure

Borley Rectory and its haunted inhabitants remained relatively unknown outside of their close-knit community until approximately 1927. Around that time, another family decided to move in Borley Rectory. Mr. and Mrs. Smith did not, however, remain in their new house for long. Unlike the Bulls, they did not take too well to the other inhabitants of the Rectory.

Aside from the usual nun sightings, the Smiths also experienced auditory paranormal phenomena, such as the sound of bells in the night. Not only that, but they reported seeing ghostly apparitions of a horse-drawn carriage in the dead of night.

The cherry on top must have been the incident when Mrs. Smith opened one of the kitchen cupboards, only to discover a human skull inside.

Around 1930, a new family of three moved into Borley Rectory. It consisted of the Reverend Lionel Foyster, his Wife, Marianne, and their daughter. For a time, Marianne seemed to have become the point of focus for the spirits, since she was the one reporting all kinds of phenomena, mostly auditory, all of the extreme intensity.

However, she later revealed herself as having fabricated her reporting. Her goal was to cover up her extramarital affair with one of the other lodgers in the Rectory.

The rest is paranormal history. The Smiths evacuated Borley Rectory, but not before bringing the matter to the attention of the Daily Mirror. The occult-research related Society for Psychical Research followed soon after. This was when the haunted building caught the attention of a larger audience.

Renowned researcher Harry Price visited Borley Rectory in 1929. According to sources, upon Price’s arrival, the phenomena had begun to increase in intensity. They took on a more violent character, such as object throwing, mirror messages, and other similar incidents. 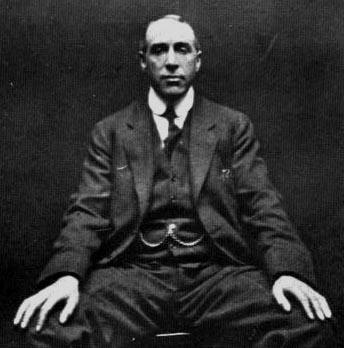 One day, Price even reported seeing the ghost of the late Henry Bull himself, the original rector of Borley Rectory.

Price would later go on to write a book based on his work in Borley Rectory, titled “The Most Haunted House in England – Ten Years’ Investigation of Borley Rectory”.

He would return to the building during the 30’s, when he took out a year-long rental agreement with Queen Anne’s Bounty, the owners of the property, and recruited a corps of 48 “official observers”, mostly students, who spent periods, mainly during weekends, at the rectory with instructions to report any phenomena that occurred.

The researchers claimed to have made contact with the spirits, most notably the nun spirit, which constantly pleaded with them to assist her in escaping her tethering with the mortal world. In one of the most shocking findings during a séance, a ghostly voice predicted that a terrible fire would soon take place, and all the spirits would join.

The demise of Borley Rectory

Unlikely as it may sound, soon after this otherworldly prediction, Borley Rectory did burn down to a significant degree. The cause was an oil lamp.

To this day, nobody knows whether this was the result of an accident or a result of spiritual activity. During later decades, researchers and technological advances discredited many of the stories surrounding the Rectory, but the mystery still remains.

What do you think? Was it all a sham? Or is Borley Rectory a portal to a world we cannot hope to ever comprehend?

Sofia Papadima, LL.B.
Contributing writer at Learning Mind
Sofia Papadima has a bachelor's degree in law. She is moonlighting as a writer and aspiring to one day gather enough experiences and turn them into ink and paper. The intricacies of the human mind and its peculiar ways have always fascinated her and urged her to explore more, not only humans but humanity as a whole, hopefully leading her to interesting findings. She is a literature, music, and movie geek to boot.