We have known, for a long time that there was more to the universe than stars.

In fact, the ability to remain on the earth, without falling off, while it spins, is testimony that something else has a drastic effect on…well, everything. When we look deeper into this phenomenon, we find dark matter.

What and where is the dark matter?

Dark matter is invisible, but we know it exists. A broken or uneven pane of glass proves the existence of dark matter. This broken glass can be used to calculate the thickness.

This is due to the distortion of light rays passing across the surface of the glass. The effect is called gravitational lensing.

The Dark Energy Survey used gravitational lensing to map dark matter. The findings were astonishing. It seems that dark matter is like scaffolding that holds the universe together.

This scaffolding has been around since the big bang, congregating thousands of galaxies where the filaments cross. With the Blanco Telescope in Chile, black crisscrossed sections of dark matter filaments, with high concentrations of stars, were discovered.

Now that we know where the dark matter lies, we need to know what it is. To understand the substance of the dark matter, scientists use a particle accelerator to speed things up. As particles collide, we can view the results.

Since Lord Rutherford discovered atoms in 1908 and the Large Hadron Collider CERN became our biggest experiment of recent times, since the principle has been in the forefront. Why can’t we capture dark matter? Why can’t we interact with this substance?

Dark Matter and the Galaxy

There are three basic components in the formation of a galaxy: dark matter, stars and gas clouds. When galaxies collide, stars aren’t affected. It’s the gas clouds which ran into one another and are pulled to a complete stop by gravity.

Dark matter is the happy medium, with characteristics falling somewhere between silent and violent. This information should reveal dark matter’s properties.

In studying the bullet cluster, astronomers have found that dark matter interacts little with its surroundings. In fact, it almost keeps up with the stars in avoiding a collision. One viewpoint or freeze-frame was used to construct a 3D scene of a movie that lasts 100 million years.

Seventy-two collisions were observed within a galaxy cluster. Viewing as many moments in time as possible is how we gained understanding that dark matter is not a social entity. 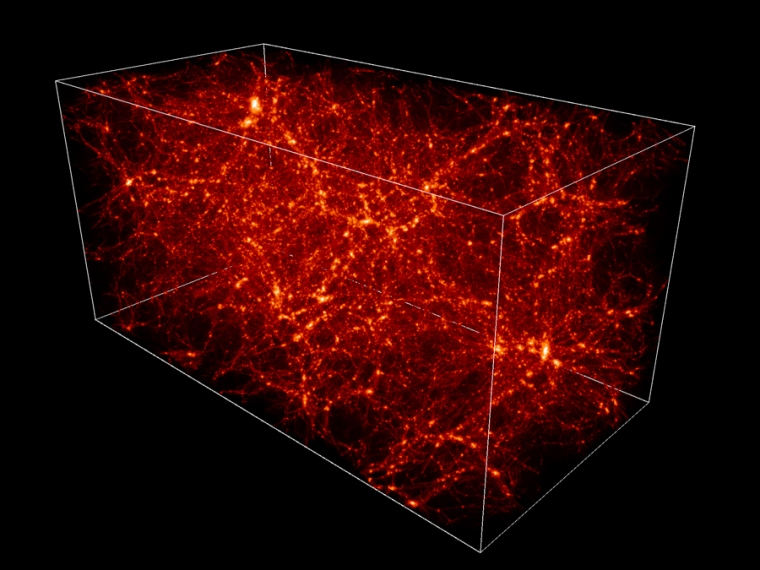 On the seventy-third collision, observations using individual galaxies were reported. These galaxies remained together allowing large gravitational force to swing around and back into themselves.

Even the tiniest amount of friction would transform dark matter into a lagging pull behind the stars. This collision took place much closer to earth and used a lens to provide the perfect angle. This sensitive experiment showed that dark matter is offset from the stars.

Gases in this experiment were slowed to the point of dissipation. Since the calibration of gases were one point in which to measure the behavior of dark matter, we have to find another way. Unfortunately, one of the other ways to measure this collision was eliminated due to an offset of friction.

Although we cannot think of any explanations for offset visible stars or dark matter, Durham University’s institute for Computational Cosmology, which runs the world’s biggest supercomputer simulation, and the Institute for Particle Physics Phenomenology just may have the answer!

Simulating millions of cluster collisions with physics, we may be able to reproduce the offset.

One more question riddles our brains. What if the dark matter could react to something other than gravity?

If two particles of dark matter interact, they need a force carrier particle to interact through. Could this be the key that reveals what dark matter really is?

For 80 years, scientists have wondered if there was a parallel universe, a dark and mysterious alternate reality. With studies on the dark matter, who knows what uncharted territory awaits. The experiments will soon tell!