The concept of DNA memory claims that both of your good or bad experiences will be inherited by your children and even grandchildren.

Fear can be transferred from parents to children and grandchildren, claim U.S. researchers in their article published in the journal Nature Neuroscience.

For example, if your ancestor drowned, it is likely that you will have an irrational fear of water. And your children might have it too. If he died in a fire, you and the members of the future generations of your family might be afraid of fire. Similarly, the subsequent generations may inherit the love for certain products and activities.

In other words, the offspring may inherit the responses to the things experienced by the previous generations. There is even a hypothesis that they also may inherit the memory of those and other events.

Now, a research team of the Yerkes National Primate Research Center at Emory University explored this phenomenon and came to some pretty interesting conclusions.

Kerry Ressler and Brian Dias conducted a surprising experiment, which was described in the journal Nature Neuroscience.

The team experimented with lab mice and found that a traumatic event can leave an imprint in the DNA of sperm. It, in turn, can transfer phobia and thus affect the brain structure and behavior of future generations even if they have not experienced the same painful event.

The experts believe that their discovery is important for the research and treatment of human phobias and post-traumatic and anxiety disorders through interfering with the mechanism of memory of the patients.

The researchers connected electrical wires to the floor of the room with male mice. Periodically, the current was switched on, and mice were in pain and ran away.

Electric shocks on the legs of mice were accompanied by the smell of bird cherry, specifically acetophenone, the main component of this smell. After a series of repeated experiments, the scientists stopped tormenting the animals with electricity but continued spraying the acetophenone. Having smelled it, mice trembled and ran away from the “deadly” bird cherry.

The most interesting happened in the next phase. The mice that took part in the experiment gave offspring that were never faced with electricity and never smelled bird cherry. After they grew up a bit, the scientists gave them acetophenone. The little mice reacted exactly as their fathers! That is, they startled, jumped up, and ran away!

The DNA memory of the ancestors

It would be rational to assume that the male mice hit with electric current and frightened by the smell of bird cherry shared their experience with the little mice in some unknown way of communication.

However, several series of experiments involved mice that were conceived in vitro and never met their biological fathers. But they also were put off by acetophenone, as if expecting an electric shock.

The transmitting of a phobic behavior occurs via chemical-genetic changes that alter the susceptibility of the nervous system of both progenitors and progeny so that each next generation reacts in a similar manner to the phobic stimulus itself.

The exact biological mechanism is not yet fully understood. The most likely – in the case of lab animals – is that a chemical fingerprint of the odious smell remained in their blood and affected sperm production or, alternatively, that their brain sent a chemical signal in the sperm to change its DNA in a corresponding way.

The researchers believe that the new research provides evidence that applies to the so-called “transgenerational epigenetic inheritance“, according to which environmental factors can affect the genetic material of an individual and this effect can be inherited by offspring.

If the transfer of experience involves epigenetic mechanisms, which depend on the degree of methylation of certain DNA fragments, this leads to changes in the structure of neurons in the particular areas of the brain. Their new configuration is the one to provide a particular reaction to events.

It seems that the degree of methylation is transmitted through sperm, that is, in the male line. And thus, the experience is inherited, creating brain structures that are necessary for triggering the same response to the experience of the ancestors.

According to Professor of Psychiatry Kerry Ressler, from an evolutionary standpoint,

“This transfer of information can be an effective way for parents to “inform” the subsequent generations on the importance of certain characteristics of the environment, which they are likely to encounter in the future.“

Marcus Pembrey, Professor of genetics at the University of London, said,

“It’s time for researchers in the field of public health to take seriously human intergenerational reactions. A complete understanding of neuropsychiatric disorders, obesity, diabetes, and metabolic problems is no longer possible without a transgenerational approach.“

Of course, one of the questions to answer is how many generations keep the biological memory of ancestors and whether, at some point, it stabilizes through permanent changes in the genes of the offspring. 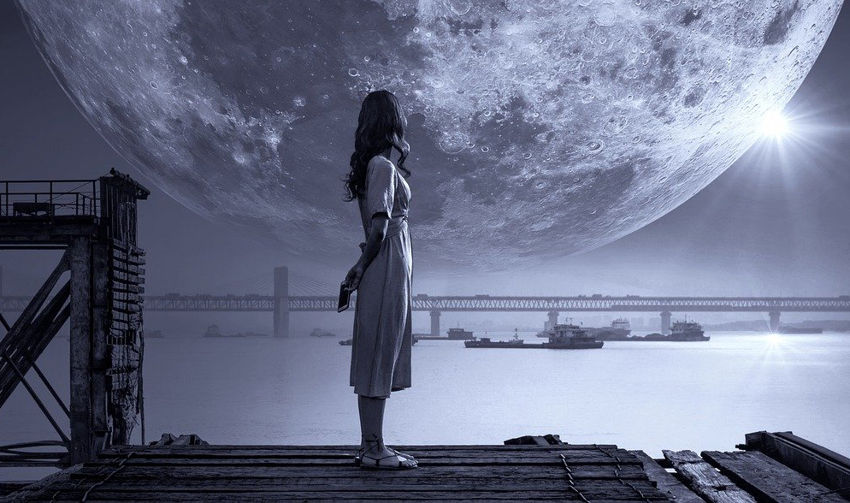 The colleagues of Ressler and Dias believe that revealing the mechanism of transferring the memory of the ancestors, it will be possible to understand the nature of phobias and other mental disorders.

Moreover, it could help explain the mysterious phenomena of the mind, for example, cases when people suddenly start speaking foreign languages or playing musical instruments they never learned or talking about events that happened long ago and far away.

What if DNA memory is responsible for such phenomena? And finally, can it explain déjà vu? When a person thinks that what is happening to them right now already happened in the past… What if it really did?