In the second half of 1960, American television stations had a series of programs featuring a young Israeli Uri Geller, who literally mesmerized the audience, demonstrating his paranormal ability to move metal objects using thoughts.

Perhaps these old shows later inspired the Wachowski brothers to create the famous scene in “The Matrix” movie. Uri Geller could indeed make spoons and keys bend by a flick of his fingers and compass needle to rotate just by staring at it. Once he managed to stop the mechanical Big Ben clock in London with a simple mental effort. It looked as if at the beginning of a space era, humanity has finally witnessed a true case of telekinesis.

The power over metals and metal objects were not the only Geller’s ability. The psychic also exhibited other amazing abilities, for example, he was able to reproduce pictures he had never seen by “memory”. A volunteer was asked to sketch a picture so that Geller could not see it, and Geller would reveal what it depicted using his amazing talent.

Although today, the shows by Uri Geller are explained as neat tricks, they caused a powerful wave of enthusiasm and interest in the paranormal that swept the Western world during the 1970s. During this time, the psychic had become the subject of interest by actual scientists. Legendary Nobel laureate Richard Feynman recalled meeting with him:

“Uri Geller had become quite the center of public madness, the man who was supposedly able to bend keys by simply rubbing them with his finger. After his invitation, I arrived at his hotel to attend a session devoted to mind reading and bending keys. Reading my mind did not go well, I think because nobody was able to read my thoughts anyway. And when my son held out his hand with a key and Geller rubbed this key, it also did not work. He told us that he could do it well in the water. Well, imagine the scene when we all stand in the bathtub with water pouring on the key and Geller rubs it with his finger. So I never get the chance to study this phenomenon”.

A less skeptical insight into this phenomenon was offered by Stanford’s scientists Harold Patoff and Russell Targ, who invited Geller to study his psychic abilities, which he readily agreed to. Several experiments took more than a month to conduct.

To start, Geller was asked to reproduce drawings created and sealed in envelopes before the experiment started. Some of these drawings were looked at by the researches so that Geller could “read out” this information from their minds if he indeed possessed such ability.

Other drawings were unknown even to them. And despite the fact that in most cases, Geller was unable to perform the task, and in some cases, he could not even think of what to draw, some of his drawings strikingly resembled the original version (interestingly, some of the drawings were mirrored, for example, if it was an image of a car, Geller’s picture had the car moving in the opposite direction).

Another experiment was to test Uri Geller’s ability to detect hidden objects and substances. Of the 10 completely identical aluminum cans, he was asked to choose the one that contained a hidden object. It could be magnets, ball bearings, warm water, or sugar cubes. Geller was not allowed to touch cans and was told to select empty cans one by one, pointing a finger at them, until only two remained, and he had to locate the one containing the hidden item.

The method looked excessively complicated, leaving many loopholes for cheating. But during this experiment, the psychic astonished everyone. At first, he would make long passes with his hands over the cans, but soon, his sensing ability improved, and sometimes, he immediately named the correct can just as he entered the room. Of the 14 attempts, only two times he did not make the right pick. It is very hard to believe in guessing with these kinds of odds.

Another test, which showed Geller’s incredible ability, involved guessing numbers that showed on a dice after it was shaken inside a tightly-closed metal box. And again, there were only two incorrect guessing attempts and 100-percent accuracy in the remaining eight. At the same time, the psychic was not as lucky in “dealing with metal objects”. Under the watchful supervision of scientists, he could not bend a spoon or any other metal items using the power of thought.

The scientists’ report appeared in Nature in 1974. Authors generally rejected the existence of Uri Geller’s telekinetic abilities but made a comment that some of their findings required further studies. The research methods used in the experiment have caused a storm of criticism in the scientific world, perhaps, just as much as Geller’s amazing “super-abilities”, but they did not impact his career.

For many years, he had appeared, and continues to appear on television, eventually becoming a superstar of the “paranormal world“.

Given all this, it is hardly a surprise that soon enough, a Geller’s follower came into the light. The “Amazing” James Randi bent metal spoons in front of spectators with equal success. But unlike Geller, Randi did not mention any paranormal abilities, he was just a showman and illusionist, moreover, a well-known skeptic and atheist.

Randi’s secret was very simple: just before his performances, he “kneaded” spoons by bending them in the right place several times. On stage, only slight pressure required to bend them, supposedly “softened by the power of thought”. The Amazing Randi explained all these secrets to viewers immediately after the show.

This story reached its climax in 1973 when Randi and Geller were both invited to the famous television talk show with Johnny Carson (he had some experience performing as a magician and was extremely skeptical about Geller’s abilities).

Randi told him to start with preparing his own set of spoons, aluminum cans, drawings, and other items for the psychic, which would be unavailable to Geller before the beginning of the show. As a result, Geller did not perform well during the show, he was obviously nervous and could not demonstrate any paranormal abilities.

The popularity of the psychic, however, was hardly affected, and his career reached its peak in the following few years. Geller had even announced that his services are used by oil producers and mining companies to search for new deposits. 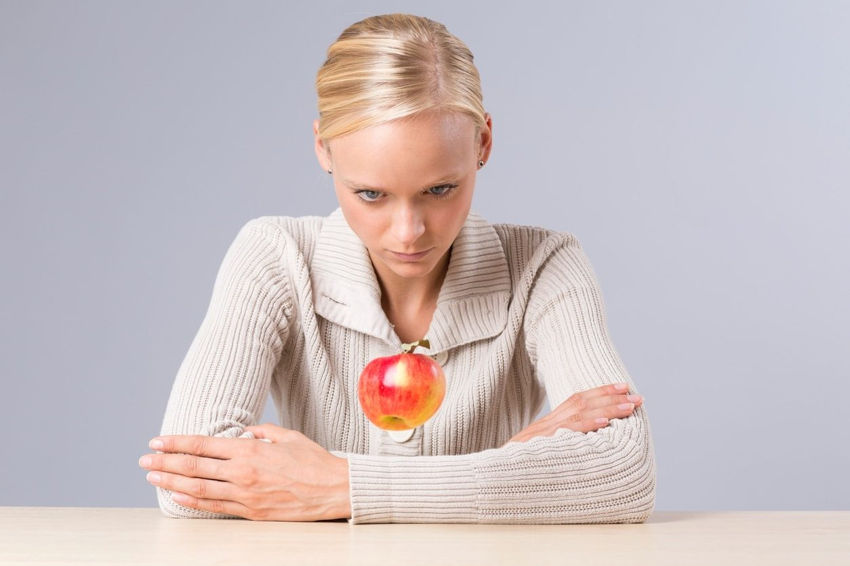 During the peak of his popularity, dozens of Geller’s followers have claimed to be able to bend metal spoons. Because of this attention, in the late 1970s, American psychologists at McDonnell Laboratory for Physical Research tried to involve more of these individuals in their studies.

James Randi turned to these scientists, offering his help in identifying possible frauds, but they did not accept his services. Even without his help, they eliminated almost all applicants, leaving only two, Mike Edwards and Steve Shaw. In a multitude of experiments that followed, both of them showed “miracles”, deflecting a compass needle, bending whole sets of dinnerware, reproducing drawings, and even making small objects levitate. It looked like “paranormal phenomena” had been finally confirmed by science.

Everything fell apart four years after the experiments have started. Edwards and Shaw, already very well known psychics at that time, had a press conference and publicly revealed,

The truth was that we are not psychics. All this time, we have just fooled people.

Both explained that they actually become participants of a more sophisticated experiment conducted by the Amazing Randi.

In front of astonished journalists, Edwards and Shaw performed many of their own stunts, which, for the most part, were simply elaborate tricks. For example, in some cases with bending spoons, they were able to switch the labels on the experimental items, so that the strict measurement of angles before and following the experiment showed changes for two spoons at once.

In other experiments, they simply bent a spoon with a hidden hand deftly diverting the attention of those in charge of conducting the experiment. Many experiments with telekinesis used hidden magnets or blows of air.

It’s funny, but some paranormal researchers refused to recognize the facts revealed by Edwards and Shaw, accusing them of fraud but not because of their supposed paranormal abilities but of revealing them so that it seemed as if they had decided to hide their psychic abilities for some reason.

Uri Geller and His Abilities

However, after the triumphant success of the “Project Alpha”, the popularity of Uri Geller became to fade. It got to the point that in the late 1980s, a British businessman quite rudely promised to pay him a quarter of a million pounds if he could perform bending metal spoons in a controlled experiment. Geller did not show any interest in participating.

To this date, he assures the audience in the paranormal nature of his shows, although he admits that many of these tricks may be faked by dishonest imitators using dexterous manipulation. However, some of the results shown by Geller in those first experiments at Stanford still cannot be explained, even though they cannot be repeated.

Meanwhile, the reward at stake is considerable, James Randi and his Foundation James Randi Educational Foundation (JREF) already offers one million dollar reward to anyone who can demonstrate paranormal abilities in a controlled experiment.

A little more than a thousand contenders applied to receive this million-dollar reward, but no one was able to win it. This includes the greatest Uri Geller himself, who did not dare to meet with scientists again.

Today, the famous psychic is devoting his time to artistic creativity, designing clothes and jewelry, and no longer bends metal spoons. However, he can still be seen in some TV programs showing all kinds of spinning tables.