There are many people who have a phobia of poisonous snakes, but whether we like it or not, snakes feature in our waking lives. We use them to describe certain attributes in other people. For example, a ‘snake in the grass‘ is someone we don’t trust. Snakes are symbolic. From the very beginning in the Bible, a serpent beguiled Eve in the Garden of Eden and tempted her to offer an apple to Adam. But what do dreams about snakes mean?

What Is the Meaning of Dreams about Snakes?

Snakes feature a lot in dreams. But are dreams about snakes still symbolic of the tricksters and deceivers they are in waking life? Or, like dreaming about death, is their meaning reversed, and can they represent honesty and truth?

The main reason we dream about snakes is that we worry about something in our lives. But snakes are also phallic symbols and represent the men in our lives. The two greatest dream experts – Sigmund Freud and Carl Jung had conflicting theories regarding snake dreams.

Freud believed a dream about snakes was an indication of repressed sexual desire whereas Jung regarded snakes in both a negative and positive light.

I couldn’t go any further without mentioning possibly one of the most famous dreams about snakes in the world. Freud’s patient – Anna O, came to him suffering from a series of ailments including hysteria, paralysis, and hydrophobia.

After many talking sessions with Freud – Anna recounted a dream in which a black snake bit her sick father in a bed next to her. In her dream, her arm was paralyzed and she could not stop the snake from biting her father. Even worse, her fingers then turned into tiny little black snakes.

Freud believed that Anna subconsciously wanted her father to die in order to put him out of his misery as he was so sick and suffering dreadfully. After recollecting this dream, Anna’s paralysis disappeared and she returned to normal health.

Jung’s theory is different when it comes to dreams about snakes. He believed that we all have a reptilian part in our brain. This is the wise part of our brain that acts instinctively. As snakes are reptiles he saw snakes as symbols of wisdom.

Snakes also represent healing. In fact, you can see a snake curled around a staff called the Rod of Aesculapius which is the symbol for doctors. Aesculapius was the god of medicine.

Jung also believed that there is a cultural and religious connection to snakes. In the Bible, serpents represent Satan. However, they are God’s creatures. As such, the Bible talks about serpents as having great wisdom because, unlike other animals in the Bible, the serpent can speak.

So that’s what Freud and Jung think. In general, there are three basic interpretations of dreams about snakes:

1. Snakes as a warning in dreams

As in real life, snakes are extremely symbolic. In dreams, they are a warning to be aware of treachery or obstacles in your way because of deliberate sabotaging behavior.

“Snake dreams always indicate a discrepancy between the attitude of the conscious mind and instinct, the snake being a personification of the threatening aspect of that conflict.” Carl Jung

Snakes in our dreams are a warning about a person in our waking life that we don’t trust. Think about the people in your life that you feel might be hiding something from you or you don’t think are trustworthy.

Snakes represent our fears. But they’re also connected to mystery and deviance. What are you worried about that you cannot admit to yourself?

Did a snake bite you in your dream? Consider this a warning.

You will face a period of struggles against unfortunate circumstances. Snakes strike quickly with little or no warning. Therefore, if one bites you in a dream, your struggles will occur without warning and quickly. This includes accidents as well as financial or relationship problems.

If a snake wound its way around you and you couldn’t get it off, this is a warning against treachery where you least expect it. Do you suspect your partner of cheating? Are you suspicious of a family member? Your subconscious is telling you to be careful.

Did you watch a snake charmer in your dream? If so, you are going to have to defend your reputation against nasty gossip-mongers.

Where you surrounded by snakes in your dream?

Did you try but fail to kill some of them? This indicates that the people you trust the most do not have your best interests at heart. However, if you did manage to kill some of the snakes in your dream, you will overcome any treacherous behavior and come out relatively unscathed.

If you walked over the snakes to escape, this means you will actually prevail over those who tried to deceive you and get your own back on them.

Did you play with snakes in your dream? If you were not afraid of handling them you might think this is a good omen, but it’s not. It’s warning you not to be led astray by friends or colleagues who might not have your best interests at heart.

2. Snakes as phallic symbols in dreams 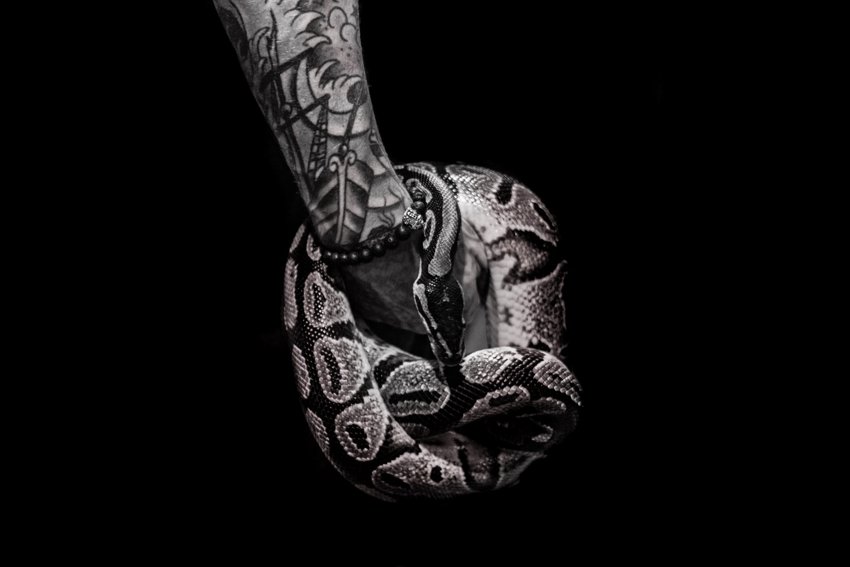 We know that Freud would have a field day if you told him you had a snake dream. In real life, snakes are phallic symbols. It is the same in dreams.

Freud believed snake dreams have associations with male sexual power. The snake is the most important symbol for the male and it means sexual prowess, fertility, and the bond between a male and female. To Freud, snakes represent our hidden desires, whether they are sexual or not.

Snakes are symbolic of sex in dreams, but also warnings about sexual repression or overindulging.

Was the snake coiled around your body and squeezing you? If so, this means you are becoming a slave to your sexual desires and should try and temper your appetite.

Did the snake sit in your lap and go to sleep? If so, you could be repressing your true sexual desires. You need to be open and honest with yourself and your partner.

Snakes in dreams represent the men in your life. Particularly if the snake was sliding into your bed. Is there a certain man you feel attracted to? Remember, snakes represent sexual energy but also a warning.

3. Snakes represent a transformation in dreams

Snakes typically shed their skins, and this can be an indication of change but also transformation. Many cultures viewed snakes as signs of transformation, especially in ancient times. If you dreamed about a snake, whether it shed its skin or not, it could be a sign you are ready to change, or you have entered a period of change.

If your dream about snakes left you with a good feeling, then the snakes represent a positive change. This could be self-awareness, greater self-esteem, more confidence, knowledge, and wisdom. If your snake dream made you feel fear or anxiety, the change maybe for the worse.

Snakes are also symbolic of progress. They move forward and overcome obstacles in their path easily. This progress could be a symbol of healing, or overcoming a hindrance you thought was not possible. 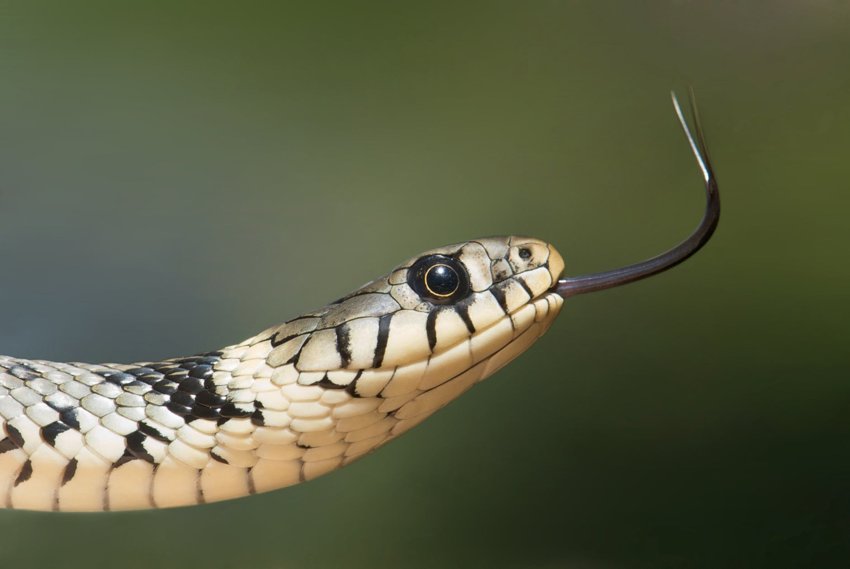 When analyzing your snake dreams, look at the overall context of the dream and ask yourself:

Once you have looked at the overall picture of the dream, now examine two key features:

The snake represents some aspect of your life that is worrying you. Therefore, whatever it was doing is key to interpreting the dream. What did it look like, was it sleeping, coiled, ready to strike, slithering away?

Finally, the snake is telling you that you need to act. You have to pay attention to a situation that will not benefit you in some way. It is a warning and examining your dreams about snakes will help you address the situation.