By recognizing the early signs of Alzheimer’s, you have a chance to help your loved ones who are at risk and give them an opportunity to live a normal life.

Alzheimer’s disease affects nearly 47 million people all over the world. These numbers are enough to bring forth the grim reality that is this disease. Taking a toll on the elderly, it snatches away whatever little peace they have left during the old age. For this reason, it is important to be aware of the early signs of Alzheimer’s so that you can help your loved ones deal with the disease.

Almost 58% of the Alzheimer’s affected population resides in low and middle-income countries. However, with the rapidly increasing numbers, this percentage is estimated to rise to 68% by 2050.

Today, experts are focusing their research on treating Alzheimer’s at its most initial stages with such drugs that can reduce the production and accumulation of amyloid-beta, a type of protein that combines to form damaging plaque around the brain. It, therefore, becomes essential to undergo a medical consultation to make sure you don’t fall prey to Alzheimer’s.

Here are a few symptoms that will help you detect and identify the early signs of Alzheimer’s.

One of the most pronounced symptoms of Alzheimer’s is memory loss. People affected with this disease often tend to forget recently learned information. They find it difficult to remember dates, events, and names.

Alzheimer’s can adversely impact the memory and make you question your ability to remember things. Studies have shown that individuals who tend to be more concerned about their memory and thinking power are more likely to develop plaques in the brains that lead to Alzheimer’s and eventually turns into dementia.

If a person has trouble managing finances, such as keeping track of bills, transferring money into accounts, etc., there are high chances that these are the early signs of Alzheimer’s. This inability often impairs a person’s ability to differentiate between right and wrong and they resort to unlawful activities such as stealing or banking fraud.

As the executive function of the brain slows down and weakens with age, it hampers the ability to multitask. This inability can either manifest itself as difficulties in accomplishing simple tasks such as making and sticking to planned events, remembering a cooking recipe, or troubles in concentrating on tasks involving numbers. Such people also often make errors while balancing checkbooks.

Do you find it hard to read the words on a page? Does differentiating between colors look like a difficult task? Do you struggle to perceive depth or judge distances?

If you face these issues, then you probably should consult a doctor for they are the early signs of Alzheimer’s. Such difficulties hamper one’s ability to drive as the vision becomes very weak and hazy.

Alzheimer’s adversely affects your ability to complete even routine chores and tasks such as using the dishwasher or driving to a location you’ve been multiple times before or even forgetting the rules to the game you play regularly.

Often, Alzheimer’s patients also misplace items by keeping them at odd places and fail to remember where they kept those stuff.

Since people with Alzheimer’s find it difficult to remember dates and events, they often tend to lose track of time. Sometimes they end up being in places without having any memory of how they reached there.

Alzheimer’s also impacts one’s ability to understand the course of events that are taking place in real-time. People suffering from this disease cannot say if something is taking place in the present or has it already occurred.

A known symptom of Alzheimer’s is difficulty in speaking or writing words. People tend to lose their grip over vocabulary and have problems finding the right words to describe things and feelings.

Dr. Reisa Sperling, director of the Center for Alzheimer Research and Treatment at Brigham and Women’s Hospital in Boston, maintains:

“We’ve seen that difficulty following conversations, particularly in a group, can be an early sign of Alzheimer’s.”

It is also a commonplace thing for Alzheimer’s patients to repeat themselves continuously or suddenly pause during a conversation just because they don’t know what to say anymore.

Essentially, they become unfocused and entirely detached from their surroundings. Also, such people cannot recognize sarcasm, which is a sign of brain atrophy.

Given the fact that they find it increasingly difficult to follow or participate in a conversation, they choose to avoid social situations such as hanging out with friends and family. Sometimes, they even start losing interest in their favorite hobbies.

Changes in mood are a common occurrence in Alzheimer’s patients. They often battle with confusion, anxiety, depression, and fear. Trusting people becomes difficult as they mostly remain apprehensive and suspicious about others.

A neurological study showed that people who have trouble falling asleep and depicted daytime tiredness complemented with lapses in memory had more traces of the Alzheimer’s disease in their spinal fluid than those who enjoyed a sound sleep at night.

How to Help a Person with the Early Signs of Alzheimer’s? 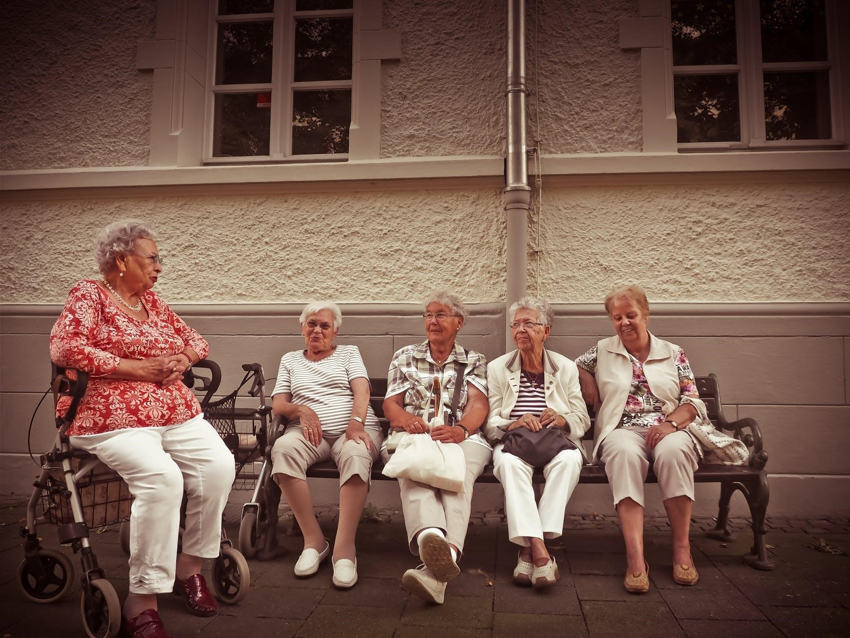 Though the facts mentioned above are just signs and symptoms, they are not to be taken lightly. The thing about Alzheimer’s is that even if one has the symptoms of this disease, they manifest themselves gradually, becoming increasingly evident with time.

To date, scientists and researchers have found no proven cure for this disease. However, identifying the early signs of Alzheimer’s might help reduce its adverse impacts on the life of an individual.

Educate yourself about Alzheimer’s

Having an in-depth knowledge of the disease will help you to respond and communicate better with an Alzheimer’s patient. The symptoms of Alzheimer’s manifest themselves in many ways.

Knowing what triggers a particular sign (mood swings, anxiety, depression) will help you to use a learned approach to tackle these issues and comfort your loved ones.

Alzheimer’s patients often tend to disconnect from the world. In such a scenario, you have to try and foster an emotional bond with them. Dropping off for a visit, sending cards, talking to them, such things show that you genuinely care for them.

Given the fact that memory loss is a major consequence of Alzheimer’s disease, helping a loved one reminisce about the good times is a great way to stir up their memories.

When they start communicating with you, allow them to speak and go with their flow. Talk about how they feel about a particular memory and pitch in a few light-hearted questions. It’ll help them open up.

Encouraging an Alzheimer’s patient to engage in activities such as walks, singing, painting, reading, gardening, solving puzzles, etc. can be excellent for reviving their lost interest.

However, make sure that the activity patterns are kept simple to avoid any harm to the patient and others around him. Also, to successfully engage a patient in activities, first, you need to understand his mood status and level of interest, for you never want to upset them.

Be mindful of your body language

Your body language can affect an Alzheimer’s patient either positively or adversely. Always make sure that you approach them from the front without startling them. Maintain eye contact when you talk to them as it shows you are interested in listening to what they have to say.

Dealing with an Alzheimer’s patient can be frustrating and confusing at times. But remember, they do not choose to frustrate you. They cannot help themselves for it can get overwhelming at times for them.

Each patient has a different way of reacting to things. It may be so that your help is not appreciated initially, but you have to respect their space. Do not get impatient. Let them open up to you in their own time and pace.

With these tips, you can always lend a helping hand to someone who manifests the early signs of Alzheimer’s. Remember, there’s no feeling more wonderful than seeing that your efforts can make a person’s life better.