What is the Fibonacci sequence and where does it derive from?

Why do we find the Fibonacci sequence everywhere around us, from nature to art?

Despite the popular belief that mathematics isn’t related to religion, there is plenty of evidence throughout history that suggests otherwise. If you don’t believe me, just take a look at this Pythagorean prayer:

“Bless us, divine number, thou who generated gods and men! O holy, holy Tetractys, thou that containest the root and source of the eternally flowing creation! For the divine number begins with the profound, pure unity until it comes to the holy four; then it begets the mother of all, the all-comprising, all-bounding, the first-born, the never-swerving, the never-tiring holy ten, the keyholder of all.”

This tradition of sacred numbers was very much alive in the medieval Christian teachings. Each number from 0 to 10 had its meaning. We owe it to the Ancient Greeks and the influence their philosophers had on medieval Europe. That is how the belief that numbers have some mystical meaning became embedded in the fabric of the society we live in today.

As a matter of fact, almost all known cultures related numbers with their beliefs. Does Kabbalah ring a bell? One thing that is in common for all of these religious teachings is that they all try to explain the universe we live in and to find answers to the problems that troubled humankind throughout the centuries.

That is why the discovery of the Fibonacci sequence isn’t an isolated incident in the history of mathematics. It is a result of efforts that started more than a thousand years earlier.

Leonardo, before Leonardo is perhaps the best description of this genius mathematician whose name is much better known than his work. His real name was Leonardo Pisano Bigollo and he is considered to be one of the most talented European mathematicians from the medieval period.

The native of Pisa got his nickname Fibonacci in the 19th century, seven centuries after his death. He lived from 1170 to 1250 during a period in which science wasn’t exactly popular and people often chose to believe in superstitions.

He wrote two books that became influential long after his death. Liber Abaci or (Book of Calculation) introduced the Hindu-Arabic numbers to the Western world, but most importantly, it is the first book in Europe that explains what is known today as the Fibonacci sequence. He didn’t discover the sequence because the Indian mathematicians had been aware of it long before Leonardo of Pisa.

Fibonacci simply introduced one of the most mysterious and intriguing mathematical problems to Western civilization. He explained it in a rather unorthodox way by using an example of the growth of a rabbit population. In the sequence, each number is equal to the sum of the previous two numbers.

Observation is one of the earliest scientific methods humans applied when approaching the issues they didn’t understand. Fibonacci’s spiral can be easily spotted on pine cones, seashells, sunflowers, flower petals, and countless other life forms.

Nobody really knows how and why these patterns occur. The most reasonable explanation would be that the leaves of a flower follow the sun and grow on the part of the flower that has both the most growth hormone and the most sunlight. This sounds convincing but falls short of explaining the sea life forms, for example.

Symmetry is another way to try to explain a mystery that troubled many generations of scientists, philosophers, and mystics. Why are these patterns so common in nature?

We might know what symmetry is, but nobody really knows why it happens. It seems quite possible that the Indian mathematicians, as well as Fibonacci, simply observed the nature and identified a phenomenon for which they found a mathematical explanation. 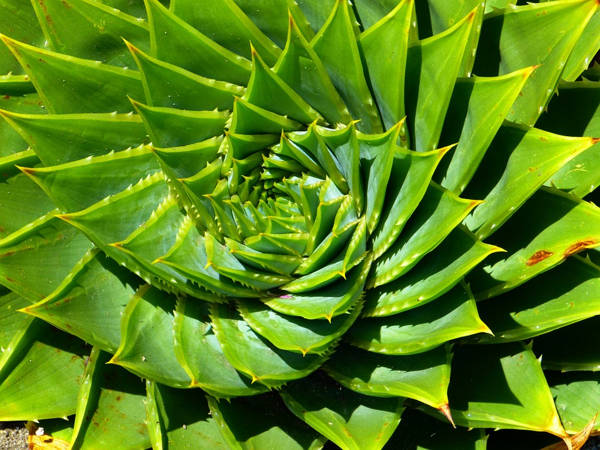 Art imitates life, at least it strived to imitate life during the Renaissance period when the Fibonacci spiral was first used in painting. To paint means to organize the pictorial space and this space is often rectangular.

That is why the Fibonacci sequence found its way into the world of art. The use of simple shapes, such as circles, squares, and rectangles throughout the history of painting had a rather functional purpose. It allowed the spectator to see the picture faster and without difficulty.

The Renaissance period is very important for the story of the deification of the Fibonacci sequence. It was during this time that intellectuals sought to find perfection and associated with anything that they considered to be perfect with the almighty creator of the universe. That is why Leonardo da Vinci often refers to the golden ratio as to the Divine proportion.

Western art in the subsequent centuries looked up to the Renaissance masters. This explains why almost all paintings that use perspective composition also utilize the Fibonacci spiral.

Painting isn’t the only art that uses the laws of the Fibonacci’s sequence. At the same time, the reasons for using it in architecture or music are fairly similar to the reasons for the painters.

Up to the present day, both scientists and artists are frequently referring to Fibonacci in their work. His sequence has become an integral part of our culture and yet, we don’t fully understand it. We can’t explain why these patterns occur, and we are even having difficulties explaining what the numbers are.

Nevertheless, if you pick up a book like Da Vinci’s Code, you will find quite a lot about Fibonacci and his numbers. Still, these references don’t get us any closer to understanding why nature chose this sequence to make some of its most beautiful creations.

We can only marvel at them or think they are God’s way of communicating with us. However, we don’t have the capacity to comprehend its meaning or its significance.