In fact, since the Gunpowder Plot, we still have a tradition where royal bodyguards will search underneath the Houses of Parliament whenever a King or Queen is due to visit.

Who was Guy Fawkes?

But just who was Guy Fawkes? We all have a vague idea about his life; he was the man who tried to blow up parliament. However, his story is much more than that. Sit back and relax. Let me take you on a historic journey of a plot to kill a king, a mysterious warning which backfired and ended in the torture and death of Guy Fawkes. 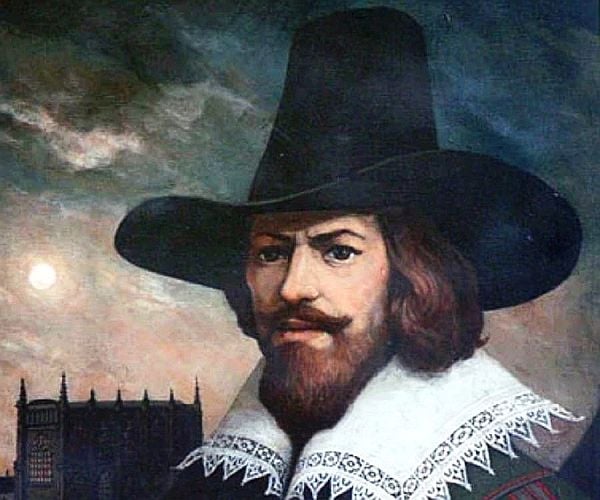 Before we talk about Guy Fawkes Day, we need some background. So let’s get some context. Fawkes lived in troubled times. We can go back as far as Elizabeth I’s reign.

Elizabeth I ascended the throne in 1558. Fiercely Protestant, she created a Protestant National Church. She wanted a religious uniformity across the UK. Catholicism was now a crime. Anyone practising Catholicism faced serious punishment. For example, it was now a crime of treason to print or read catholic books.

Elizabeth didn’t stop there. This religious zealotry affected everyday lives. Anyone with an administrative job, such as a school teacher or doctor, had to swear an oath denying the Catholic Pope. Instead, they had to sign a palace document to state that they recognised the queen as the head of the church.

The problem was that the country was a mix of Catholics and Protestants. Elizabeth ruled these turbulent times until her death in 1603. The people of England hoped her successor – James I – would restore peace to the country.

James may have been a Protestant, but his mother was Mary, Queen of Scots, and a devout Catholic. The Catholics in England hoped that James would show compassion and reason. However, the king kept all of Elizabeth’s rules. As a result, certain factions of society decided enough was enough.

The Catholics hoped that James would be a sympathetic ruler, but he was not. At this point, one person decided to take drastic action. Despite popular belief, that person was not Guy Fawkes.

Robert Catesby is not as well-known as Fawkes, but he was the instigator of the plot against James I government. Catesby came from a wealthy family. By all accounts, he was a charming and persuasive man. One historian describes him:

“He is said to have exercised a magical influence on all who mixed with him.”

Catesby had already decided on extreme violence. In his mind, it was the only way to right the suffering of Catholics at the hand of the English Protestant Parliament. Now he had to convince others. His idea? To blow up James I at the opening of Parliament. He started looking for possible conspirators. He came across a man called Guy Fawkes.

Funnily enough, Guy Fawkes was born a Protestant but converted to Catholicism later in life. He possessed a cool head, intelligence, and he was strong. Plus, he had extensive knowledge of explosives. Catesby had found his man.

Catesby began to put his plan into action. Over the next 18 months, he recruited like-minded conspirators. He rented a house close to the Parliament building. One conspirator lived in the house.

Guy Fawkes, who changed his name to John Johnson, was his servant. All the while Fawkes lived close to parliament, other members of the conspiracy began stockpiling gunpowder. By March 1605, they had rented a storeroom in the basement of the Palace of Westminster.

Now, in the dead of night, Fawkes began secreting the gunpowder into this storeroom. Finally, they had enough gunpowder to bring down the Houses of Parliament. Catesby set the date. Fawkes guarded the barrels at night. Catesby finalised the plans. They were ready to blow up the Houses of Parliament. Everything was in position. However, someone had tipped off one of the lords due to attend.

The Letter That Foiled the Gunpowder Plot

Like most English noblemen, Lord Monteagle was preparing to attend the opening of Parliament. In a mysterious twist that changed the course of history, the lord received an anonymous letter. The letter warned him not to attend the forthcoming opening, and burn the letter after reading it:

“My lord, out of the love I bear to some of your friends, I have a care of your preservation, therefore I would advise you as you tender your life to devise some excuse to shift of your attendance at this parliament.” 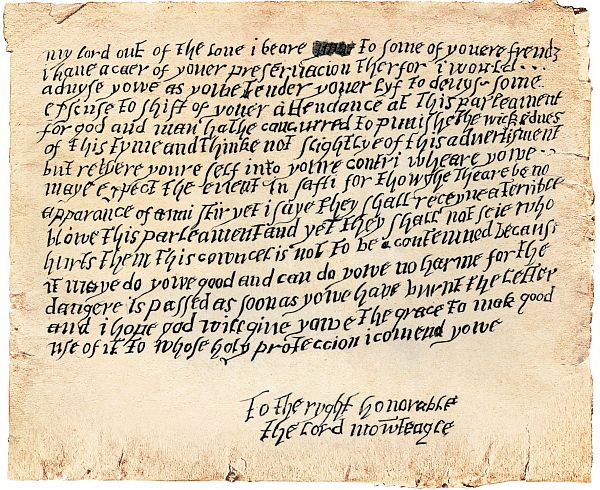 Now, Lord Monteagle was a devout Catholic. This letter had been secreted to him, at great risk, to save his life. But the act of kindness backfired. Lord Monteagle did not burn the letter, nor did he heed the warning. Instead, he forwarded the letter onto a minister of James I.

But who was this anonymous writer? To this day, historians still do not know. But, they suspect it was the lord’s brother-in-law who was one of the conspirators.

As soon as he received the letter, the plot was doomed. James I ordered a search of Parliament where they discovered the gunpowder. Parliament officials found Guy Fawkes hiding behind barrels of explosives in the early morning of November 5th. He was arrested and taken to the Tower of London.

Fawkes was a tough man, after all, that was why Catesby chose him in the first place. For hours and hours, he resisted interrogation. However, on the second day James I authorised the use of torture to elicit a confession. Officials in the Tower tortured Fawkes on the rack. They broke him two days later.

He named his fellow conspirators. However, many had already run, knowing that Fawkes had been arrested. Some were shot while they were on the run. Others were captured and returned to the Tower of London. James sentenced them all to die by hanging for treason. Their bodies would then be drawn and quartered.

“These wretches, who thought to have blown up the whole world of this Island.” James I

January 1606 arrived and the execution date was set. In a twist of fate, Guy Fawkes escaped the noose. He jumped from the gallows and subsequently broke his neck.

James I used the now-defunct plot to try and bring peace to both Catholics and Protestants. He didn’t downplay the significance of the plot. Instead, he stressed that many Catholics were loyal servants of the Crown. James declared 5th November a day of public thanksgiving. We celebrate the date as Guy Fawkes Day.

Today, we celebrate this foiled plot. The fireworks represent the gunpowder and we burn effigies of him on Guy Fawkes Day. Guy Fawkes has entered English folklore, despite the fact he was not the ringleader. It is him we all remember on November 5th.

To this day, a stylised version of his distinctive features of a long chin, wide moustache, thin beard and smiling face are used by protesters across the globe. Guy Fawkes may have failed in his attempt to blow up Parliament. However, his legacy lives on as the face of anti-government protests. 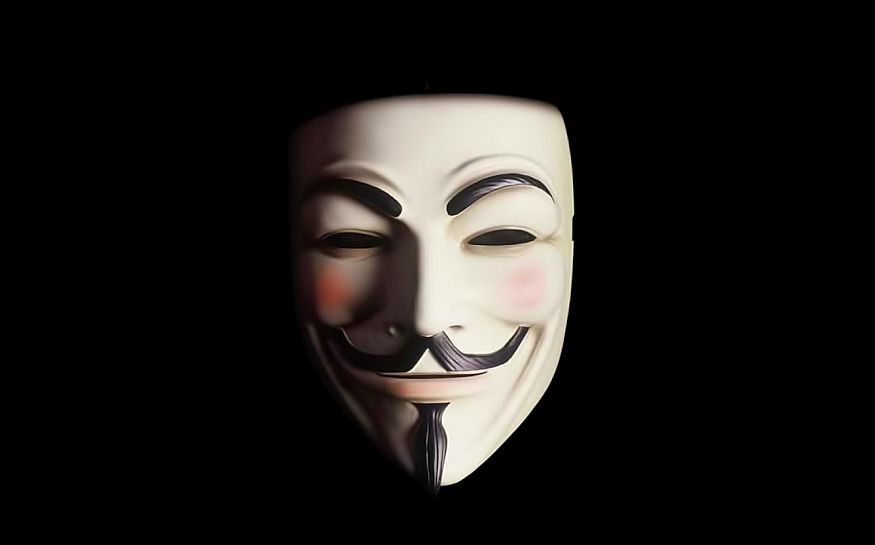