The idea of a holographic universe is a relatively new scientific theory. It suggests a whole new way of perceiving the universe.

However, the concept of the holographic nature of our universe and the questioning of our physical reality have been incited by and explored by humans for thousands of years.

Some ancient philosophers have explored these ideas through their writings and teachings. They have alluded to ideas that the universe and the world we live in, may not be what it seems.

What we distinguish are merely images and projections of a world that we have learnt to understand and call our own. At the same time, the true physical reality of the universe lies beyond what we can consciously perceive.

Therefore, it seems that themes explored in the holographic universe theory have been examined much earlier in our history. But before we scrutinise connections between the ancient philosophy and the modern science, let’s see what a theory of a holographic universe actually means.

What is the holographic universe theory?

The theory is complex, so we will explore the basic aspects of it. We will also recognise what it suggests about our reality.

Scientists from the University of Southampton claim to have found strong evidence that implies that what we understand to be a three-dimensional reality may actually be a holographic depiction on a two-dimensional cosmic surface.

The researchers recognised this after gathering and analysing masses amounts of data of cosmic microwave background radiation. This radiation was a product of the Big Bang – it is remnants of it or has been left over from it.

The scientists studied irregularities in the radiation and the data. Then, they coupled it with existing quantum theory to try and work out the unexplained nature of this mass of microwave radiation.

The complex findings give grounding to the holographic universe theory. It suggests our perception of a three-dimensional universe may actually be a holographic representation by cosmic radiation on a two-dimensional reality.

Think of it as a computer simulation. All that we recognise as reality could be just encoded onto and projected by a two-dimensional surface. The idea purports that all that we see is an illusion. Therefore, our capacity for understanding the true nature of the universe is very limited.

However, it is important to understand that this is just an interpretation of data. There is no solid, factual evidence to support the theory. It is just speculation.

Nevertheless, it does throw up some interesting questions about the nature of our reality. These are questions that have been delved into long before humans had the capacity to carry out such detailed analysis of cosmic data. Intriguing ancient philosophical ideas remarkably explore concepts of reality that are akin to the holographic universe theory.

What is the connection with ancient philosophy?

The observational theory of a holographic universe and the insinuation of our reality being an illusion echoes the words of certain ancient philosophers. This modern science can be seen as a recycled and more advanced notion of what has already been suggested by some of the wisest individuals who have ever lived.

The scientific study alludes to ideas and stories that great philosophers proposed thousands of years ago. Here are some celebrated and well-known philosophers who grappled with the idea that our reality is illusory in such an eloquent and engaging way:

Plato’s The Allegory of The Cave

The Allegory of The Cave is a story conceived by Plato in his famous work, The Republic. It is an idea of reality that is used to theorise his philosophical teachings.

A group of people live imprisoned in a dark cave. These people have always lived there, and believe that it is their whole world. Their perception of reality is entirely the space between the floor, walls and ceilings of the cave. Thus, they have no knowledge or perception of anything beyond it.

A fire burns in the cave and presents shadows on the walls. They are in the shape of all manner of things, such as plants, animals, people and other objects.

Then, one of the people manages to get out of the cave and sees the world in all its glory. They see the colours of the world, real animals, real plants, real people, rivers and mountains inhabiting a realm that would be incomprehensible in the cave.

The allegory is a vibrant explanation of Plato’s Theory of Forms.

Whereby, the ‘Forms’ are things that possess the highest order of truth that we should all work towards to become truly intelligible and good people. The cave represents a false, artificial reality. The outside world represents true reality, which is beyond our realm of perception.

The parallels between the allegory and the holographic universe theory are striking. Even in ancient Greece, the idea of our world being an illusion, and true physical reality being beyond our intelligible capacity was being discussed.

Zhuang Zhou (c. 369BC – c. 286BC) was an ancient Chinese philosopher and principal author of the text, The Zhuangzi. This text contains stories and anecdotes professing foundational ideas of Taoism. It sits along another famous Chinese text called the Tao Te Ching – another foundational text of Taoism (a principal author of which was the ancient Chinese philosopher Lao Tzu).

One story appears particularly synonymous with themes in Plato’s Allegory Of The Cave:

‘The Butterfly Dream’ is probably the most famous of all the stories in the Zhuangzi. In it, Zhuang Zhou dreams he was a butterfly, fluttering about and content with himself, not knowing that he was Zhuang Zhou.

Perhaps it is less vivid than the Allegory Of The Cave, but the principle themes behind The Butterfly Dream are the same. Zhuang Zhou is unsure whether he is the butterfly or the man. He is unsure what is the artificial reality and what is the true reality. Is the man just a hologram masking Zhang Zhou’s true being, or is the butterfly just a hologram?

The playful anecdote throws up ideas about being, reality and our perception of what is real. Are we able to consciously perceive of true reality or do we inhabit an illusion? The interpretations by modern science in the holographic universe theory grapple with the same issues. 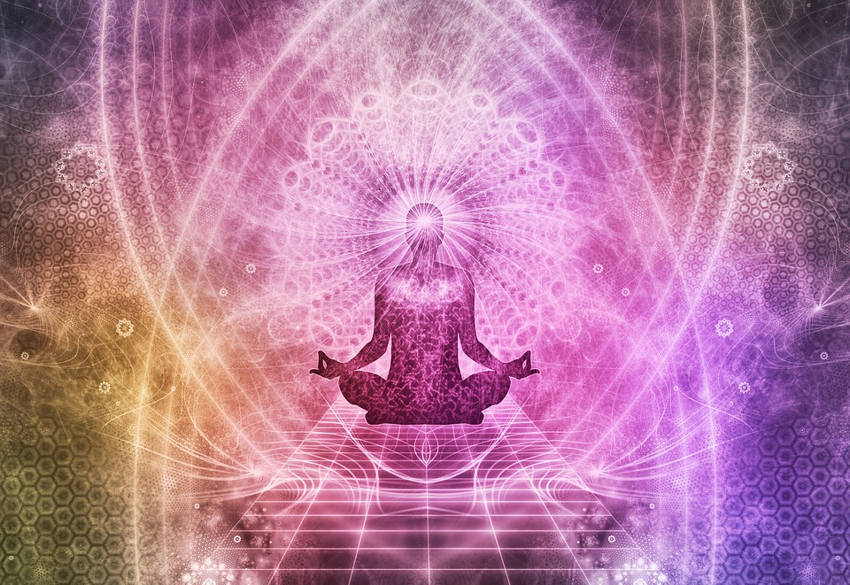 Little needs to be said about who Buddha was. As the leading figure in Buddhism, his teachings spread through much of Asian between the 6th and 4th centuries BC. They taught to pursue knowledge and happiness through peace of mind. What he says regarding consciousness is particularly interesting:

We create an understanding of the world through our thoughts – through what we see and perceive the world around us. Therefore, we become intelligent and knowledgeable individuals through our analysis and interpretations of what we observe.

For example, our consciousness interacts with the world around us. As a result, we build up an understanding of a three-dimensional universe in our minds.

How is this paralleled with the holographic universe theory? The connection is a bit looser and you have to interpret Buddha’s words in a certain way, but the connection is there. Light has to interact with an interference pattern in order to create a hologram – a three-dimensional image.

Our consciousness interacts with what we see around us – the trees, streams, planets and the stars, and we create a three-dimensional image in our minds.

We create an understanding of what the world is by what we can consciously perceive, much like the people in The Allegory Of The Cave. Buddha alludes to a similar idea.

We create an understanding through what our consciousness can interact with. But what if this is creating an artificial reality? Is there more to reality that we can’t yet interact with and understand?

Again, the same questions about the nature of reality arise.

How should we approach the holographic universe theory and these ancient philosophical ideas?

The holographic universe theory is just an observational theory. It raises an interesting hypothesis about the true state of reality, but it is mere speculation.

As well as this, it is important to note that the philosophy we have explored here is part of the wider doctrines of each philosopher. They are not solely committing their thoughts to try and prove the truth about the physical realm. They use stories and teachings to profess their wider philosophical dogmas.

However, it is interesting to see how modern scientific speculation is paralleled with ancient philosophy. It demonstrates the age-old human drive to gain understanding, and the need to think more deeply about our lives to further that understanding.