Your music tastes or the type of music you listen to can actually give big clues into the way in which you think, researchers at Cambridge University have found.

The study, which was published in PLOS ONE journal, focuses specifically on two types of thinking: empathizers and systemizers.

Empathizers are able to tune into the emotions of others whereas a systemizer is more likely to prefer rules and patterns that they can analyze, rather than something as subjective as human emotion.

Why we listen to the music that we choose to listen to is a big debate within the psychological field. What determines if we like a particular singer over another? Why do you like one specific genre over the others?

One of the largest factors over why we favour specific types of music over others, researchers have argued, is explicit traits such as age, but it goes much further than that.

The research team at Cambridge University, led by David Greenberg, a current Ph.D. student, have carried out numerous studies involving over 4,000 participants that looked at the way our musical tastes are influenced by our ‘cognitive style.’

The researchers worked out where participants lied on the empathizer/systemizer scale, including participants who showed signs of both cognitive styles.

“Although people’s music choice fluctuates over time, we’ve discovered a person’s empathy levels and thinking style predicts what kind of music they like. In fact, their cognitive style — whether they’re strong on empathy or strong on systems — can be a better predictor of what music they like than their personality,” claimed Greenberg when discussing his results.

Furthermore, going deeper into the specific genres of music, the results were the same. Greenberg commented on the implications this research could have on the music industry.

He suggests that apps such as Spotify and Apple Music tend to tailor their music to the individual person’s tastes. This opens doors for further personalisation through personality quizzes that determine each individual’s cognitive style of thinking.

The researchers actually went one step further and determined a few songs they believe would suit each cognitive style – which set of songs do you most prefer? 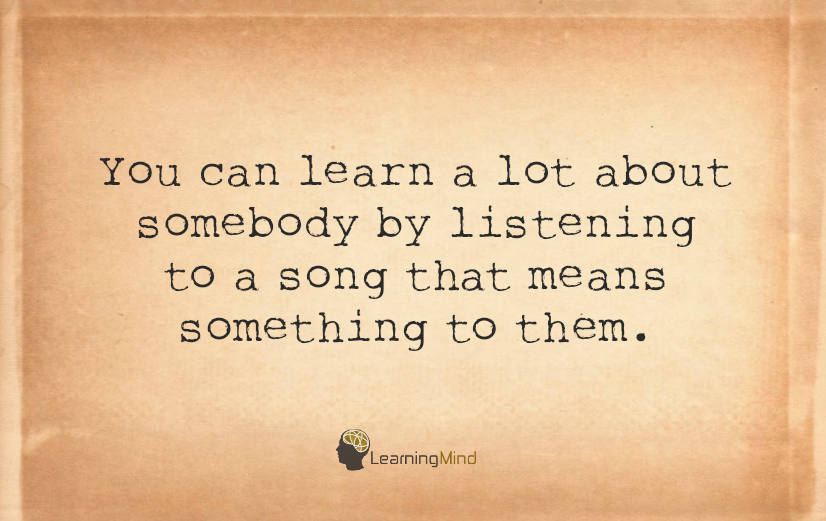 You can learn a lot about somebody by listening to a song that means something to them.
-Unknown