Rob Gonsalves was born in Toronto, Canada, in 1959. As a child, he created imagination–based drawings with the use of various media.

Growing up, he gradually developed an interest in architecture, which was expressed by painting buildings. When he became familiar with the technique of perspective and after continuous practice, he implemented it in his paintings. His early paintings were inspired by the works of surrealist artists Magritte, Dali, Tanguy, and Escher.

His work is known as an expression of magic realism, closely related to surrealism, due to the combination of dream and fantasy with elements of the real world. Although Surrealism and Magic Realism both use realistic and fantastic elements, Gonsalves’ artworks are planned, and not the result of seeing the world through introspection and self-analysis.

His works represent the everyday world in an unusual point of view. Gonsalves uses common objects in uncanny ways. It is rather unlikely for them to happen, but not impossible. So, he adds a sense of magic in realistic scenes, which makes the viewer wonder whether what he sees is an illusion or a true representation.

“Having a magical element in the composition, making it look convincing as if it could happen in three dimensions, is sort of focusing on that believable realistic aspect,“ says Gonsalves. “I use illusion as a device to create a magical effect, as an expression of imagination, a sense of wonder and magic“, he explains.

His technique is extremely detail oriented, with special attention to transitions in order to make them flawless. This is why he produces four paintings per year in a total of 70 paintings. His breathtaking renderings of dreamlike scenes in vivid colors are presented as optical illusions. Each one of his stunning paintings has a different story to tell.

In 2005, his book “Imagine a Day” was awarded the Governor General’s Award in the Children’s Literature – Illustration category. In 2008, the book “Imagine a Place” was released.

His artworks have a strong sense of freedom, proving that imagination has the power to take us anywhere, beyond the limits of the ordinary world. 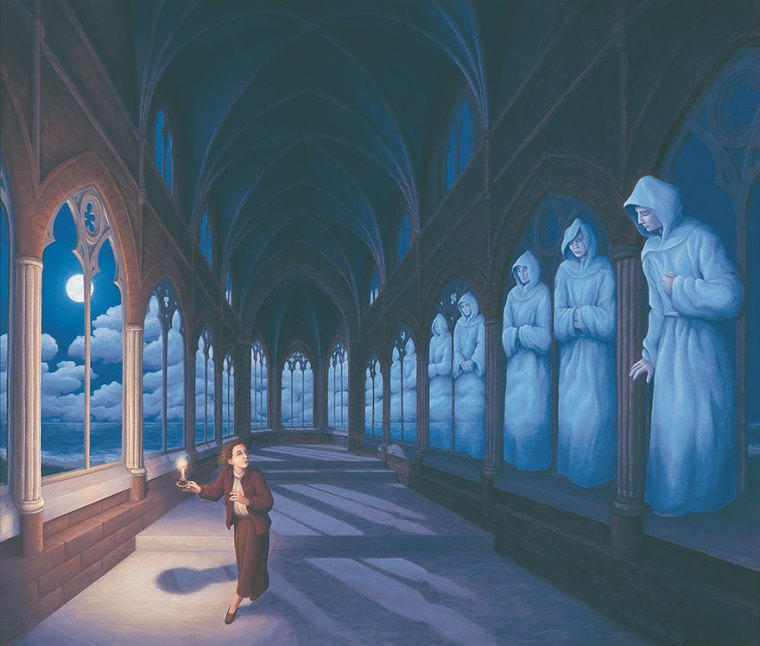 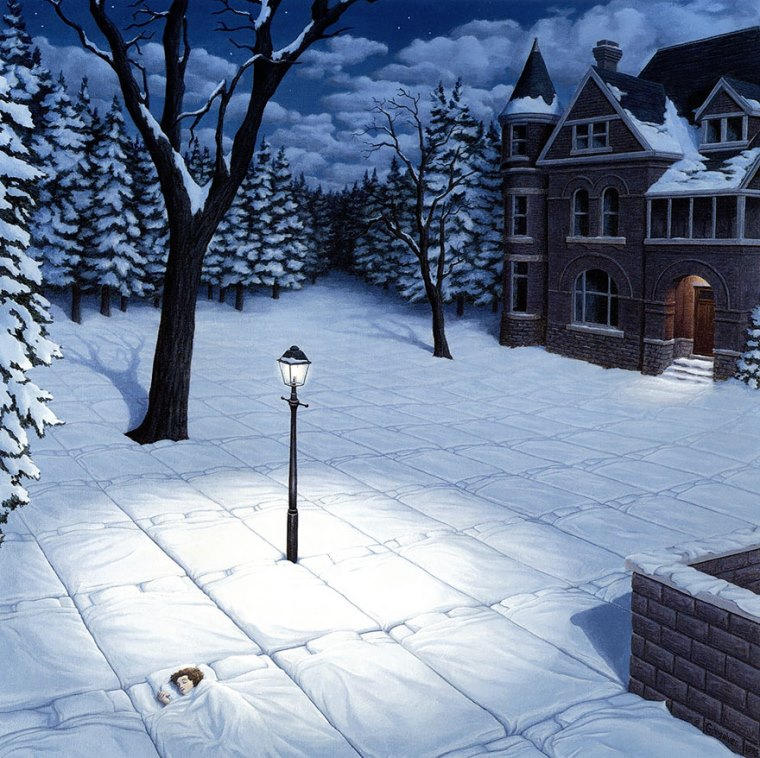 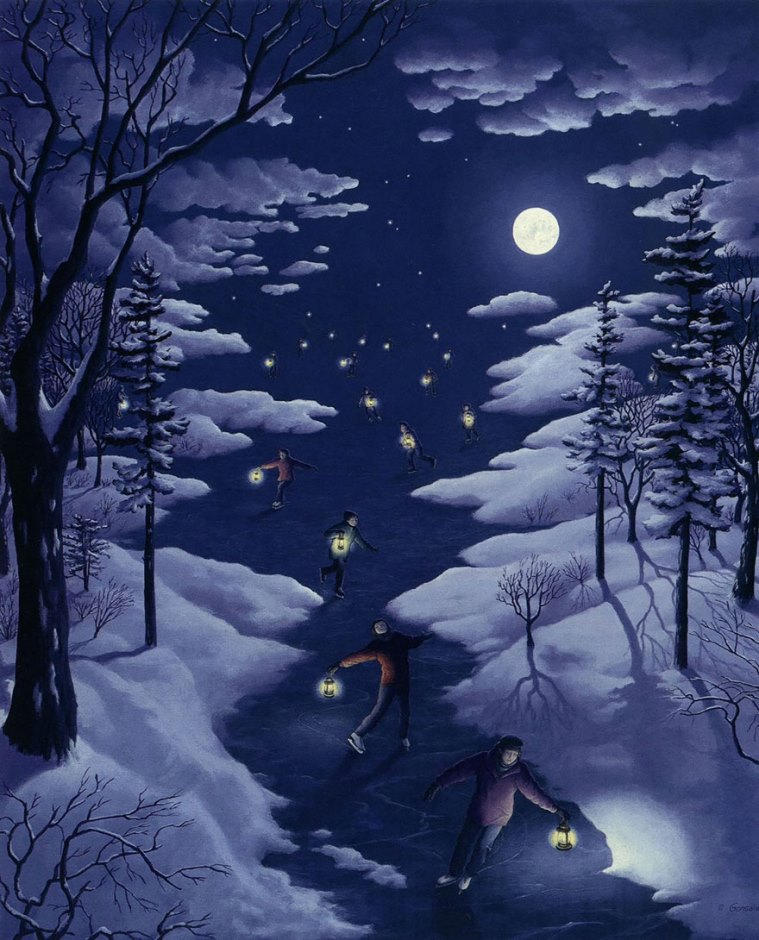 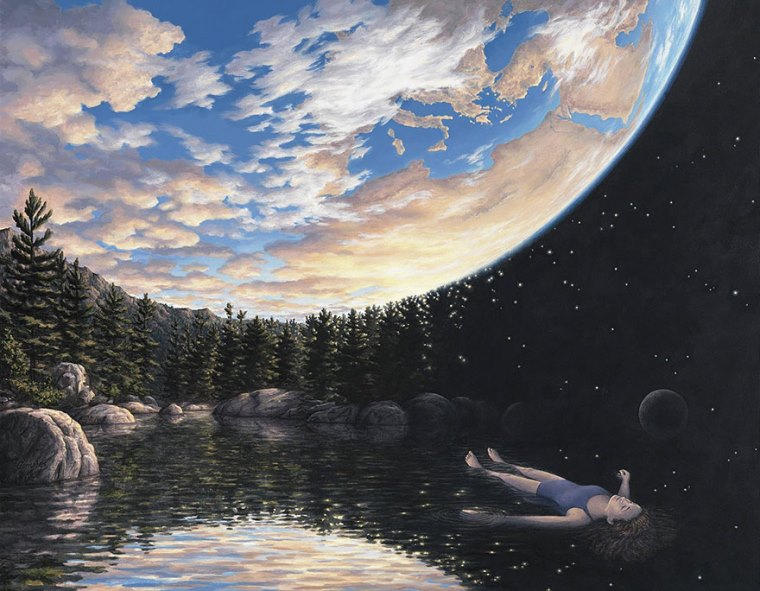 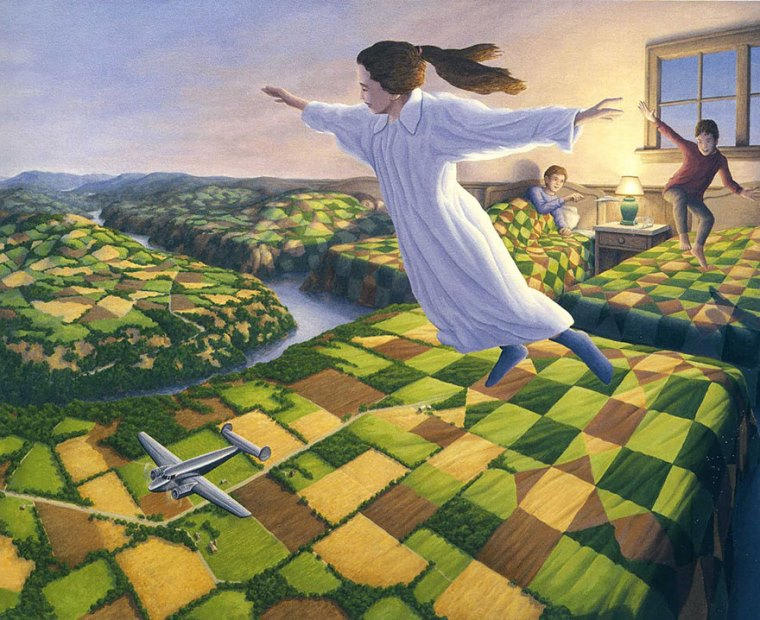 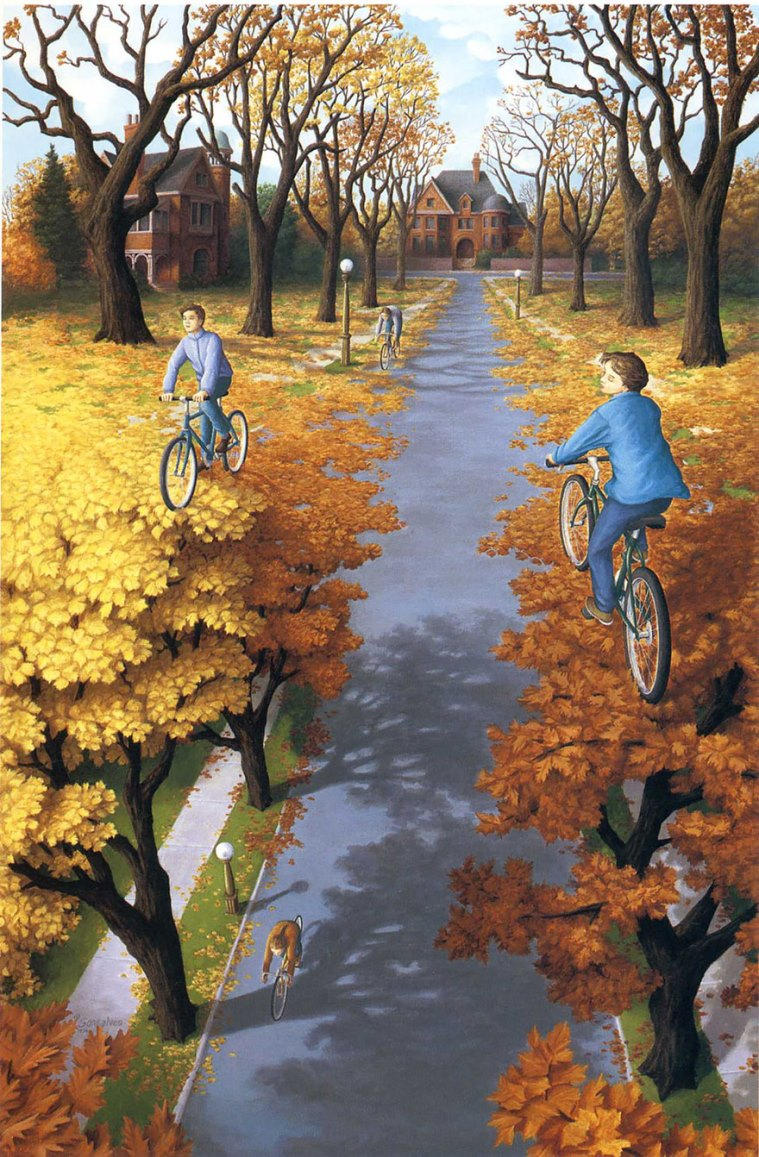 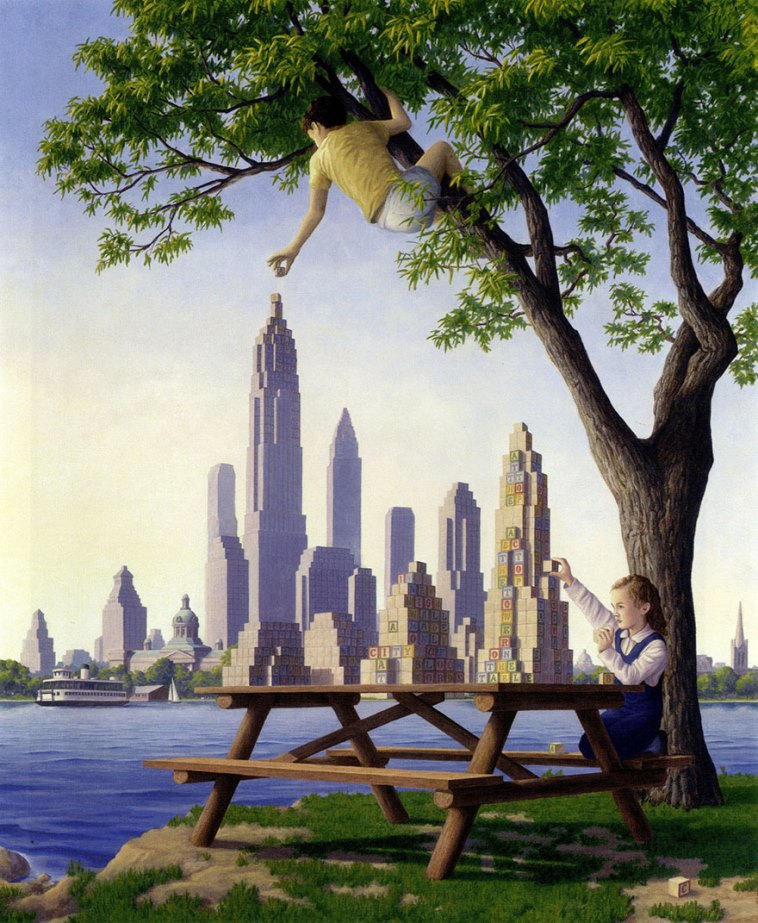 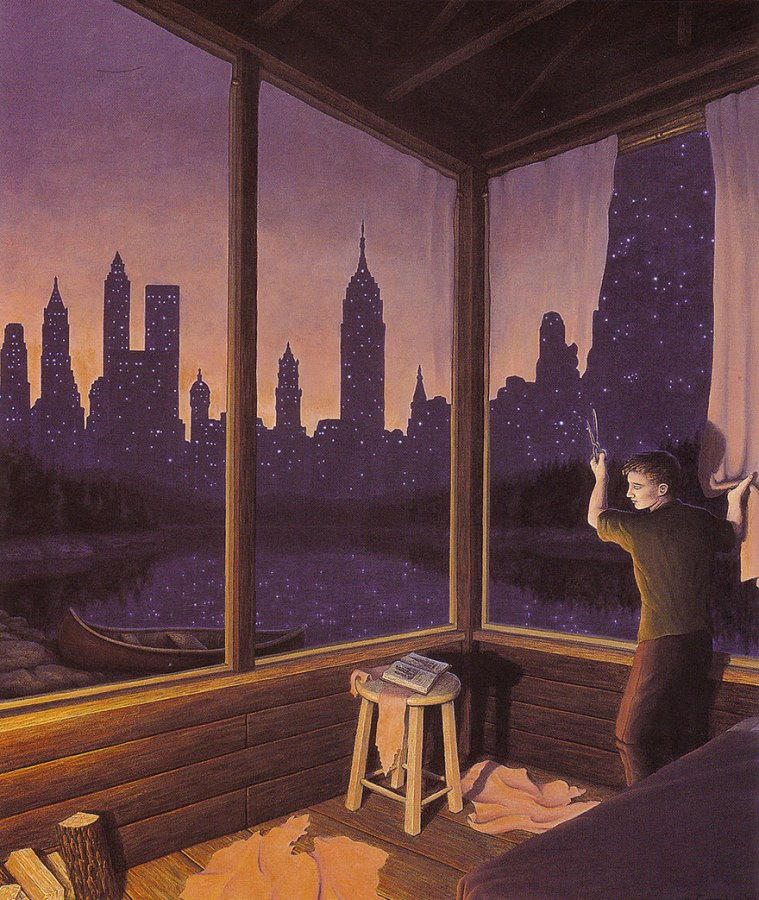 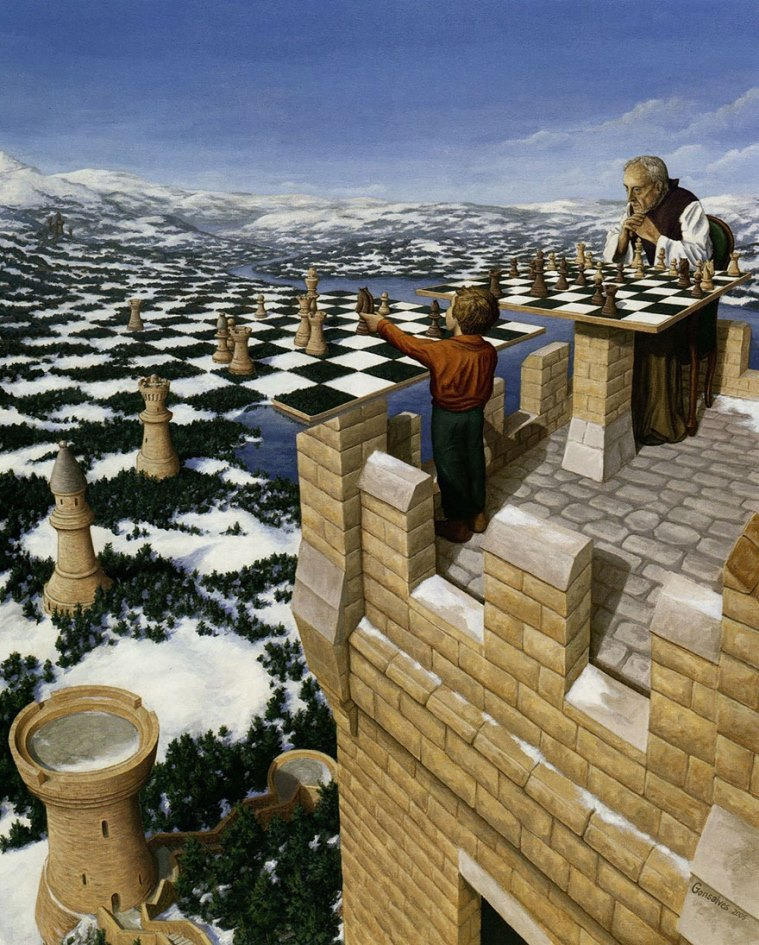 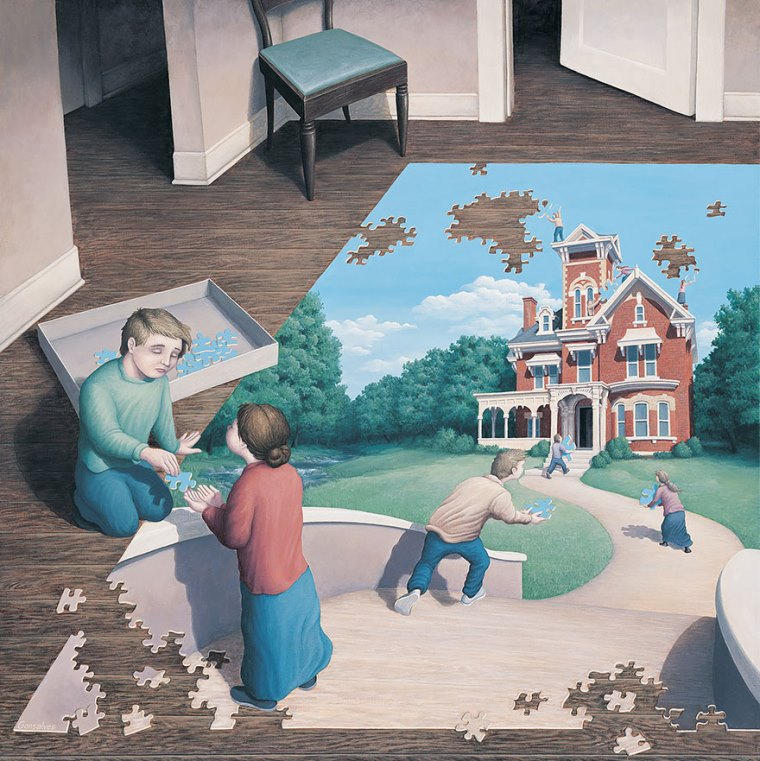 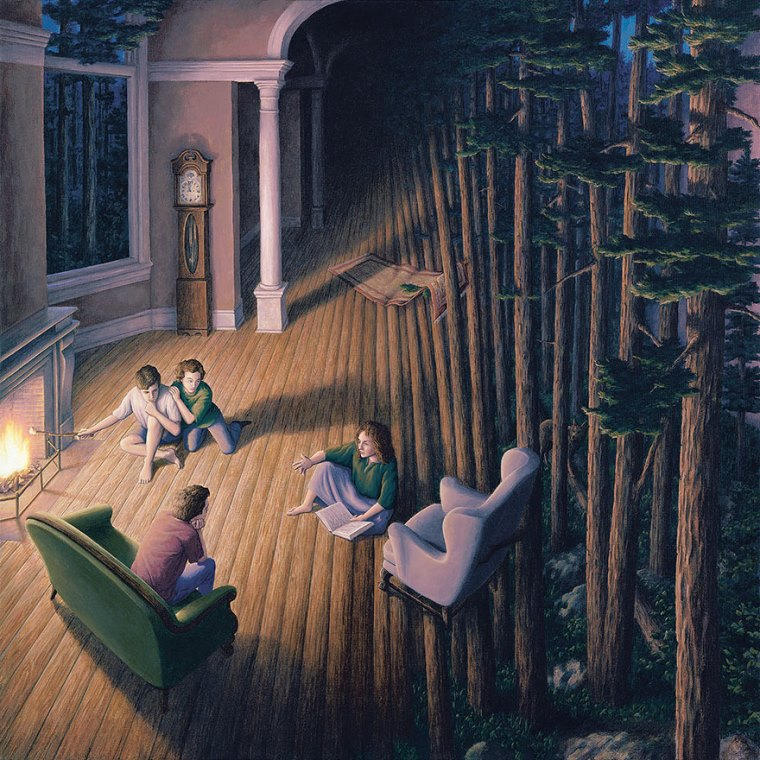 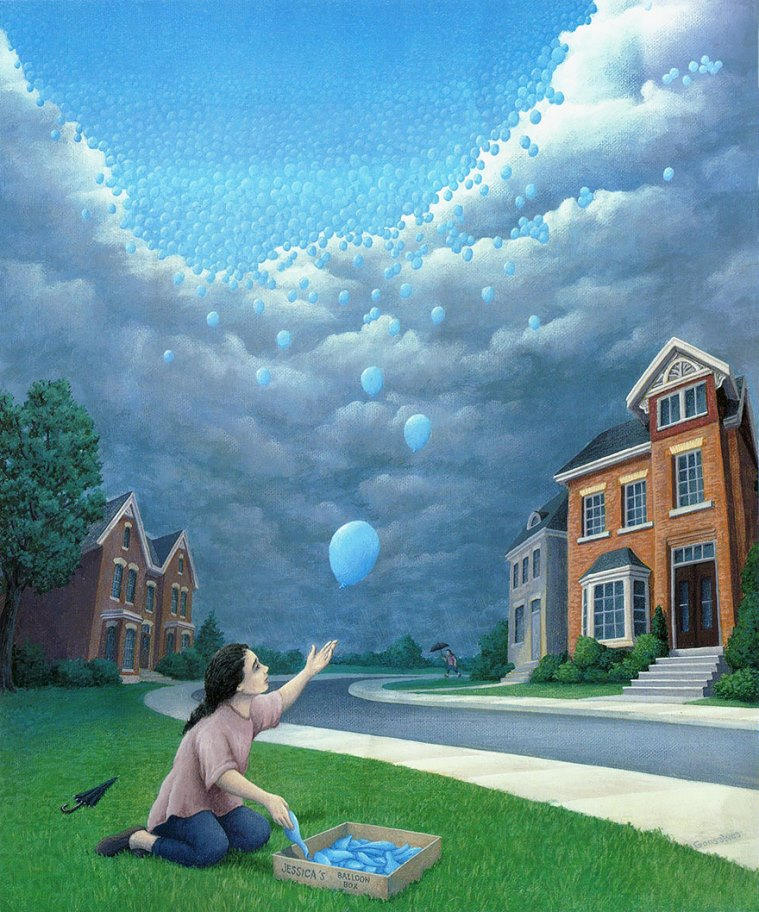 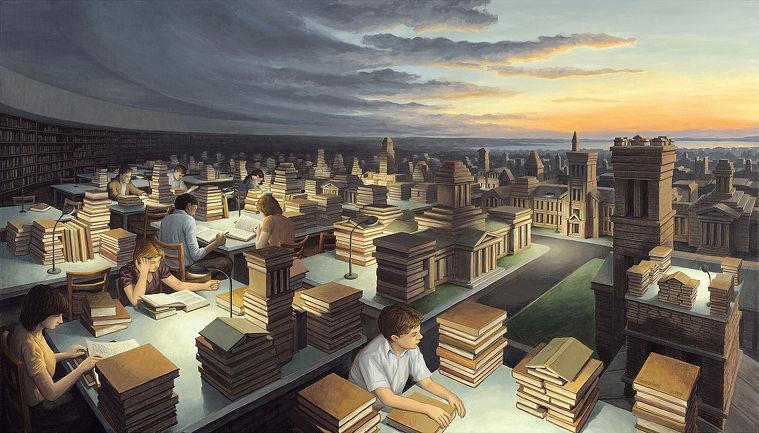 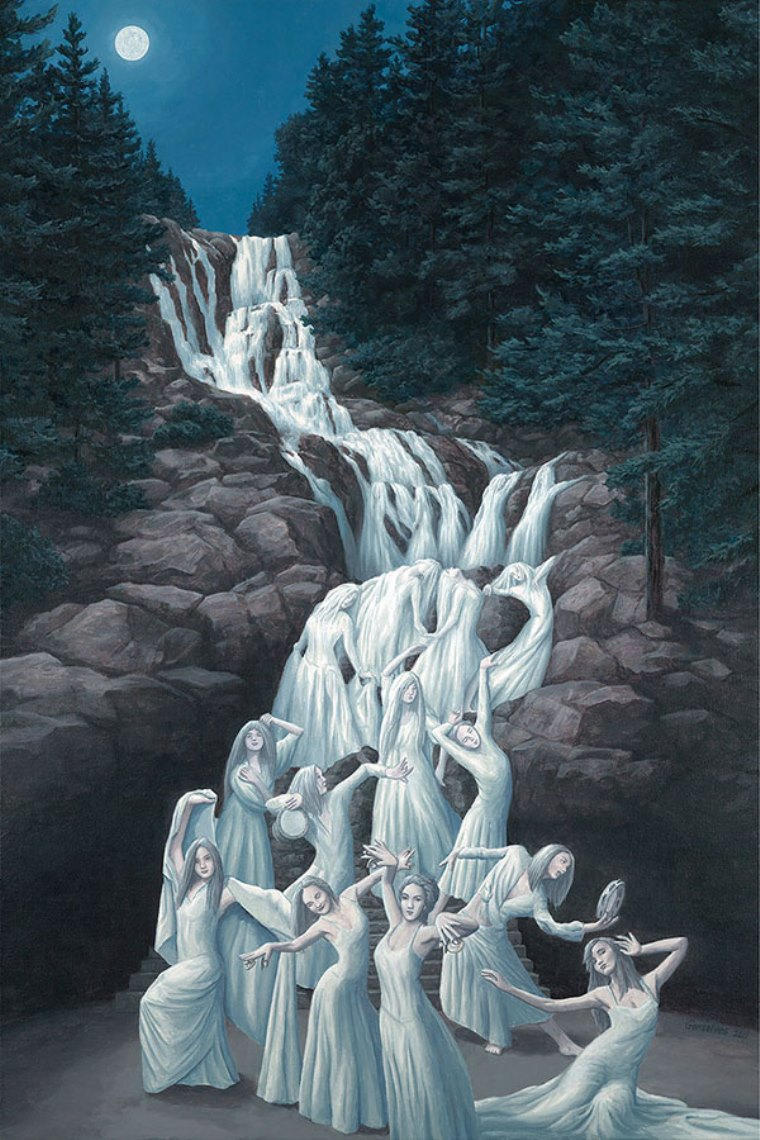