Jean Jullien is a brilliant graphic designer, who has recently become widely known for creating the image “Peace for Paris”.

As he has stated, art “can break down barriers”. Who is this talented artist and how did he come up with the idea for this image that spread around the globe?

Jean Jullien was born in Nantes, France, and is currently living in London. He studied graphic design in Quimper and graduated from Central Saint Martins in 2008 as well as from the Royal College of Art in 2010. His multidimensional artistic activity ranges from illustration to photography, video, costumes, installations, books, posters and clothing. 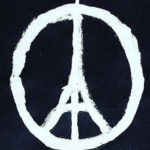 His message for “Peace for Paris” (a peace sign and an Eiffel Tower), sketched with brush and ink, spread all over the world and became a unifying symbol of solidarity among people.

As he comments: “It was a reaction. The first thing that came to me was the idea of peace, that we needed peace. I was trying to look for a symbol of Paris, and obviously the Eiffel Tower was the first thing that sprang to my mind. I just connected both of them. It was more an instinctive, human reaction than an illustrator’s reaction”.

For Jean Jullien his work is a means of communication, commenting, expressing his feelings and opinions about life. 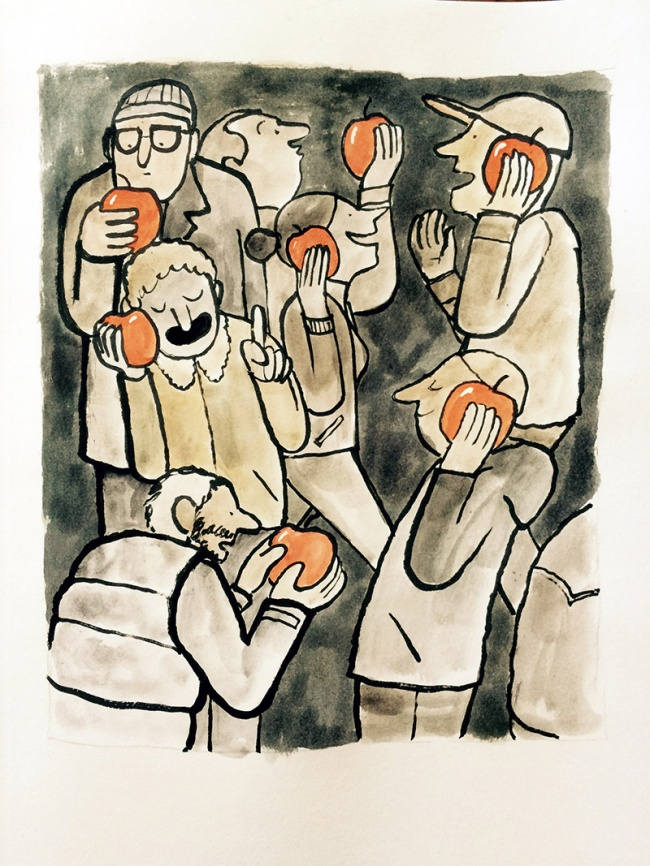 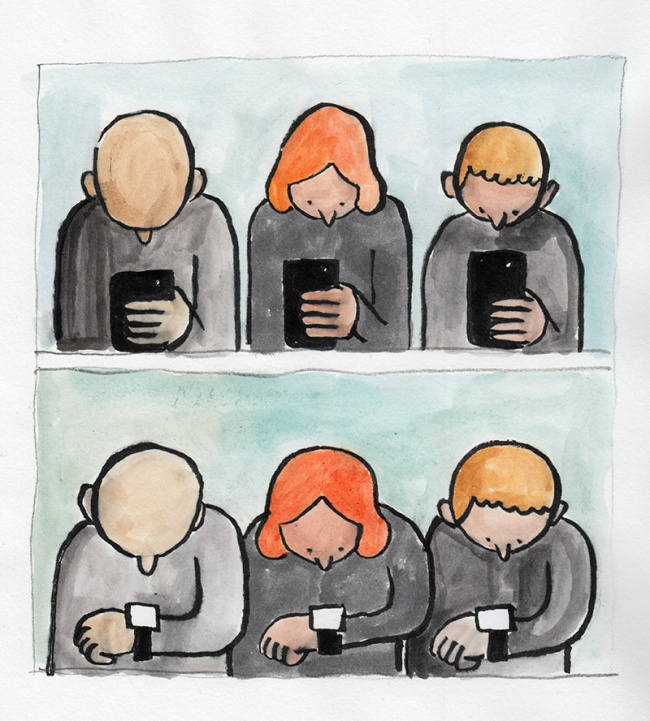 According to him, humor is important, this is why he uses it in his art, especially when commenting on politics. Jean Jullien uses the brush as a graphic tool, which he considers to be human and sincere.

“People think it’s just an everyday tool to sell things like cars or advertise products, but graphic arts is a means of expression beyond words.”

He draws on paper (after all, he admits that drawing was his first love) or straight on the computer, which he calls “a pandora box”. Working on his own is “personal, intimate and a bit more intense”. 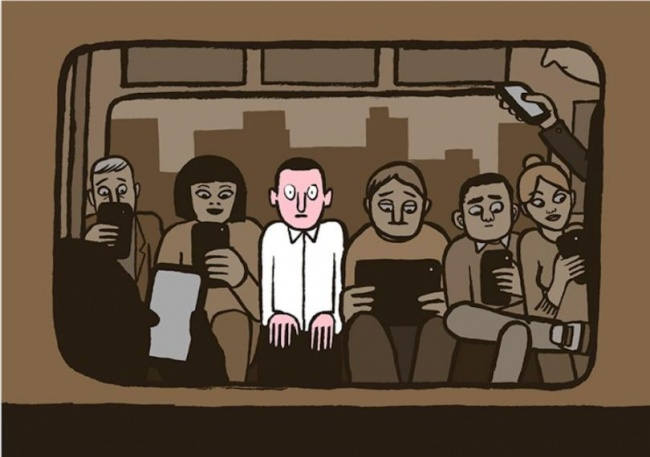 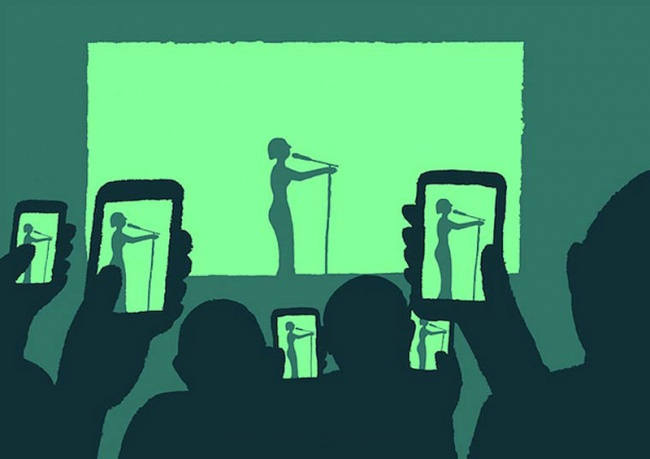 The most common subject of Jean Jullien’s artwork is the relationship between modern society and technology, focusing on the increasing dependence on phones and social networks. 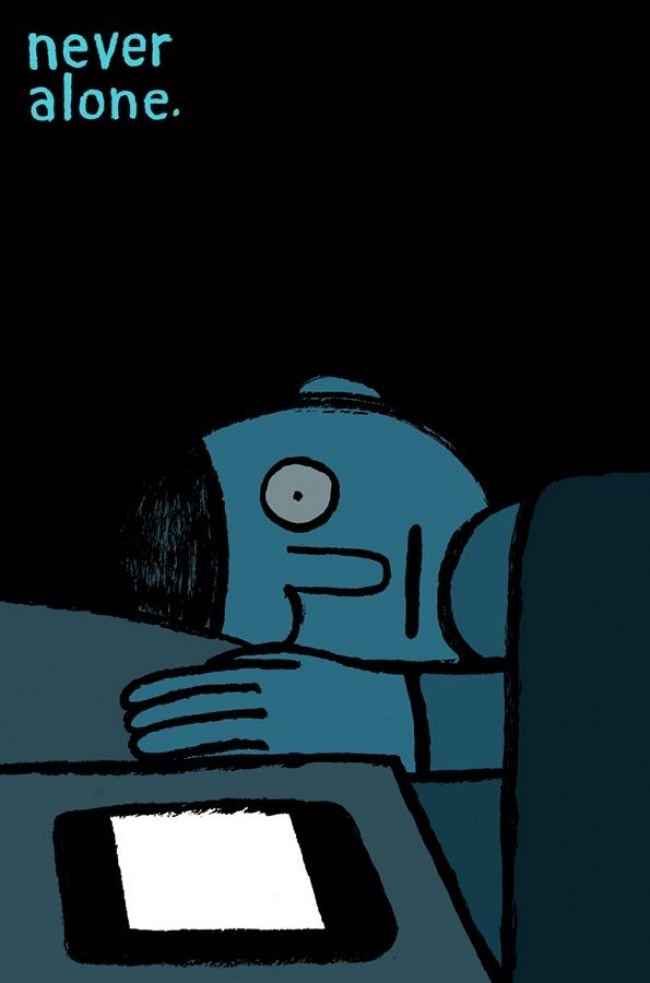 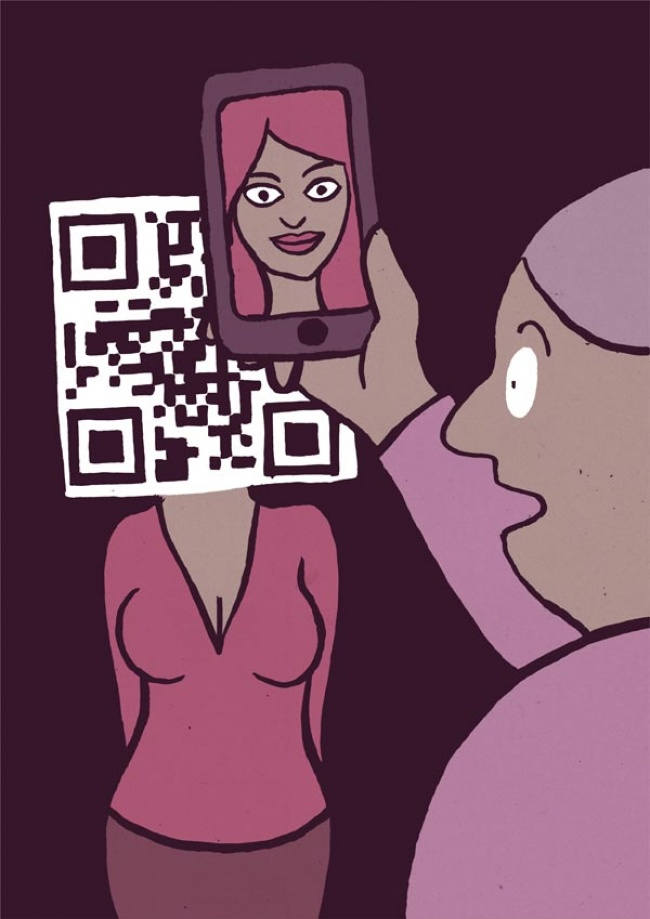 His work deals with the alienation of people in urban society. He uses irony and sarcasm to his illustrations in order to show how people mistakenly think that by using them they can have a real connection with other people while what is actually happening is quite the opposite. 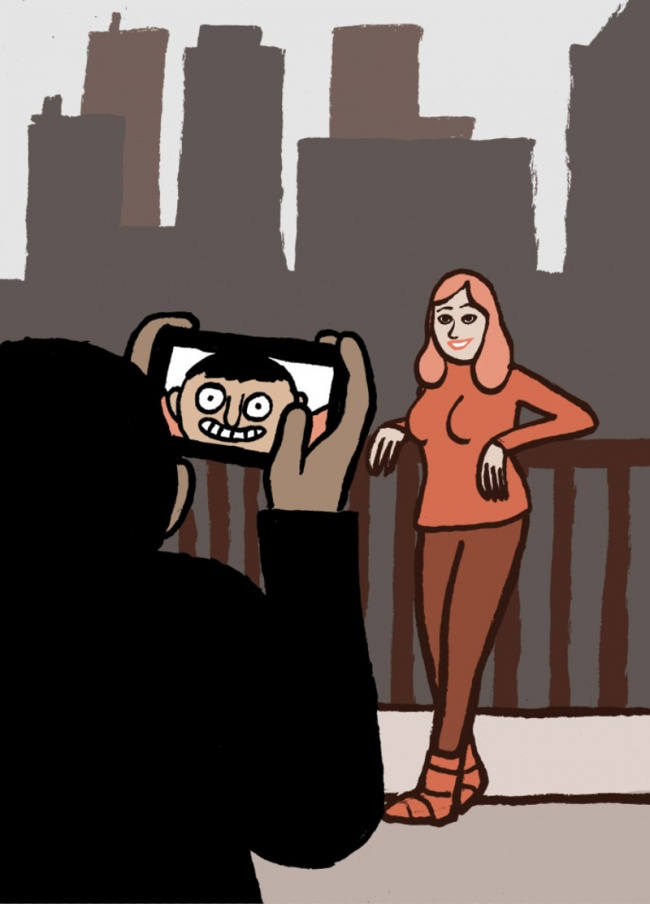 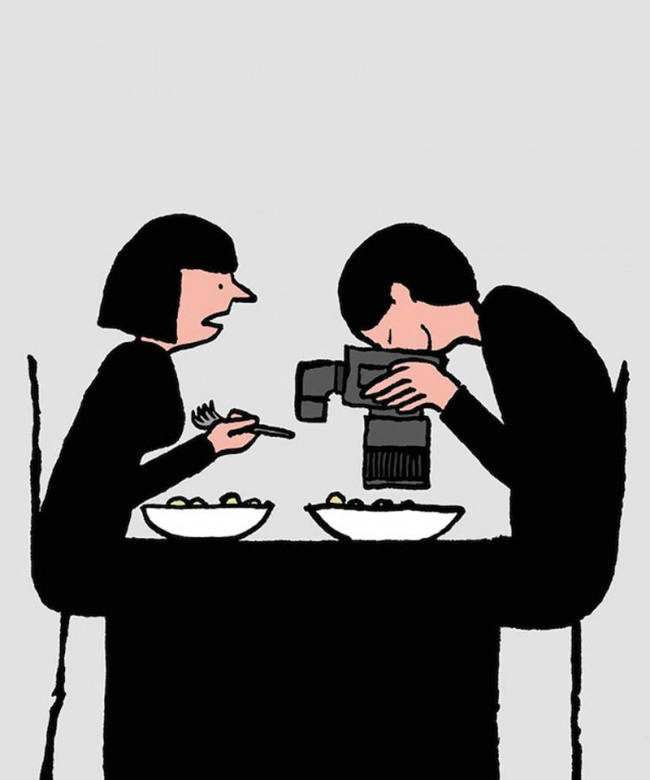 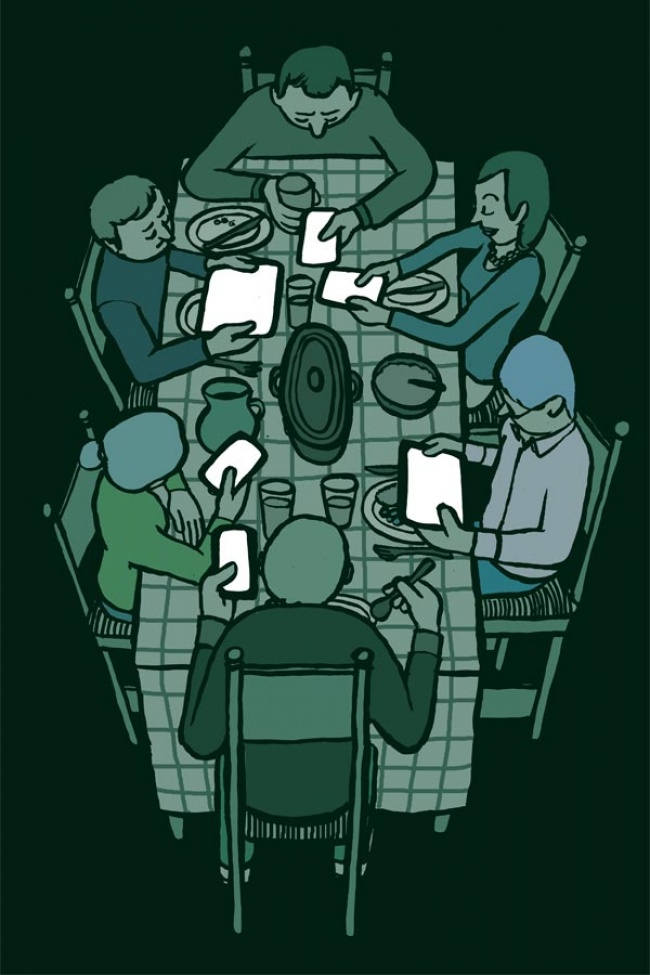 At the same time, he admits he is one of the very same people who extensively use mobile devices and social networks in their everyday life. Since 2011 Jean Jullien and his brother Nicolas created the Julien brothers working on image-related projects. See more of his art on his website. 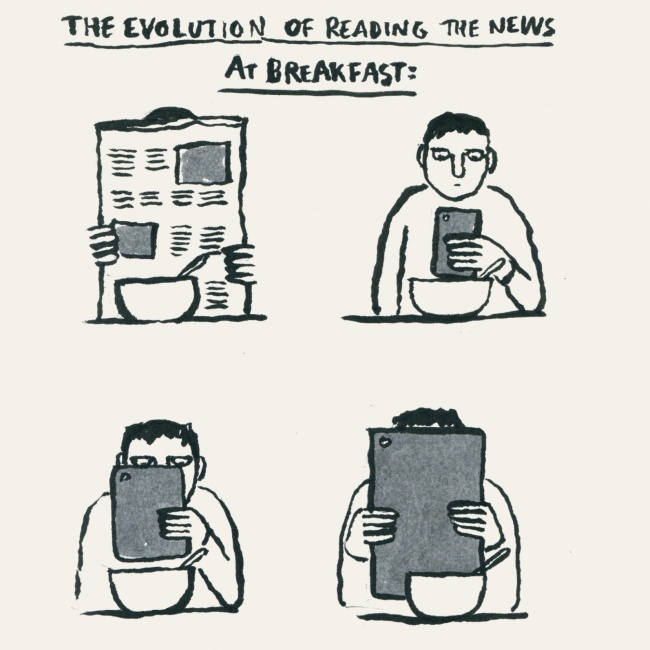