Justin Trudeau has already made some impressive statements how he intends to make serious changes to benefit the citizens of Canada. How will he fare in the coming months and years?

According to the late George Carlin, elections are a scam. The table is tilted folks. The game is rigged and nobody seems to notice. It’s a Big Club and you and I are not in The Big Club. Forget the politicians.

They own all the important land, they own and control the corporations that’ve long since bought and paid for, the senate, the congress, the state houses, the city halls, they got the judges in their back pocket, and they own all the big media companies so they control just about all of the news and the information you get to hear.

David Icke would say, they tell us what we want to hear and rarely fulfill anything. The Illuminati families in Europe have been running this planet for hundreds if not thousands of years.

Jordan Maxwell claims, you do not elect anybody, you merely vote at the poll for the candidate you like the most because ultimately it doesn’t matter who wins, all of them answer to the same boss. All roads lead to Rome, Vatican City.

The Mind Unleashed published an excellent article some time ago that is still circulating the internet.

A remarkable discovery was made by 12-year-old BridgeAnne d’Avignon of Salinas, California, who created a ground-breaking family tree that connected 42 of 43 U.S. presidents to one common and rather unexpected ancestor: King John of England.

The only former commander-in-chief not linked to King John is the eighth president, Martin Van Buren, who had Dutch roots. Prior to d’Avignon’s discovery, genealogists were only able to link 22 families of presidents, likely because they only focused on male bloodlines.

Who are the Illuminati? 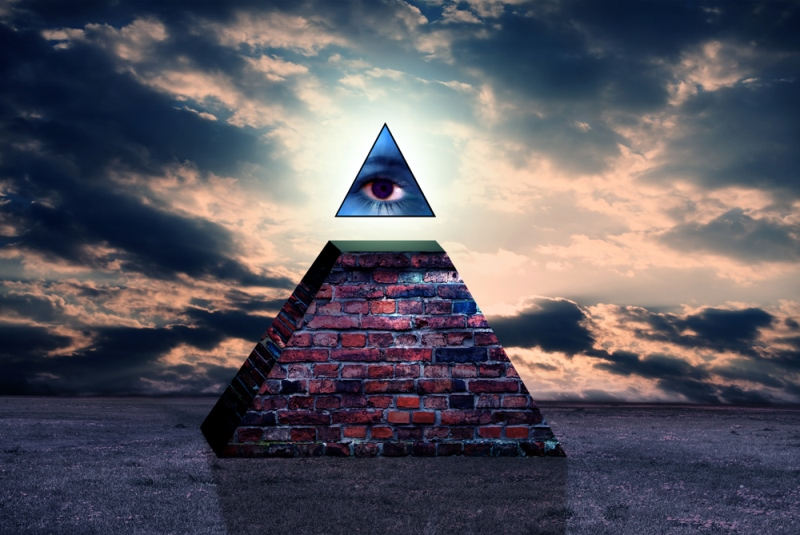 David Icke and Jordan Maxwell are more qualified to tell you the Illuminati history and they cover some areas within the video links supplied below. It is thought that 13 families have run this planet for thousands of years from positions of power. The article on the American Presidents clearly relates and proves this theory too.

My theory is that many centuries ago these families, who obviously are different in some way, were extremely intelligent and chosen by the population to be leaders for their obvious skills. Time has taken its toll and it would appear the ones at the top of the tree have become obsessed with greed, power and control. Hence, our world is currently in such a sorry state of affairs.

Several years ago, I came across an almost lost and forgotten system that proves your given documented names shape and define your character, your personality, both your mental and physical health, for better or worse.

More amazing, the second part of this system reveals how letters from each of your names rotate at predetermined years, influencing events and the way you live your life. Incredible, maybe, but true! This is not a new hokey pokey theory and this is not numerology. This system was originally used in ancient times by enlightened families to name their children for a prosperous happy and healthy life.

It has been documented many times over the last several thousand years and was for the most, kept a secret. It is no longer a secret because I published a two hundred page instructional book on the subject titled Name Reality. With my research, which also includes one’s mother’s maiden name, I discovered that documented names were made law by our rulers, yet they are not affected by this force?

My research also shows that half the population in the Western World using the Roman alphabet has names that seriously disrupt their daily life!

My research went on to show that these families are immune to influences produced by names some 120 bloodlines down the family tree. I personally know 5 Illuminati between 100 and 150 bloodlines down from the top. One is an old friend of more than 30 years who comes from a titled background and three are new friends over the last couple years since discovering this name system.

The ones I know are definitely illuminated and very bright, each with their own incredible talents. It appears only the apples that fall close to the tree are psychopathic lunatics, in part perhaps through incestuous breeding generation after generation.

Justin Trudeau, at 86 bloodlines down, could well be the new Illuminated leader Canada needs and start a new trend throughout the world. Time will tell?

Justin Pierre James Trudeau – mother’s maiden name Sinclair (historically known as St. Clair). Date of birth 25 Dec 1971. He is 86 bloodlines from the source (Illuminati) and, therefore, immune to this name system and as one example, does not go through loss associated with the letter U.

Kevin Trudeau, not of the families, author of an informative but controversial book slandering the medical system, ‘Natural Cures They Don’t Want You To Know About’ went into the letter U for loss on his birthday, 6th February 2013. He was on trial for criminal contempt and got a ten-year sentence on the 12th March 2013.

I recommend everybody take the time to watch all three videos.