Socrates, Plato and Aristotle are the most well-known Greek philosophers. They are also the most widely taught and most popular.

Not many would dispute this. However, there are many other ancient Greek philosophers who can serve as much value to us in their teachings.

There are others who came before Socrates, Plato and Aristotle and some who were contemporaries that are less well known. Yet, they were nevertheless profoundly important to the development of philosophical teachings.

They lived over 2000 years ago and are in obscurity in popular culture. Still, many of their teachings are deeply relevant to our lives now.

We know the philosophers that came before Socrates as the ‘pre-Socratics’. These were people who laid the foundations of western philosophy and were greatly influential to later philosophical and scientific thought.

During this period, both philosophical and scientific thoughts were beginning to emerge and were pioneered by these individuals. Due to their early state, philosophy and science here are basically the same thing until the disciplines separated and developed as we reach Socrates and beyond.

Nevertheless, we can still garner some great value from the thoughts and ideas of some of these philosophers: 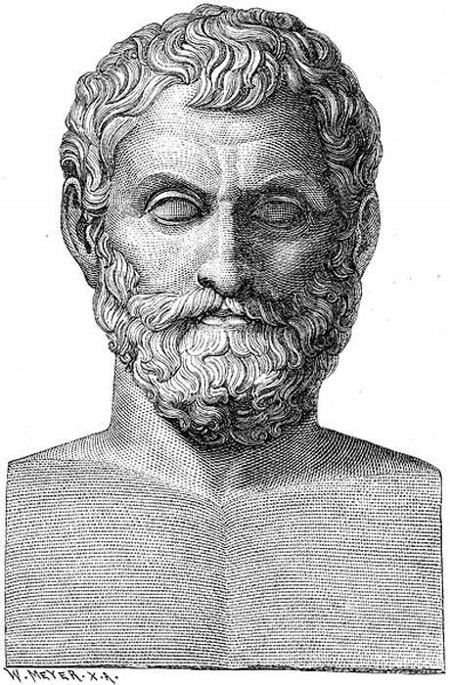 Thales of Miletus is often considered to be the first philosopher of the west. He is famous for completely changing the way we look at the world. Rather than turning to the answer of deities to explain the various things around us, he chose to adopt a logical approach to explaining his surroundings and the various facets of it.

He used mathematics in his logic and, according to sources, measured the size of the great pyramid and even predicted a solar eclipse. His main theory was that he thought that the primary substance of the world was water and that everything consisted of and was moulded by it.

Despite his ideas being false and out-dated, Thales was curious about the world and his place in it. He was the first person to cement the importance of thinking more deeply about our lives and the world that we reside in. According to Thales, this helps us build a better understanding of who we are. 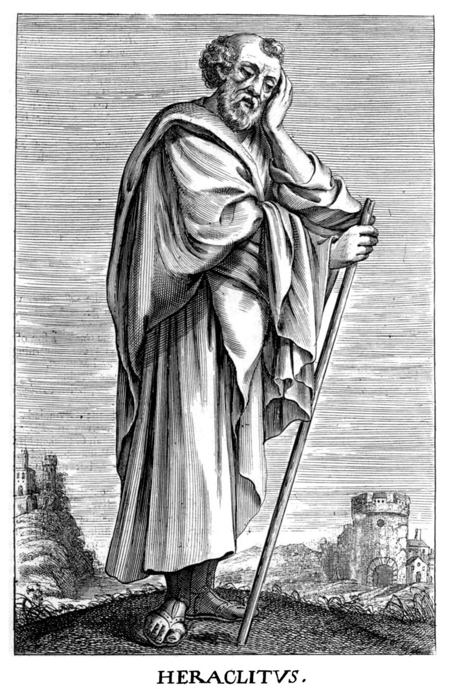 Heraclitus, or Heraclitus of Ephesus, is often considered to be one of the two founders on ontology (as well as Parmenides in the next section) – the philosophical study of being. He placed more focus and attention on this idea, considering existence, reality and our place amongst it.

Heraclitus was one of the first philosophers to advocate the notion of human beings having free will. He also thought that the primary substance of the world was fire. Therefore, due to the fire’s dynamic state, the world is constantly changing.

Perhaps we should remember Heraclitus for his recognition of individual liberty and instilling the idea that constant change is an integral part of our lives. The world is constantly changing around us and so are we. Understanding this can aid us as we navigate an increasingly complex world.

Although also attributed as a founder of ontology as mentioned, Parmenides, or Parmenides of Elea, had some contrasting views to that of Heraclitus. He believed that the past and the future are set and so, free will is an illusion.

Parmenides is one of the first people to conceive of the theory of determinism. It states that everything that happens in the world and to us is determined by preceding events that are out of our control. Therefore, as we have no control over our lives, we do not have free will.

For sure, this premise is highly controversial and many people in today’s society would disagree with it. Yet, there may be some value that we can take from Parmenides. We don’t have to adhere to determinism to admit that sometimes we are not in control of our lives.

We may often feel frustrated and powerless if certain situations don’t go our way. As a result, we suffer because of it. Accepting that sometimes there are things out of our control, confronting this fact and learning from it may be the best course of action. Parmenides can remind us of this. 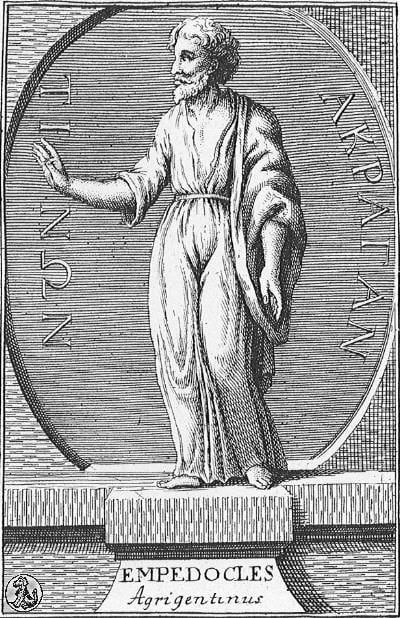 One of the last pre-Socratic Greek Philosophers, Empedocles came up with the idea of the four elements: earth, water, wind and fire. He built upon the ideas and theories of those that came before him.

He is also famous for saying that the universe is built around two forces. The first is ‘Love’, which brings everything in the universe together as one unifying entity. The second is ‘Strife’, which pushes everything apart, repelling things apart to separate into the many things that make up the universe.

Empedocles said the world is in an endless cycle of love and strife. This is the state of the universe that we reside in. Although this is quite an abstract concept, it is not too hard to see how the basic notion of this theory is transferable to our lives.

Empedocles may have been the first person to point out, in broad terms, what unites us all and what divides us, what may provide happiness to us and what may plunge us into loneliness and despair.

Greek Philosophers of the Classical and Hellenistic Period

As we reach the classical period of philosophy, there are other Greek philosophers (or if born elsewhere, those who made their way to ancient Greece to practise teachings) who are contemporaries of or who came after Socrates, Plato and Aristotle.

Again, despite not holding as much gravitas in popular culture, these philosophers are deeply influential in philosophical thought and can resonate profoundly with our lives today:

Coming from Citium (Cyprus), Zeno was the founder of Stoicism. It was a school of philosophy that flourished in Athens during this period. Zeno taught how to live a good life that is free from suffering by being aware of the bad things that can happen to us.

Stoicism encourages this state of mind and says that suffering arises because one holds unrealistic expectations about situations in life. If we are too hopeful, then the disappointment and failure in not achieving what we want can cause us deep pain.

However, if we are aware of the possible negative outcomes of certain situations, then we can deal with them in a much better way. To be ‘stoic’ is to remain calm under pressure, conserving one’s emotions as to not flounder in difficulty. 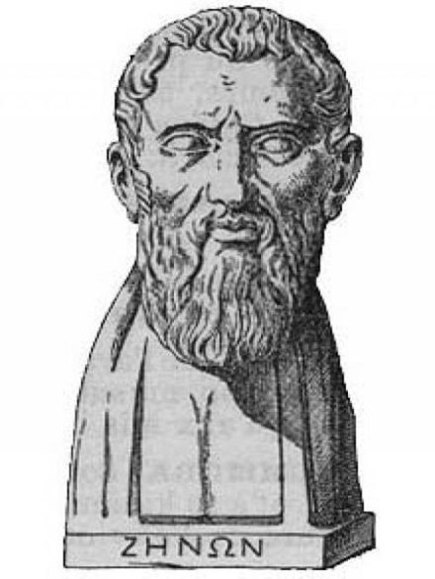 Zeno encouraged living without unrealistic expectations and dealing with the reality of the world. This is what can make us resilient and emotionally stable during hard times. In doing so, we can build a path towards self-improvement and be content with our lives as they are.

Remembering Zeno can help us to prepare for dark times. We learn how to not let tough situations overcome us, which can help us suffer a little less. 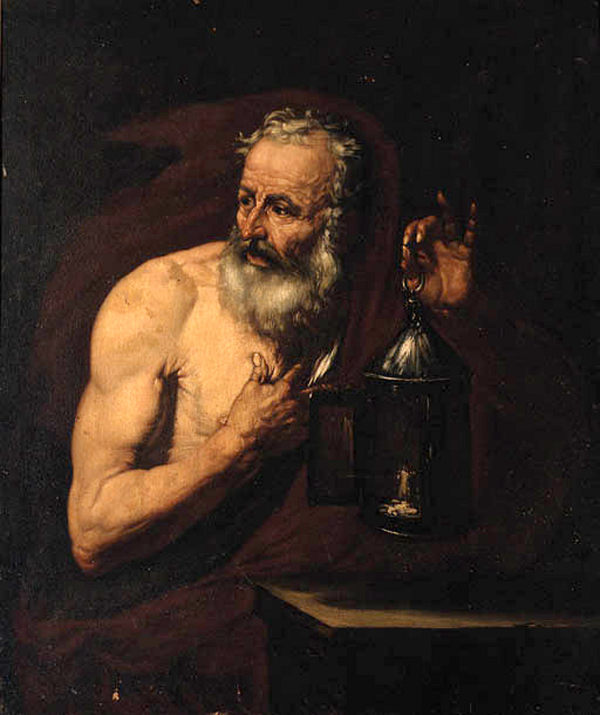 Diogenes was an advocate and practiser of Cynicism, a school of thought in ancient Greece. He lived in Athens after being exiled from Sinope and is known for his strange way of life. He embodies the notion of ‘practice what you preach’.

Cynicism was a practice of philosophy that taught that living in virtue, to be self-sufficient and in compliance with nature was the key to a meaningful life; to live simply, free from material possessions and to reject normal desires.

Diogenes embodied this completely. He is said to have lived in a jar, tub or barrel type object on the streets of Athens, living in poverty and begging for a living.

Whilst practising his philosophy, he would also torment passers-by to show his disdain for civilised life. He wanted to show the meaninglessness of civilised life and that the artificialities that arise from society can never provide fulfilment.

Maybe Diogenes took an extreme position to teach his philosophy and may seem quite mad and bizarre. However, his simple vision of well-being through living in contentment without material things is something that we should all take heed from. 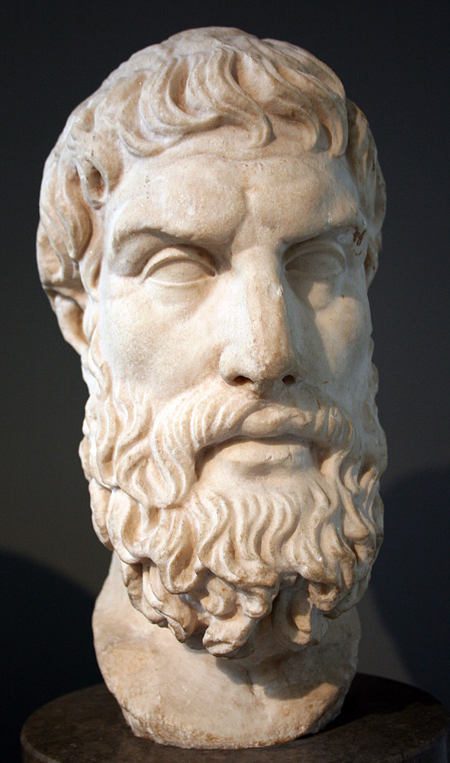 Perhaps the most well known of the ‘less known’ ancient Greek philosophers, Epicurus founded a school of philosophy that eventually went on to be called Epicureanism.

Epicurus concerned his teachings with how to best achieve true happiness. This consisted of concentrating on pursuing what is pleasurable and void of pain. This doesn’t mean the pursuit of anything; just the pleasures that are moral and that provide us with the right amount of fulfilment (without suffering) needed to live a meaningful life.

To do this, Epicurus thought we should strive to live a simple life. He himself owned little clothing and allegedly lived off only bread, cheese and milk. To be truly happy, he taught that all we need is friendship, fulfilling work and contentment without luxury.

Romantic relationships, although they can provide us with a large amount of pleasure, often become a source of pain. If we surround ourselves with good friends, then we are often at our best and reduce our suffering.

He encouraged his followers to work in jobs that they feel most satisfied with and where they are working for themselves or helping others. In these jobs, money should not be the primary reason for taking up the occupation.

Epicurus believed that true peace of mind could only come to us through simple, sober activities that can provide calm and contentment. We are naive and misguided to think that material possessions can bring us happiness and the internal serenity that we seek.

What Epicurus wants us to do is pursue simple pleasures that are moral and that reduce the possibility of suffering. In other words, it is the simple things in life that bring us true happiness.

Why They Should Be ‘Well Known’

Each of these ancient Greek philosophers, in their own way, provide valuable messages and ideas that we can take away and implement into our own lives. The fact that aspects of their 2000-year-old teachings are still relatable and transferable to the modern day demonstrates their enduring importance.

This is why these ancient Greek philosophers should be well-known in popular culture. Being aware of these wise individuals’ basic intuitions about the world and our individual lives may provide a deeply worthwhile education and solace when we need it the most.