Hands up who is a fan of the Chucky films? How about I, Robot? If you answered yes, you might be in the minority. That’s because most of us find life-like dolls and robots disconcerting and unsettling.

But why do life-like dolls, robots and zombies freak us out so much? Even new-born babies are predisposed to seek out human faces. Faces provide a wealth of information; from gender and age to emotions and focus of attention. So surely we should gravitate towards anything that vaguely resembles an actual person?

Well, actually, research suggests that is the case, but only up to a point. In fact, the more life-like the doll or robot or zombie, the worse we feel. What’s more, this unsettled feeling has a name – the ‘uncanny valley’. The word ‘uncanny’ means a strange or unsettling feeling. Something that looks familiar but is slightly ‘off’ at the same time.

However, there is a point at which these entities are almost totally human-like where we feel uneasy and apprehensive. Then, if the human-likeness increased again, we start to feel comfortable with what we’re seeing. It is this dip in our emotional response that gives its name to the uncanny valley. The term was coined in the 1970s by Japanese professor Masahiro Mori.

“Since I was a child, I have never liked looking at wax figures. They looked somewhat creepy to me.” Mori

What causes our repulsion of life-like dolls?

So, this eerie feeling has a name but what causes it? As humans, we categorise everything we experience and come into contact with. We have set groups in our minds, based on what we’ve experienced before. This is so that we can quickly sum up a situation. When our experiences match up with what we see or hear, our brains can swiftly move on with no problems.

So, for instance, if we hear loud bangs on New Year’s Eve, we might presume they are fireworks and not give the noise a second thought. However, loud bangs in the early morning would trouble us. It is kind of the same with life-like dolls and robots. There is something familiar about them but they are not quite right.

Ayse Saygin is a cognitive scientist at the University of California, San Diego.

“If you look humanlike but your motion is jerky or you can’t make proper eye contact, those are the things that make them uncanny.”

The uncanny valley phenomena in films

I happen to be a fan of spooky sci-fi films and remember the first time I saw I Am Legend. The scariest part for me in the film was when Will Smith happened across a group of zombies just standing still in a darkened room. They looked like humans but they were not talking or engaging with each other. These zombies were just standing next to one another, looking at the floor. Clearly, they were human but not acting as humans should.

It’s fair to say that film-makers have struggled to get this balance between life-like entities we can empathise with and those that repulse us. Take the film Avatar, for instance. The blue Na’vi creatures were clearly humanoid in appearance but had enough discrepancies (flat noses, pointed ears, taller than average) for us to avoid the uncanny valley feeling about them.

Other films have not done as well. In 1988, Pixar tested their short film ‘Tin Toy’ featuring a computer-animated baby called Billy. The audience reacted so strongly against the baby that Pixar stopped making such ‘realistic’ human animations. Instead, they stuck to cartoon cars and toys.

It appears that when we see an entity that looks human, we mentally switch over and start believing that the entity is in fact human. However, if we then examine this so-called human and it does not live up to our expectations, this causes the unsettling feeling we experience. There is a mismatch we simply cannot explain.

The evolutionary explanation of our fear of life-like dolls 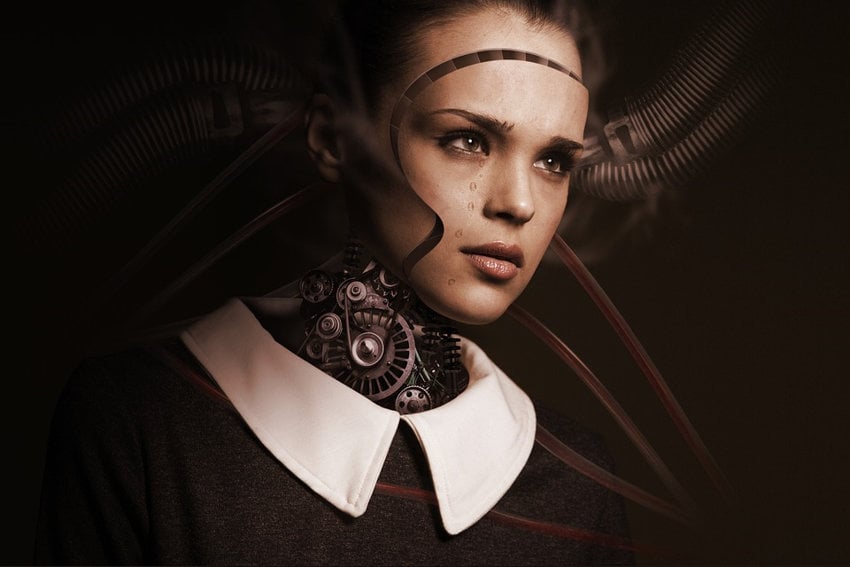 Thalia Wheatley is a psychologist at Dartmouth College. She believes there is an evolutionary answer to the uncanny valley feeling. Thousands of years ago, human beings would not have had the luxury of language to express themselves.

As a matter of survival, we would look to another’s appearance in order to work out whether that person was sick, unstable or dangerous. This natural response to being wary of anything that is out of the ordinary would have been a matter of life or death in those times.

“Evolutionary history has tuned us to detect minor distortions that indicate disease, mental or physical problems. To go after a human-looking robot or avatar is to go up against millions of years of evolutionary history.” Wheatley

Even in today’s world, our gut feeling for anything that is not quite right still serves us well. For example, being woken up by a noise downstairs in the middle of the night. It doesn’t usually happen. Therefore, it’s not likely to be good news.

It is the same with things like clowns. They appear human-like but their facial expressions do not move. We cannot gauge what is going on behind the mask. And this troubles us.

A more recent study researched a connection between the mismatch of a robot and their behaviour. It included different types of mismatch such as speech and facial expressions. Participants were asked to rate their unease when human-like entities reacted to a startling noise with surprise etched on the lower part of their faces (we typically show surprise in the upper part with raised eyebrows etc.)

The results showed that these kind of mismatches between unexpected behaviour are particularly unsettling. Not only that but this type of mismatch between expression and facial features is suggestive of psychopathic tendencies.

It is thought that as human-like entities become more and more human-looking our uncanny valley feelings will disappear. For the time being, however, Chucky may not be exactly alive and well but he’s still freaking out a generation of fans that love watching life-like dolls.