The holiday of Thanksgiving may seem straightforward with turkey and stuffing but has an uglier side that many are unaware of… The origin of Thanksgiving is more complicated than just the story of the pilgrims and Native Americans celebrating at Plymouth rock. It gets a bit darker, and peace ultimately didn’t win out.

This will be a look back at the Thanksgiving origin and the real story behind the story.

Setting The Stage For The Origin Of Thanksgiving

The story still starts with the pilgrims but more because of the tragic circumstances they were facing. The winter of 1620 was a notably brutal winter that ended up killing almost half of their people. The colonists decided it was time to create a relationship with their “neighbors.” These neighbors were the Wampanoag Tribe.

The Wampanoags taught the pilgrims everything about survival, including fishing, planting crops, and how to better hunt. By that autumn of 1621, the colonists – with their newly developed skills – had enough food and provisions to last them through the winter. They invited the Wampanoag to enjoy their haul and join them in a three-day feast.

This event didn’t feature the foods we would associate with Thanksgiving today such as stuffing and cranberry sauce but would feature things like goose, corn, and even lobster.

The above description is one that seems familiar, and it is true, but the way Thanksgiving evolved may not have been based on this event from 1621. For some later generations of colonists, the roots of their Thanksgiving had little to do with that 1621 event.

For some settlers in New England, Thanksgiving was a religious holiday that came from the Puritan days. They would observe periods of prayer, fasting, and giving thanks to God. Different colonies would observe various days of Thanksgiving determined by the leaders of each one.

But just one generation later after 1621, when we return to the relationship between the colonists and the Wampanoag, things start to break down. With thousands of new colonists arriving in the area, resources became more scarce. The authorities in Plymouth started to take up more land and dictate the way of life for the Wampanoag.

The origin of Thanksgiving as we know it is about to fade away.

The Spread Of Disease

A new leader of the Wampanoag tribe emerged named Metacomet also known as “King Philip.” He had taken ownership after the passing of his father Massasoit. Relationships were starting to fray with the Wampanoag and the colonists, but things would fall apart when Metacomet would wage war after the murder of some of his men. 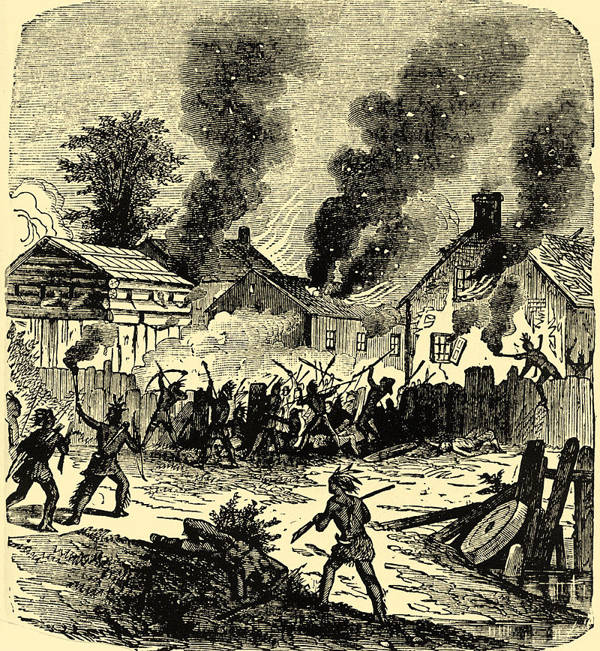 The Wampanoag would raid the New England colonies who eventually would declare war themselves in 1675. The war was brutal and ongoing. A large number of colonies would get involved with their members being taken hostage and held for ransom. The war pushed colonists into relocating and the Wampanoag to flee their villages.

Many towns – including Springfield, Massachusets – would be burned to the ground. The bloodshed and loss of lives were substantial. Not only was there the devastation of villages and land, but supplies, food, and provisions were being diminished.

The Colonists – knowing their backs were up against the wall – made alliances with other tribes such as the Mohegans and the Pequots. The Wampanoag looked to fellow tribes to form alliances and grow in power. When they approached the Mohawks in New York State, they were rejected and attacked.

Things then unraveled for “King Philip” who was shot and killed in a final battle. This man’s father was celebrating with the pilgrims just one generation earlier, and now he lay dead. It gets more gruesome as he would be beheaded and his head displayed on a stick in Plymouth for 25 years.

The other members of the Wampanoag would either be killed or sold into slavery in the West Indies. What had started as a celebration of thanksgiving ended up descending into war and death. It is thought that nearly 30% of the English population and half of the Native Americans were wiped out during the wars.

The controversial history behind Thanksgiving 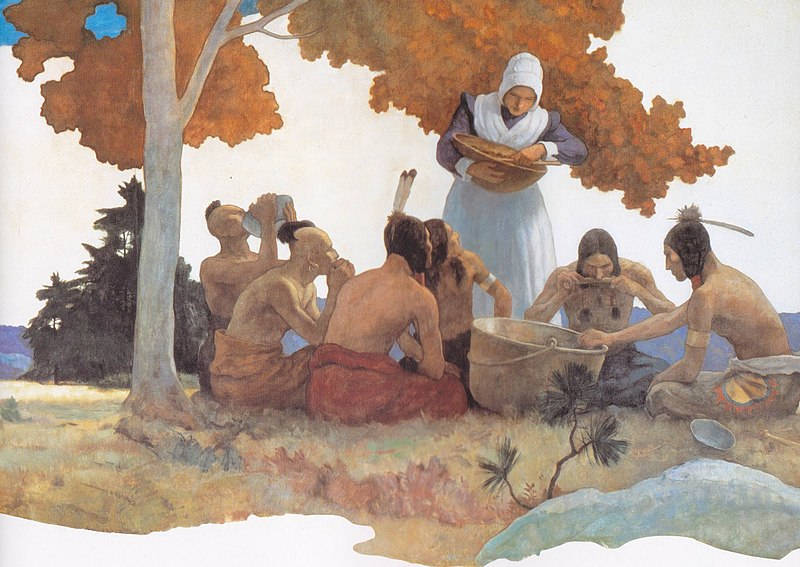 The origin of Thanksgiving can make this a tough time of the year to look back on. On one hand, we have the traditional story with the idyllic setting and the coming together of different peoples. This is the image we have embraced, but it wasn’t the end of the story.

It’s hard to picture that this original peaceful situation would descend into a bloody war. The battles were vicious and have been overlooked over the course of time. Today, we tend to just embrace turkey and football while not being aware of what has transpired over the course of this “holiday”.

Even though the core of the original day of thanks has stayed with us, we would be remiss to not remember all the events that unfolded. The best thing is to not ignore the entire origins of this holiday, focus on the positive and uphold those original values of sharing, community, and giving thanks.

Jamie Logie, B.Sc.
Contributing writer at Learning Mind
Jamie Logie is a certified personal trainer, nutritionist, and health & wellness specialist. He holds a bachelor of science (B.Sc.) degree in Kinesiology from the University of Western Ontario and a counseling diploma from Heritage Baptist College. While Jamie's primary mission is to motivate people to take back control of their health, his background in training professional athletes has also allowed him to educate his readers on mindset and motivation topics.