The shocking reality of male suicide rates reveals a growing silent epidemic on a global scale. According to the World Health Organization (WHO 2016), there were an estimated 793,000 suicide deaths worldwide. Over 60% of these were men.

The Rise of Male Suicide Rates in Western Society

In the UK, the male suicide rate is 15.5 deaths per 100,000. This is more than triple the rate of UK women at 4.9 suicides per 100,000. The numbers vary little globally. However, suicide is the single biggest killer of men under the age of 45, ahead of cancer and heart disease.

However, it is not just men in the spotlight who are plagued by the pressures of success who choose suicide. Worryingly, it is also ordinary men holding down good jobs with families and loved ones.

“In the UK, a man kills himself every two hours – as educationists, we cannot ignore these statistics.”  Mental Health expert Natasha Devon

Across the pond in the US, male suicide rates account for 89 of the 129 suicide deaths per day. Statistics show that women tend to have higher rates of depression diagnoses. Therefore, they are 1.2 times more likely to attempt suicide than men. But suicide rates among men are still on the rise and a truly staggering cause for alarm. So why are men choosing to end their lives?

Why Are Male Suicide Rates So High? Risk Factors for Suicide Among Men 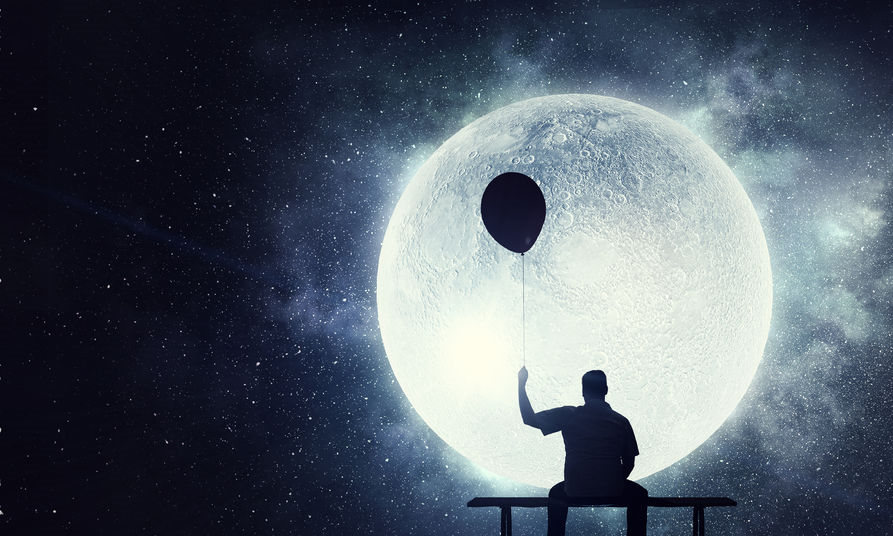 Why are suicide rates so much higher among men than among women? Here are some of the risk factors which combined or singly tip the scale towards suicide.

For generations, men in almost all cultures have been sold on the myth that to be a man one must never show weakness, they must never cry, they must stand tall even as they crumble. This drive to present a perfect front to the world hides the cracks until it’s too late to fix them.

“Only a third of people who take their own lives are in mental healthcare treatment at the time.” Dr Harkavy Friedman

Isolation, whether self-inflicted or caused by external factors such as work, is a major suicide trigger. When you’re alone, away from those who love you, the downward spiral towards depressing thoughts, and suicide ideation begins.

Isolation can happen in all socio-economic levels. From the workaholic whose relationships wither away as he spends his life building a career to the unemployed guy who feels inadequate and therefore withdraws from his circles of loved ones.

This particular factor contributes heavily to the disparity between male and female suicide rates. Men who tend to be physically stronger, with a higher pain threshold, will often choose more lethal means to end their lives. For example, guns, which make medical intervention almost impossible. They will also stick through the pain required to carry out some of the more brutal methods such as hanging.

With the prevalence of gun ownership and the ease of acquiring one, it is no surprise that male suicide rates are on the increase. In actual fact, 50% of them are caused by firearms since, in the US, 6 in 10 gun owners are men.

“Pills can be vomited and ropes can break but bullets rarely miss.” Stephen Roderick

There is a correlation between alcohol and suicides. Alcohol and other drug substances can reduce mental clarity. Not only that, but they can increase impulsive decisions or even deepen the depression. Thus, they make it easier to choose to end your life.

Men are twice as likely as women to meet criteria for alcohol dependence. Typically because this is often the only outlet they have for their problems.

As we discussed above, men are under a lot of pressure to succeed as breadwinners. It follows that an economic setback either from being laid off or losing work because of injury is a huge risk factor for suicide. In the UK, a 1% uptick in unemployment will see a 0.79% rise in male suicide rates.

In recent years, divorce has emerged as a risk factor for suicide. Marriage provides social and community integration and reduces isolation. Divorce, on the other hand, disrupts the strong societal emphasis on success in marriage. It also isolates the divorcee from his family support system.

In a study on marital status and suicide (Kposowa, 2000), divorce was found to increase the risk of suicide in men. Although, this did not affect women in the study. Men derive a lot of stability from their spouses and family unit while women get theirs from their close circle of friends. 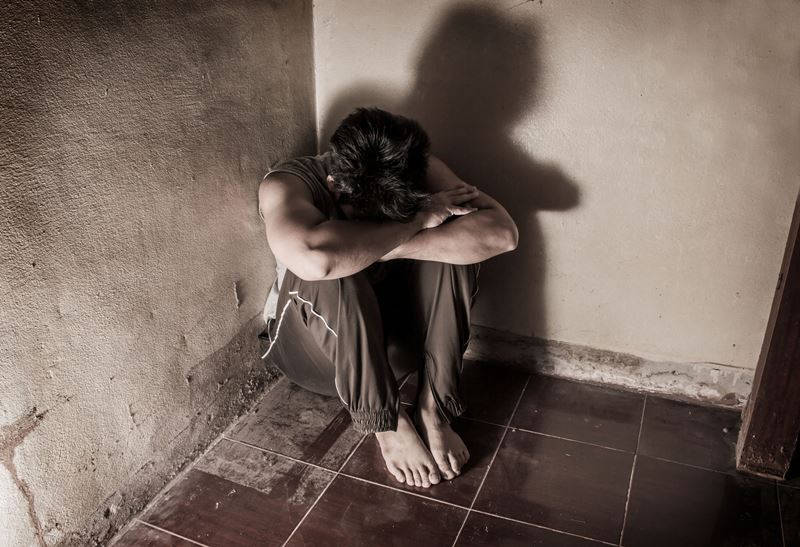 A year prior to taking his life, actor and comedian Robin Williams, described an internal monologue wherein he tried to talk himself out of suicide. He cited how life had been good to him and suicide was not the answer. And yet despite knowing his demons and fighting them daily, he succumbed.

How does a man who finds himself at risk of suicide or having attempted it severally dig his way out of it? How do we as a global community help to bring down these male suicide rates?

Mental disorders such as depression can manifest in more ways than a pervasive sadness. They can be behind physical symptoms such as a change in appetite, sleep problems, memory lapses, lack of energy, fatigue, trouble concentrating and aches that don’t go away. Older men present depression in the form of irritability or grumpiness. Depression is often a precursor to taking one’s own life.

If you sense a sudden or even gradual withdrawal from a man in your life, it is worth looking into. Men at risk of suicide will usually feel that it’s better off for them to not be a part of those around them. They will feel like they have nothing to bring to the table. They will avoid every family get-together and make excuses to avoid spending time with friends or coworkers. This is a red flag.

Making an end of life plan

People who are suicidal will sometimes begin to put their affairs in order. They will write a will or begin giving possessions away. They may call or visit a relative or friend who they haven’t seen in a long while as atonement. This is often a sign that in their minds, the end is near.

When you notice that a loved one has done a 180° in how they behave, then it is time to ask incisive questions. For instance, how are they really doing and whether they are considering suicide?

The change in behaviour can even be a positive one. For instance, a man in his late 50’s had suffered depression and anger issues for years, often threatening to end his life. However, on the day he did it, he came home, helped with dinner and was generally warm and pleasant in a way he hadn’t been in a long while.

This may not be in the obvious statements of wanting to die. It could be hidden in a morbid interest in weapons or lethal substances. A sudden interest in shows and stories about suicide or even songs with suicidal themes.

Prevention is better than cure. Certainly, trying to stop our loved ones before their first suicide attempt can help to stem the rising male suicide rates. After a first attempt, one is drawn to more suicide attempts and the lure of finishing the job.

If you know anyone exhibiting the above warning signs or at risk of suicide, you should: 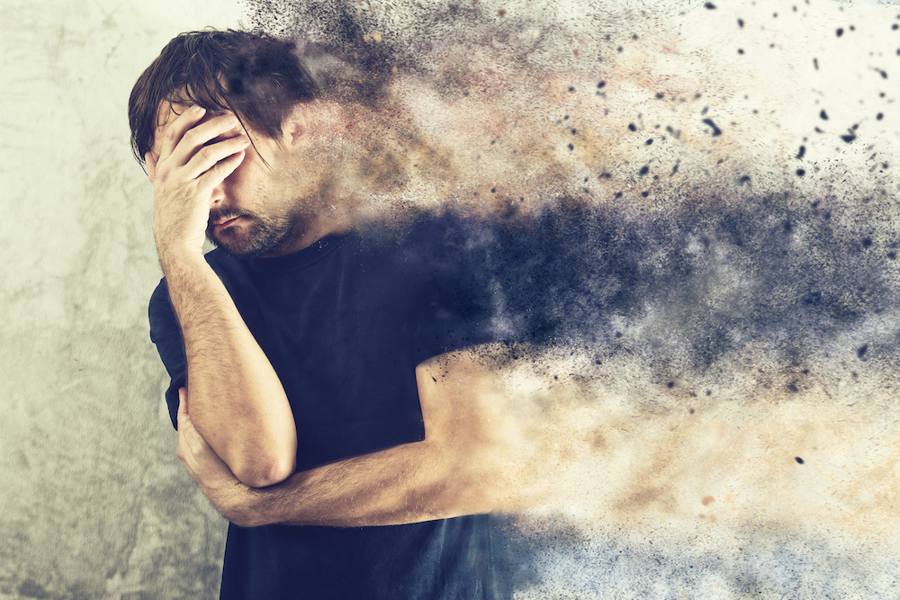 According to Baumeister’s escape theory of suicide (1990), suicide is a process of six steps.

Loosely adopting these steps as a framework for treatment makes it simpler to identify the specific cause behind the suicide ideation. What stage is your loved one in? And how can you remedy it specifically?

Create a sense of community or fraternity

Reconnect with the family who should show support through listening, comforting and even accompanying the person to therapy.

Give the person a purpose for living, especially an opportunity to give back to the less fortunate. This will help them focus less on dying.

Talking will not automatically solve a suicidal man’s problems. Yet, if they can find a safe space to talk openly and honestly then the downward spiral behind the crazy male suicide rates can be curtailed.

Encourage proper eating, regular exercise and sufficient sleep of 7-8 hours per night. Eating and exercise trigger the release of happy hormones which can instantly give a more positive cast to someone’s day. Mental health is irrevocably tied to the quality of sleep.

Suicide is an issue that our modern society cannot afford to brush off. Especially not the alarming suicide rates. The individualism, materialism and breaking down of tradition that characterises this millennium are at the root of many of these suicidal tendencies. As such, it is up to each one to take responsibility and help the vulnerable in our communities.