Can you imagine what it would feel like to be trapped inside your own body, fully conscious but unable to move or communicate with the outside world? It’s a nightmarish existence I don’t want to think about; yet, this is exactly what happened to Martin Pistorius.

The Intriguing Story of Martin Pistorius

A Typical Childhood in South Africa

Martin Pistorius was born in 1975 and lived with his parents in South Africa. Growing up, Martin was a typical child, enjoying life with his siblings, and had just started to develop an interest in electronics. However, this all changed when he was 12 years old.

In January 1988, Martin was struck down with a mystery illness. He had no appetite, he wanted to be left alone and slept all day. At first, everyone suspected he had caught the flu. But there were no signs of recovery. Then, he lost his voice.

His parents, Rodney and Joan Pistorius were beside themselves. He was seen by doctors who could only guess that this was a brain infection, similar to meningitis. Everyone hoped that Martin would get better, but he didn’t.

As time progressed, Martin found it more and more difficult to move his arms and legs. By now, 18 months had passed and Martin was wheelchair-bound.

As his condition worsened, he was hospitalised. Unable to speak, move or make eye contact, Martin was now in a vegetative coma, and there was no sign that he would ever wake up. Doctors were at a loss.

They advised his parents that Martin would get progressively worse and that he had perhaps 2 years left to live. The advice was to make the remainder of his life as comfortable as possible and to take him home.

Martin Pistorius – A Child Locked Inside His Body for 12 Years

Rodney and Joan enrolled Martin into a care centre for severely disabled children. Every morning, Rodney would get up at 5 am to wash and dress Martin, then drive him to the centre. Martin would go there for 8 hours a day and then Rodney would pick him up and bring him home.

Because Martin could not move, he was prone to bedsores. So Rodney would get up every 2 hours to turn him over in the night.

The constant caring for Martin took a physical and emotional toll on the family. After several years, his mother Joan could take no more and she snapped. She said to Martin:

“‘I hope you die.’ I know that’s a horrible thing to say. I just wanted some sort of relief.”

Her only relief was that Martin could not hear the terrible things she was saying. But by this stage, he could.

What his family did not know was that although Martin could not move or talk, he was very much conscious. He could hear everything that was being said. Martin was locked away in his own body.

Martin explains in his book Ghost Boy that for the first couple of years, he was not conscious of what was happening. However, by the age of 16, he began to wake up.

At the start, he was not fully conscious of his surroundings but could sense people around him. Gradually, over the next few years, Martin regained full consciousness, but, tragically, could not communicate with people around him.

He was a prisoner, a zombie, locked inside his own body. He was a normal person; he could hear, see, and understand everything that was going on, but he was unable to move.

“Everyone was so used to me not being there that they didn’t notice when I began to be present again,” he says. “The stark reality hit me that I was going to spend the rest of my life like that — totally alone.”

I cannot imagine how an adult copes with that knowledge, but Martin was only 16. He had a lifetime of this existence ahead of him. Martin decided that the only way he could bear this existence was to not think about anything.

“You simply exist. It’s a very dark place to find yourself because, in a sense, you are allowing yourself to vanish.”

He found that, over time, it became easy to blank out and ignore what was going on around him. But there were some things that he could not ignore and forced him back into the conscious, waking world.

As Martin had shown no signs of consciousness, staff at the care centre often placed him in front of a TV. Repeats of cartoons were routinely played and in particular, Barney.

After sitting through hundreds of excruciating hours, Martin grew to hate Barney, so much so that he stopped blanking out the world around him. He needed a distraction to take his mind off the purple dinosaur that pervaded his thoughts.

He began to notice how the sun traveled across his room and figured out that he could tell the time by watching its movements. Slowly, as he consciously engaged more with the world, his body began to improve. Then, something amazing happened.

Freedom for Martin After 12 Years

One day, when Martin was 25, a care worker at the centre called Verna noticed that he seemed to respond to the things she said around him. She studied him closely and recommended he was sent for tests.

It was confirmed. Martin was fully aware and could communicate. His parents bought him a specially adapted computer which allowed him to ‘speak’ for the first time in 12 years.

Martin’s long road to recovery had just started, and his nightmare was finally coming to an end.

Nowadays, Martin is happily married and living in the UK with his wife Joanna and they have a son Sebastian. He communicates via a computer and uses a wheelchair to get around. He can drive using a specially adapted car and works as a computer scientist and web designer.

Martin credits his care worker Verna for his progress and the life he has today. If it wasn’t for her, he thinks he would be forgotten in a care home somewhere or dead. 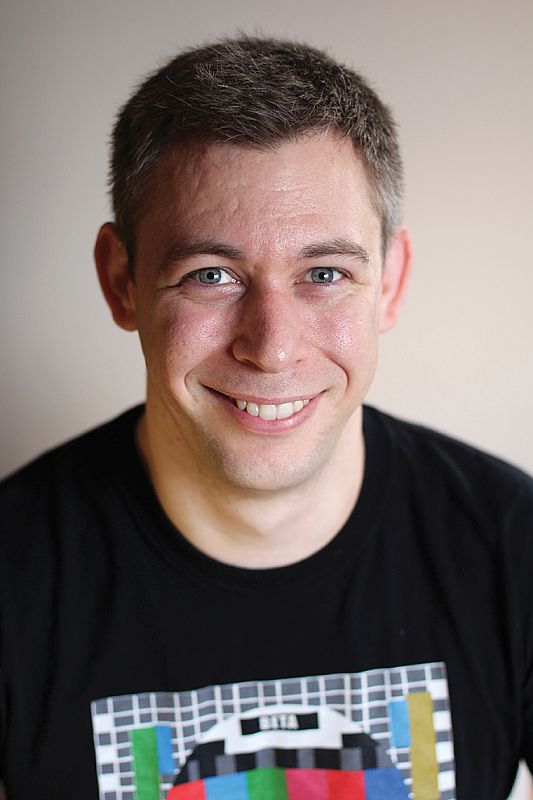 The story of Martin Pistorius is one of courage and determination. It seems only right to end with his own words:

“Treat everyone with kindness, dignity, compassion and respect, irrespective of whether you think they can understand or not. Never underestimate the power of the mind, the importance of love and faith, and keep on dreaming.”