Some people have occasional bad moods and some deal with something much deeper. Is it possible that you’re in the presence of a mean person?

I hesitate to call anyone mean because I know there is generally a reason for their anger and frustration. Most people are also good at heart, just covered in scars. Many people aren’t pleasant because they’ve lived difficult lives, you see.

So, I try to understand why someone acts the way they do. However, there are those few that really seem to have a mean disposition with no excuse. They can be defined as so:

A mean person is someone who is unkind or cruel with the intention to put others down and make them fail.

What are the traits of a mean person?

As the definition above proves, there are mean people in this world. Notice the word ‘intention’. This means they are motivated by being mean. Maybe there aren’t many truly mean people, but there are those who almost fit the bill of evil or toxic.

Using traits or characteristics, we can understand who these people are. Here are several ways to tell.

1. They are just rude

Being rude is a choice, and usually a well-thought-out one. For instance, if someone you are dating is rude to the waiter at the restaurant, but then nice to you, beware. You could be dating a truly mean type of person.

Mean people don’t respect others in public, and they eventually will not respect them in private either. This includes how they treat you as well, so watch out.

Mean people are inconsiderate to others. Now, this covers a large area of actions, including denying chivalrous actions many men and women appreciate. These are different according to one’s beliefs.

Some people may think others are mean by not doing these chivalrous things, but it depends on whether they are aware of them. If someone is mean, they are aware, claim to be chivalrous, but yet, deny this to their loved ones. So, there are various factors at play.

There are many ways someone can be this way, but it just spells out ‘mean’. I guess the only other reason a person might act this way is if they were never raised to be considerate. But if they were, and they still don’t care, there’s your proof.

I’ve lied before, and every time I do it, I feel terrible for a long time. This is where I tell you about the difference between a liar and occasionally telling lies. Yes, there’s a difference, although lying is wrong. If you lie sometimes, which is bad, you aren’t necessarily a liar. This is because you do not intend to lie and you do it rarely.

On the other hand, a liar is someone who liars habitually. A day doesn’t go by that they don’t tell a lie, usually, and the lies don’t even make sense. A mean person will lie because they always want to get their way.

If they feel, for a one moment, that things will not go exactly as they want, they will fabricate and build a way to turn the tide. This could even be for petty things. If the liar doesn’t have a psychological problem that’s the reason for the lies, the lies are motivated by a mean spirit.

Nothing proves that a person is mean more than watching them be fake. In this case, the mean person is nice to outsiders and mean at home. Their priority is to make the public think they are really good people when in truth, they have many problems… problems they aren’t willing to face.

Some of these people will go their entire lives being okay with wearing masks. They know they’re doing it, they know they’re hurting others, and they just don’t care. The only thing that matters to them is them. 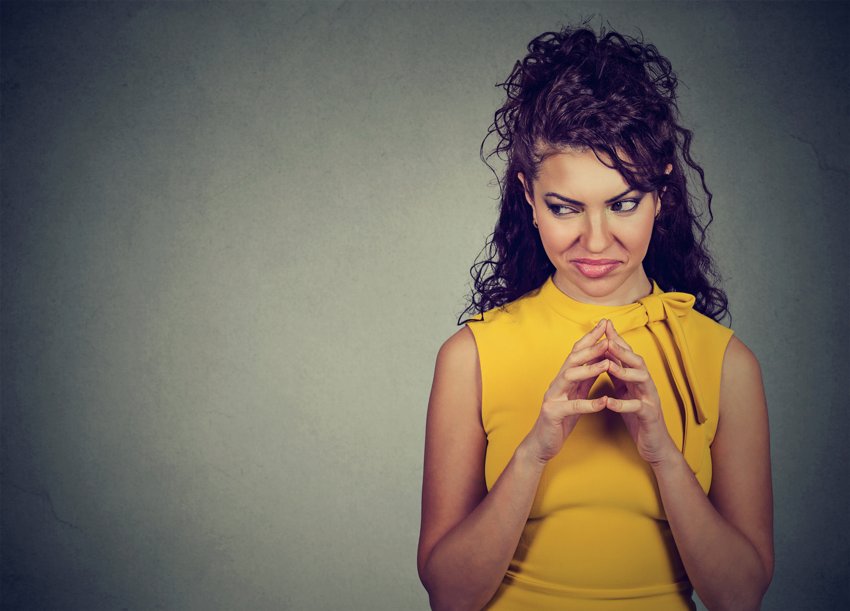 Getting pleasure out of bad things that happen to others is also called schadenfreude. Did you know that some people actually get pleasure out of the misfortune of others?

Let’s say you’re a mean person and you find out your old classmate has a serious illness, you might laugh or make fun of them. It’s true. If there is an accident on the road, and you have to drive past, you will take pictures, either to post on social media or to show friends.

Your reasons will be that you want to find out who is hurt, but secretly, you want to be the one to spread the bad news. It makes you feel good about yourself. It’s so despicable.

6. There is no remorse

Mean people, after saying mean things or committing cruel actions, will feel no remorse for what they’ve done. It doesn’t matter how drastic, and even if they’ve screamed at you, dragged up every single imperfection you have, they will not feel bad about it.

If a person isn’t mean, they usually feel bad when they hurt someone emotionally. This is true for any physical altercations as well.

This action comes in many ways. Whether it’s gaslighting or blaming everything on others, it’s called a manipulation. And it dwells in truly mean people. Manipulators can make you feel so bad, even to the point of shining doubt on your self-worth.

There are many people who’ve been almost destroyed by manipulation in this manner. They blame, they have random outbursts, drag up all your past mistakes, purposely hurt you, and stray from apologies. This toxic trait is one of the vilest characteristics of people who are mean.

Some bad people are outwardly mean to animals, while others are only kind when they are in a good mood. I’ve watched this happen before and it infuriates me. Mean people mistreat animals even from an early age and think it’s normal.

In my experience in relationships, my partner was only good to my pets when he was happy with me, but when he was not, he pretended they didn’t exist, or worse, was abusive. This is just mean.

9. They have weird vibes

There’s just something about mean people that make you cringe. When they enter the room, it’s as if you can see their bad intentions churning in their brain. The air around them seems stale and innocuous. I think it’s the toxic personality literally oozing from their being.

It’s really creepy when someone like this enters the room and you tend to brace yourself. You know, at any minute, they are about to come up with something that either makes no sense or causes trouble. I think they spend quite a bit of time thinking up underhanded and suspicious activities that they plan to lie about. Open your mind and see if you can feel this evil vibe.

Have you ever been with someone or know a person who could never be wrong… about anything? Well, there are those people, in case you haven’t yet met one. They could say pigs were falling from the sky, then you correct them, and they will get angry. I know that’s a little silly, but you get my point.

No matter how outlandish the statement, what they say can never be wrong, according to them. In arguments, they either win by talking their way out or if they can’t use intellect, they will get angry and turn things on you in order to protect their perfected status. This is truly mean and hurts so much.

Why are people mean? 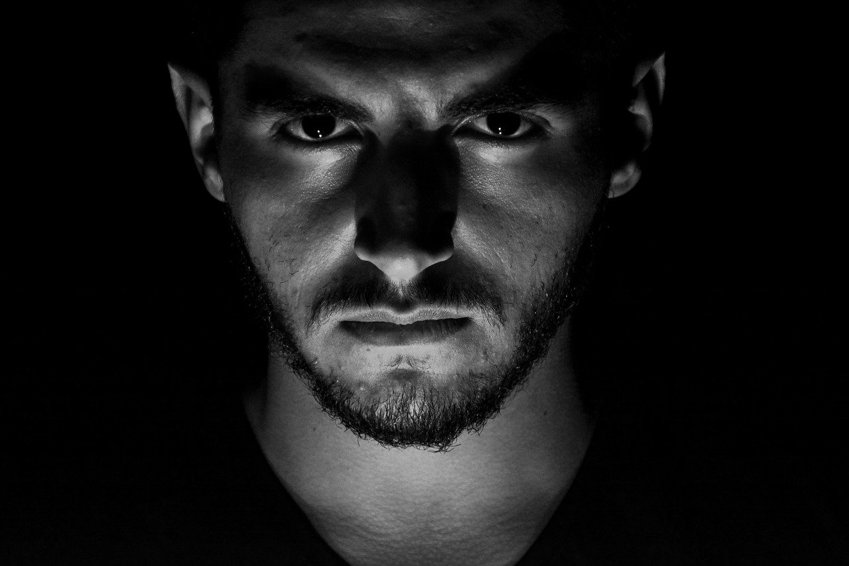 So, why are people mean? I’m not sure of much, but I know a few reasons why people can be cruel. These reasons aren’t excuses, but they are ways to understand why people do things that sometimes knock us off our feet, figuratively, of course. So, here are a few reasons why.

Some people are mean because of trauma or neglect from childhood. After extensive abuse, they give up on fighting and turn to create a fake persona to protect themselves. Unfortunately, they carry this persona into adulthood and hurt other people. Why are people mean instead of seeking healing? Well, only they know.

2. Genes from a relative

Other people are mean because someone in their family was also mean, and they inherited the genes from this person. Spiritually speaking, it’s about “curses from former generations”. If this is the case, a mean person can change, but it will take extensive work to remove those inherited traits.

Sometimes, bad things happen in early adulthood, which frames the way we see other people. From then on, we act in cruel ways towards others, hoping we can protect ourselves from further hurt. Mulitple bad marriages can actually cause a person to become mean over time. They become cold and hard and build walls against others.

A bully can create another bully easier than you think. If you are bullied in school or at your job, and you have a weakness in certain areas, you can become the bully yourself. You can grow into a mean person. Your mind will be trained to treat others in the way you were treated instead of finding a way to heal.

How do we deal with mean people?

Well, the first thing we do is to understand why people are mean. After we know, we can figure out how to deal with them. In many cases, in order to stay sane, we choose to stay away from mean people.

There are times, however, when we cannot do that, especially when it’s a family member or mate. If you can communicate at all with this type of person in your life, you will need to seek professional help. The reason for this – a mean person either doesn’t want to give up that power, or they simply have no idea of what they’re doing.

I hope you can discover and deal with the mean people in your life. I am still working on that one myself.