What Is Mean World Syndrome?

Mean World Syndrome describes a psychological bias where a person believes the world is a more violent place because they watch a large amount of violence on TV.

Mean World Syndrome is based on the research of Hungarian Jewish journalist George Gerbner. Fascinated by the influence of violence on TV on our perceptions of society, Gerbner wondered why, if we are all now consuming larger amounts of violence on TV are the real-life crime figures dropping.

How to Spot the Signs of Mean World Syndrome?

You might think to yourself that there’s no way you would succumb to this way of thinking, but here are just some of the signs of Mean World Syndrome:

Violence and TV: What Leads Us to Develop Mean World Syndrome?

We tend to think of the TV as an innate and harmless form of entertainment. It sits in our living rooms, we turn it on to appease bored children, or it remains on in the background unnoticed. But TV has changed throughout the decades.

For instance, I’m 55 years old now, and I remember the very first time I watched The Exorcist. It frightened me for nights on end. I happened to show the film to a few friends who were twenty or so years younger than me, expecting them to have the same visceral reaction. But they just laughed.

I think we can agree that TV and films, in particular, portray violence in a much more graphic way these days. But the majority of us watch violence like this on TV and do not turn into serial killers. And this is what interested Gerbner.

Gerbner found that people with moderate to heavy TV and media viewing habits were more likely to believe they would be a victim of violence. They were also more worried about their personal security. They were less likely to go out in their own neighbourhood at night.

These responses differed greatly from people with light viewing habits. In this case, light viewers had a more rounded and generous view of society.

“Our studies have shown that growing up from infancy with this unprecedented diet of violence has three consequences, which, in combination, I call the “mean world syndrome.” What this means is that if you are growing up in a home where there is more than say three hours of television per day, for all practical purposes you live in a meaner world – and act accordingly – than your next-door neighbour who lives in the same world but watches less television.” Gerbner

So What Exactly Is Going On?

There’s a historical view of media and TV violence that we viewers are passive in our entertainment. We are like sponges, soaking up all the gratuitous violence. This old view suggests that TV and media fire information like a bullet into our minds. That TV and media can control us like automatons, feeding our minds with subliminal messages.

Gerbner saw things differently. He did believe that TV and media played a crucial role in the way we view society. But not one where we are encouraged to commit violent acts. One where we ourselves are scared and frightened by what we see.

How Mean World Syndrome Is Cultivated in Our Society

According to Gerbner, the problem lies in how this violence is portrayed on TV and in the media. It intersperses with banal content. For example, one minute, we are watching an advert for bleach or nappies, and the next, we see a news item that someone’s daughter has been abducted, raped, and dismembered.

We switch from one shocking news story to comedies, from a graphic horror film to a cute animal cartoon. And it is this constant switching between the two that normalises the violence we see. And when mass media normalises something as awful as a child abduction we don’t feel safe anymore.

We assume that this is the world we live in now. It’s that old news saying: “If it bleeds, it leads.” News channels focus on the most violent crimes, movies find new ways to shock us, even local news prefer gore and horror to cute stories about rescue puppies.

Gerbner realised that it was the normalisation of violence, he called it ‘happy violence’ that cultivates a fearful society. In fact, there is a direct correlation between the amount of TV a person watches and their level of fear.

Mass media saturates us with graphic images, horrific stories, and frightening storylines. News channels remind us about the ‘War on Terror’, or the consequences of the coronavirus, all while glaring mugshots of offenders pierce through our collective consciousness.

It’s not surprising we are afraid to go outside our own homes. This cultivated fear shapes us into victimhood.

TV and Media Are the New Storytellers

Yet, you could say that we come across violence in fairy tales as children, or in Shakespeare’s play as teenagers. That we need to acknowledge violence as part of what’s good and bad about society. However, we are told fairy tales by a parent who provides context or comfort should we become upset. Shakespeare plays often have a moral story or ending which is discussed in class.

There is no parent or teacher advising us when we view violence portrayed in mass media. Moreover, this violence is often sensationalised, it’s delivered in a spectacular way. It’s often portrayed as humorous or sexy. As a result, we become indoctrinated with this constant flow saturation.

We Are Born into Viewing Violence 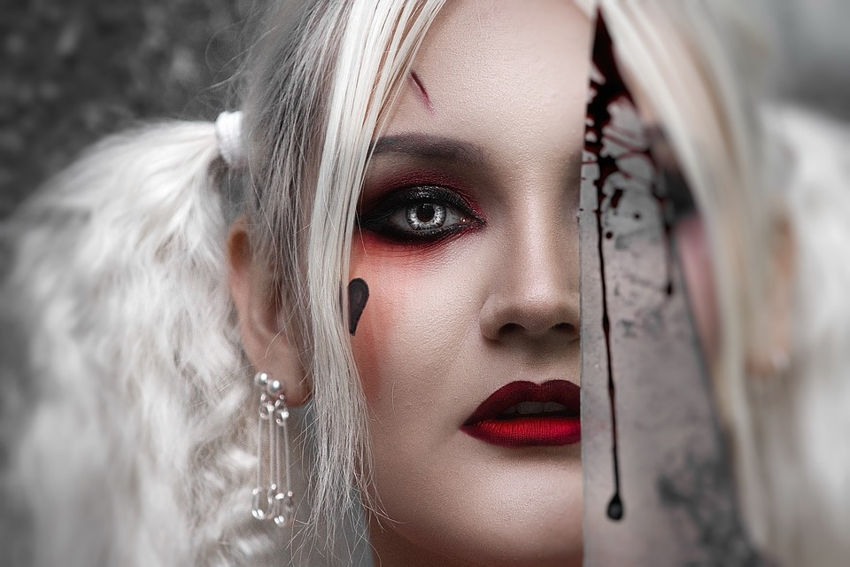 Gerbner stated that we are born into this saturation. There is no before or after viewing violence, we grow up with it, and from a very early age. In fact, children view around 8,000 murders by the age of 8 years old, and around 200,000 violent acts by the time they are 18.

All this violence adds up to a pervasive narrative we believe to be true. Each TV programme, every news story, all those films add up to a seamless and continuous dialogue. One that tells us the world is a scary, frightening, and violent place to live in.

The reality, however, is much different. According to the Justice Dept., murder rates are down 5% and violent crime is at an all-time low, having dropped 43%. Despite this, coverage of murders increased by 300%.

How to Fight Mean World Syndrome?

There are lots of ways you can control how you feel about the society you inhabit.

It’s easy to see how we can become enveloped in Mean World Syndrome. Every day we are bombarded with the most gruesome facts and images. These present a distorted view of the world.

The problem is if we only see the world through fear-tinted glasses, solutions to our problems will be based solely around this fear. And we could end up imprisoning ourselves for no good reason.