Since a century ago, new physics theories and ideas have led to many revolutionary results.

Quantum mechanics and relativity theory and their profound concepts have not only changed our basic understanding of physics from the domain of elementary particles to that of the whole universe.

Their weird interpretation of space, time, the structure of matter, the universe, elementary particles, etc. has led to predictions that were unthinkable even a decade ago.

The introduction of such concepts as strings, branes, multiverses, parallel worlds, multi-dimensional space, etc. is a consequence of these two physics theories that with many other predictions that are yet to be verified in the future.

The fact is that some of these ideas and theories are so ahead of our time that, according to estimates, their verification needs centuries of technological advancement. In this article, some of these weird physics theories are discussed.

This theory was developed to resolve the issue of measurement in quantum physics and the fact that results of physical measurements may be closely dependent on what we think about their outcome.

In an attempt to solve the measurement problem in quantum physics, physicists are frequently faced with the unresolved dilemma of consciousness.

Although most physicists try to by-pass the issue, it seems that there is a link between the conscious choice of experiments at the quantum level and the result of the experiment. Although not quite confirmed, recent empirical results at the elementary particle level suggest a close connection.

Some physicists, most notably Roger Penrose, believe that current physics is not capable of explaining consciousness and that consciousness itself has a link to the strange quantum realm.

2. The Many World theory 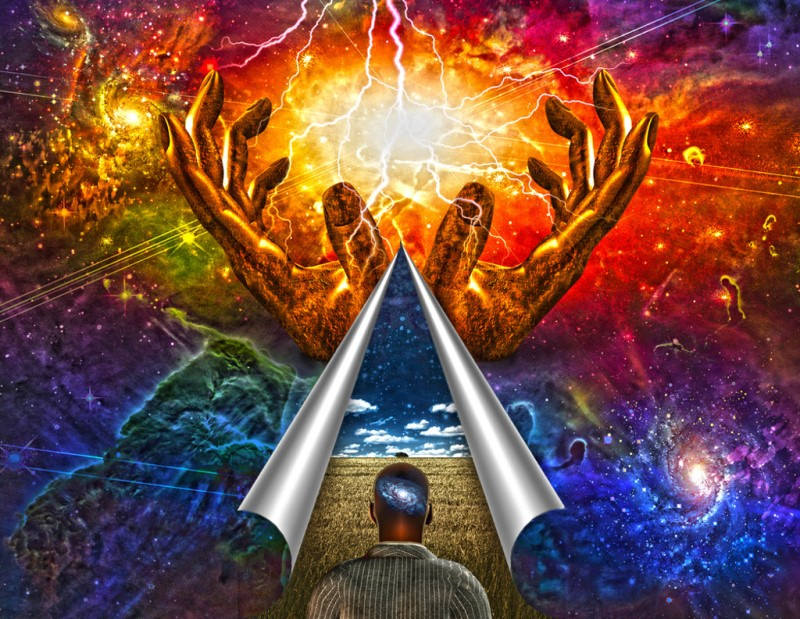 According to this theory, in addition to our universe, there is an infinite number of other universes. The theory was originally offered to resolve strange quantum interpretation of particles and their wave-particle dual nature and causality principle.

Scientists have gone even further to suggest that equivalently for every there are many brains that act independently, and what we observe is the reflection of one of our many brains while others may observe something totally different.

3. Reality does not exist

The question of the real meaning of reality has long been a heated discussion among philosophers as well as scientists. Until the advent of quantum mechanics and Heisenberg’s uncertainty principle, the issue was whether what we observe exists out of our mind or as idealists suggest are creations of our mind’s perception.

Quantum mechanics abolished a deterministic view of the universe at least at the quantum level, suggesting uncertainties in our observations that may contradict the causality principle.

In line with this notion of the universe, recent experiments suggest that reality may not actually exist unless it is measured.

New research by ANU researchers on the dual nature of elementary particles indicates that particle or wave nature was brought into existence after they were measured. In other words, the measurement is everything and the reality exists only when measurements are made.

4. Our universe is a gigantic hologram

Holograms are devices that store information of 3-dimensional objects on a 2-dimensional photographic film by illuminating a monochromatic laser beam on the object and storing the interference pattern on the film.

The reverse action, i.e. illuminating the developed film by a coherent light source such as a laser, will produce a floating 3-dimensional image.

In line with this principle of preserving information of 3-dimensional objects on a lower 2-dimensional surface, the hologram universe theory suggests that our universe is also the projection of a lower-dimensional flat shell.

Physicist Gerard t’ Hooft was the first to formulate the holographic principle with regards to the information theory. The idea was later developed in 1997 by physicist Juan Maldacena and, more recently, by a team of Japanese researchers.

Their research supported the possibility of our universe being merely a hologram of a flatter space where there is no gravity. Whether we may ever know if we live in a hologram is seemingly impossible due to extremely small dimensions that cannot be probed.

5. What we see as our universe is embedded in a giant black hole 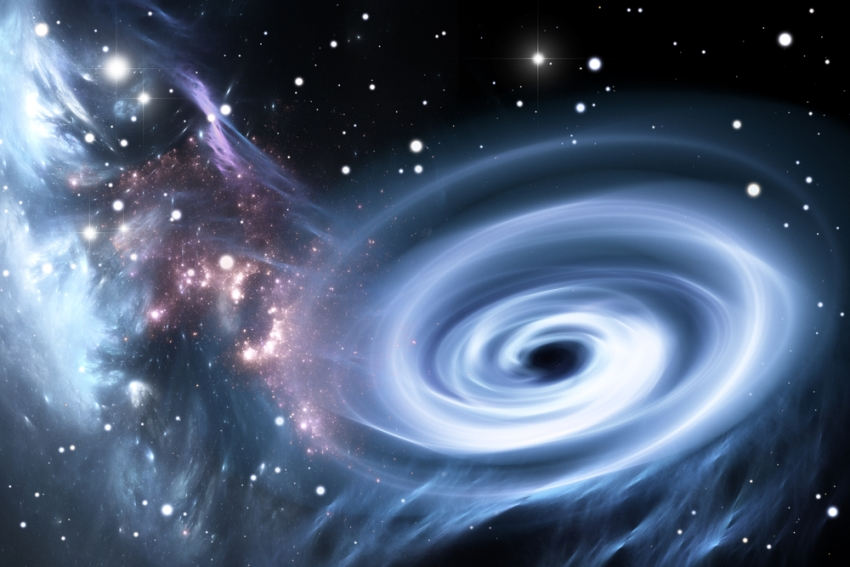 The idea has long been a subject of science fiction, but now a new theory based on a mathematical model of the falling of the spiraling matter into a black hole has given theoretical support to the idea.

The theory was first suggested by the Indiana University physicist Nikodem Poplawski. He suggested that our universe might indeed have been created and trapped inside a gigantic black hole that itself exists in another universe.

The theory with its strange implications has not been verified or even tested relying on purely theoretical ideas. But if it turns out to be true, then all other black holes can be good candidates for other universes that we are unaware of.

Do you know any other mind-blowing physics theories? Which of the above-mentioned theories seems the most intriguing to you? Share your thoughts in the comments below.