9 Signs of Needy People & How They Manipulate You

We all have encountered overly clingy and needy people in our lives.

Some may have been in a relationship with a too dependent partner, others could have had a friend who asked for one favor after another. While it’s totally human to feel emotionally attached to those around you as well as to ask for their help from time to time, these personalities take it to another level.

Needy people often come to the point of becoming toxic manipulators. More often than not, they are unaware of what they are doing though. Clingy individuals tend to have insecurities and lack mental toughness, so they just can’t help themselves. They need other people to make them happy and complete.

Still, dealing with a needy person can be challenging for your own mental health. So, it’s important to recognize the signs of when your needy friend or family member is taking advantage of you and is becoming a toxic influence.

1. They have a victim mentality

Being a needy person and having a victim mentality are often synonyms. These people just can’t take responsibility for their actions and failures. They always blame someone else for everything.

If they made a mistake in a report, it’s because their loud coworker distracted them from work. If they didn’t keep your intimate secret, it is because they encountered a devious manipulator who tricked them into sharing it.

In the end, it’s never a needy person’s fault. And they don’t just stop here – they go on to make you feel sorry for them as well.

If we take the example with the secret, your needy friend will probably say how devastated they are by that manipulator. And that you shouldn’t have confided in them in the first place. Now their whole life is completely ruined because of the secret you shared with them! It may sound crazy, but eventually, you will actually feel sorry for your friend and guilty for calling them out for revealing your secret!

Being needy doesn’t equal being a manipulator, but sometimes, this trait comes with a natural talent in inducing unjustified guilt in others. You see, making people feel guilty is a great way to take advantage of them.

When your friend is convinced that whatever you are going through is their fault, they are more likely to give you what you want or to turn a blind eye to something wrong you have done.

3. They take advantage of you

Needy people are usually takers and rarely givers. If you are there for them when they need you, it doesn’t mean that they will do the same for you.

All relationships should have reciprocity in them. And I’m not talking just about helping each other. Emotional investment is an essential component of any relationship, whether it’s a romantic, a family, or a friendly one. When you are the only person in a relationship who is concerned, genuinely interested, and willing to help, it means that the other person is taking advantage of you.

Does your needy family member ever call you just to see how you are doing? Is your friend really paying attention when you are telling him about your problems? Do they ever invite you to their place for dinner or do they only enjoy your hospitality? Are they there for you when you are in trouble?

If a needy person in your life shows up only when they need something from you, I’m sorry to tell you this, but you are being taken advantage of.

4. They are constantly in trouble

In the beginning, needy people may seem just unlucky. Whatever venture they take on, it’s doomed to fail. It may look like they are cursed and the whole world is conspiring against them! They get fired from work, their businesses collapse one after another, they get involved with the wrong people all the time.

When a needy person talks about their failures, they, of course, blame someone else or things like bad luck or the wrong circumstances. We have already talked about their victim mentality above, remember?

As a result of this endless chain of disasters, they end up asking for your help. And yes, they have no one else to turn to. Only you and your help can save them.

5. They are in a constant need for approval and reassurance

A needy personality often stems from insecurities and low self-esteem. For this reason, they need constant reassurance from other people. They may become quite manipulative in trying to get your approval.

They love doing what’s called fishing for compliments. It’s when a person purposely says self-critical things to hear that they are being wrong about themselves. This is what needy people often seek – your reassurance. They literally feed off it because deep inside, they feel bad about themselves.

6. They compete in misery

This toxic behavior is a consequence of a victim mentality. Needy people seem to compete with others in misery, so whatever problem you are facing, be sure that they always have a worse one.

Say that you are confiding a problem in your marriage to your friend. He looks like he is listening to you, but as soon as you stop talking, he tells you about his past heartbreak, which was much more tragic than the issue you have with your wife.

As a result, you receive no empathy or advice from your friend and end up listening to his heartbreaking story and comforting him instead.

7. They exaggerate their problems and belittle those of other people

Similarly, a needy person may become passive-aggressive and throw out belittling remarks about other people’s difficulties. All this serves one purpose – to earn all the attention and empathy for themselves.

They may get sarcastic and say unkind things like ‘I wish I had his problems’ when someone else is struggling. All this comes down to a lack of empathy and emotional intelligence needy people often have. They really believe that they are the only person who is struggling and everyone else’s problems are a joke.

8. They can’t deal with their issues on their own 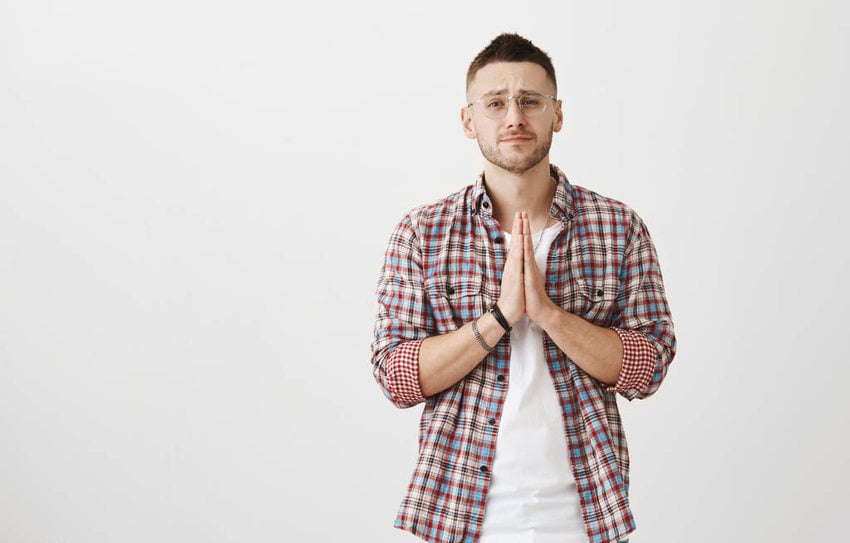 Self-sufficiency is not among the traits of needy people. Sometimes, it can seem that they are just unable to solve a problem on their own. For example, if they are facing financial difficulties, they won’t think about getting a better job or earning some extra income but will immediately go to the solution of borrowing money from a friend or a family member.

For this reason, you will often find needy people asking for all kinds of favors, from requiring your assistance in the most trivial issues to helping them make a life-changing decision. Yes, it’s fine to expect support from the people around you. After all, this is what true friends do, right? But it’s not fine when you don’t even try to figure out a solution by yourself and rush to your friend for help.

9. They believe that you owe them

Needy people often believe that the world and those around them owe them something. This makes them convinced that they have the right to require help from their family members or friends.

Let’s take an example of needy behavior in a family relationship. Aaron’s parents got a divorce when he was 12 years old. While he stayed in contact with his father, he never received any substantial financial help from him. Still, he grew up into a self-sufficient adult and is now successfully running his own business while his father is switching from one venture to another and is on the edge of financial disaster.

At some point, Aaron’s father is asking him for a loan so he can pay off his debt and start a new business. Aaron refuses, and his father gets furious. He blames his son for being ungrateful and not appreciating what he has done for him all these years. For example, Aaron has forgotten how his father was driving him to school or how he took him to a few road trips when he was a kid.

As you see in this example, Aaron’s father is convinced that his son owes him, so he didn’t expect that he would refuse to help him.

In the end, needy people don’t mean to become toxic and behave in a manipulative way. These people often have issues with emotional attachment and self-esteem, so their clingy nature is due to their mental makeup.

Thus, if you have a needy person in your life, treat them with kindness but don’t allow them to exploit it. Establishing healthy personal boundaries is a key approach to dealing with them.