There are many theories of the origin of the universe. Some of these ideas are based on spiritual aspects while some are mind-bending, just as some ideas of our universe.

Have you ever wondered about the origin of the universe? Well, of course, most of you have. Although we’re small compared to the big picture, we thrive on learning more and more about where we came from. Thinking about the universe with its spectacular beauty leaves us dreaming of our origins beyond our imagination.

Just a few ideas about how it began

If you think you’ve heard it all, just take a pause. There are multitudes of theories which explain the origins of how we came into being within our universe. Many of these theories are strange and interesting, to say the least. While many are common theories we’ve heard before, all of them are intriguing. Let’s take a look at a few of them.

You may be familiar with black holes. Most people are. If not, here’s a breakdown. A black hole is the result of a star which has died, creating a hole which sucks in light and all other matter surrounding it. White holes work in the opposite manner. Instead of sucking matter in, they spit it out.

The white hole is an area of spacetime which cannot take any matter in from the outside, only spit it out. Meaning, a white hole could be the birth of a star or a multitude of them. Of course, this is just a hypothetical theory, created by the idea of relativity which is from the brain of Albert Einstein.

One origin could explain, in simple terms, the beginning of the universe. The Big bang theory is a popular one, especially among those who do not believe in creationism. Basically, the big bang theory says the universe came from a singular solid mass.

So, what if the Big bang wasn’t the actual beginning, but just a part of the process? Well, with the slow freeze theory, that is very possible. In this theory, it seems the universe started in a cold and empty pre-existence.

The particles in this existence became so heavy while gravity weakened, thus warming by radiation coming from the heavier masses. The Big bang may not have been a big band at all, but a slow warming and expanding process producing stars, and then whole galaxies over billions of years.

4. Mirage of the black hole 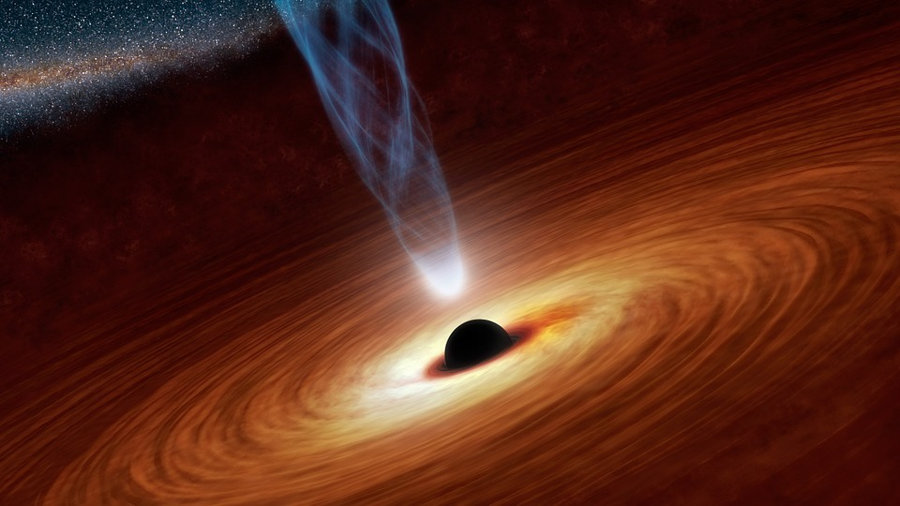 The universe may have strange origins, much like this one. Get ready to wrap your mind around this. Physicists suggested that our universe is simply a 3-dimensional sphere within a 4-dimensional universe. I guess you can say a universe inside another.

We never existed until a 4D star collapsed creating a 3D black hole, or an Event horizon. Material from the collapsed star formed a 3-dimensional membrane around the event horizon. Then expansion occurred within the membrane, hence the universe we know.

The plasma theory focuses on electromagnetism. The basic idea is that some kind of electrical process created everything in the present universe. This includes stars, comets, and the sun. Many people believe what surrounds them are huge filaments of ions and electrons. Forces from electromagnetism warp the electrons and ions. This theory suggests that the universe has an infinite age and size.

Otherwise known as the Steady state theory, the idea that the universe has no big bang or no marvelous creation, may be hard to swallow. However, this was the belief until the 1960s. Some still believe it.

This theory is interesting as well. It’s concerning the expansion and retraction of the universe. This idea states that the universe is always expanding…until it stops. The pulsating theory states that at some time this expansion could stop and then retract.

The retraction may reach a certain size and then a huge explosion similar to the big bang occurs, hence starting the process all over again. This is why it’s called the pulsating theory.

So, how did it all begin? How did so many beautiful cosmic and heavenly sites come into being? Honestly, it’s a mystery. We do, however, have theories which help us understand how the birth of the universe may have occurred.

So, what do you think? What is your theory of the origin of this vast universe?