5 Signs the Proud Person in Your Life Is Just Arrogant

Pride is the great quality of appreciating your successes and having confidence in your endeavors. However, when does pride become toxic and become a manifestation of arrogance? Could the proud person you know be just conceited? Do you sometimes feel that your significant other isn’t proud but has reached the tipping point of becoming arrogant?

What is the difference between pride and arrogance? Let’s take a look at how to work out whether a proud person is just conceited.

The dictionary defines pride as:

“Feeling self-respect or pleasure in something by which you measure your self-worth; or being a reason for pride.”

Feelings of pride reflect your emotions arising from an accomplishment. Feeling proud of yourself is linked to an achievement or success that has rewarded your efforts with positivity.

Pride doesn’t just relate to yourself; you can be proud of others or proud of group achievements. It connects with other feelings, such as honor, dignity, and self-respect. Pride is justifiable and has an identifiable reason.

Confidence is not a bad trait, and being proud of your successes can lead to improvements in self-esteem. The problem, of course, comes with overwhelming pride, and when confidence eclipses those positive character traits and becomes arrogance.

Arrogance is not the same thing as pride; a proud person is not necessarily conceited. Being arrogant is similar to other negative perspectives:

An arrogant person believes himself or herself to be superior to others, whether or not they have a logical reason to think so. They consider themselves more valuable, their contributions more important, and have excessive expectations of their abilities.

This leads to dominance, an elevated impression of a person’s talent, and a lack of regard or respect for other people around them. Conceitedness is not justifiable, is not necessarily linked to any achievements or successes, and applies only to that person’s opinion of themselves.

Signs that a proud person is just arrogant

1. They demand to be the center of attention

People who have achieved great things have every right to be proud. However, talent speaks for itself, and sometimes the most successful people shy away from the limelight. A conceited person will insist on being the center of attention at all times.

This can manifest as:

2. They feel threatened by other proud people

Somebody who has much to feel confident about will welcome interesting conversations, personal challenges, and meeting new people. If you are confident in yourself and have a healthy level of self-respect, it is unusual to feel intimidated by others.

An arrogant person will often feel ‘at risk’ when confronted with other people who, perhaps, would be able to spot the flaws in their persona and contradict their boasting of accomplishments.

3. They are often irritated or annoyed by people they perceive as weak

Selfish people don’t have much time for others, and will usually try to surround themselves with a social group they consider to be their peers. Conceited people also often attempt to ingratiate themselves with connections with greater achievements than their own, either to gain a higher social status or because they believe themselves to be on a par.

Likewise, an arrogant person will find quieter people or those they consider to be weak an annoyance. They do not have empathy, will not be willing to spend any time with people who don’t further their objectives, and will quickly become frustrated and annoyed.

4. They always believe themselves to be right

Vanity means believing your ideas, suggestions or thoughts to be far superior to those that anybody else could come up with. Arrogant people are uncompromising and extremely difficult to work and live with.

Have you ever seen somebody watching an expert on the news, or viewing a professional sports event, and insist that they know better, or could have done a better job? That is an example of excessive pride, whereby a person truly thinks his or her power of thought, and physical performance is better than anybody else’s – no matter how much evidence there might be to the contrary!

5. They have no respect for other people

If people have an extremely high opinion of themselves, they probably don’t have much room in their psyche for considering anybody else.

A person with excess pride will often show this in lots of small ways, which can conclusively point to their lack of respect for other people:

Being proud and confident are not bad qualities to have. Everybody should feel a sense of pride when they have achieved something difficult, or shown resilience and forbearing. However, arrogance is something quite different, and spending a lot of time around it can be draining.

If you think that the proud person in your life may be arrogant, perhaps now is the time to address the problem. They may not realize that their behaviors have gone too far, and being conscious of how they come across could be a wake-up call to reel in the temptation to dominate every relationship.

An innately conceited person might not be capable of change, in which case the best thing to do is to consider your capacity to manage and cope with their personality. If it is harming you, and you constantly feel exhausted by having to make up for their bad behavior, it may be time to start putting yourself first. 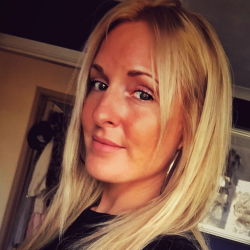 Lauren Edwards-Fowle, M.Sc., B.Sc.
Staff writer at Learning Mind
Lauren Edwards-Fowle is a professional copywriter based in South East England. Lauren worked within Children's Services for five years before moving into the business sector. She holds an M.Sc. in Applied Accountancy and B.Sc. in Corporate Law. She now volunteers within the community sport sector, helping young people to live healthier, more productive lifestyles and overcome the barriers to inclusion that they face. With a keen interest in physical wellbeing, nutrition and sports, Lauren enjoys participating in a variety of team sports in her spare time, as well as spending time with her young family and their dog Scout.