Could excessive social media use lead to depression? Unhealthy online behavior is a real problem in today’s society. Let’s talk about its underlying causes and the ways to overcome it.

In the modern world, the current debate is whether addiction to technology is bearable or not. The status quo has shifted and the topic to be most concerned about is now the internet or more particularly, social media.

Facebook, Instagram, Twitter, Snapchat and all other social media platforms that are now spreading on the face of the Earth like a plague together make up the social media presence of the entire world. The number of people getting themselves registered and addicted is increasing drastically and massively.

This has resulted in almost 60% of the total population of the world having an online presence that is full of contradictory and controversial loopholes that need to be discussed. But is our high reliance on social media always good or does it actually make us unhappy and depressed?

The Need for a Change

Social Media has become the only source of interaction for most people. People are enclosing themselves behind screens now and it is becoming more of a social problem. Physical interaction is as scarce as it has ever been since the dark ages.

It is, as though, people are now living in a cyber world, completely oblivious and ignorant of the world outside. This has resulted in numerous cases of psychological traumas and anxieties to be induced in people’s minds. Not to mention the extreme scenarios that caused a lot of physical damage too like the ‘kiki’ challenge as it is known in the tags.

Although the recent updates in features and facilities available online and the requirement for a better device to avail them all have been proving to be a very successful marketing campaign for the industry, the cons are not negligible. This is where the link between social media and depression comes into play.

People have become socially alienated from each other. Not just the chances of randomly meeting new people have significantly reduced, real-time interactions are being directly affected.

Studies show that people sitting in a room are more likely to check their news feeds online than engage in a conversation. This can be a troubling situation if you consider the reliability and dependency humanity has attached with a simple device.

Families or friends sitting in circles are now having their conversations being steered, interfered and neglected by social media. Having a great social presence online is the new way to be popular and everybody’s competing.

Why Does Social Media Use Lead to Depression?

Numerous studies associate loneliness, anxiety and depression with excessive social media use. People find themselves feeling more anxious and deprived after a session of going online. Feeling left out, envious and full of hatred are some of the other consequences.

The problem of not knowing how to interact socially is now solved by completely ignoring the real-time socialization process. People resort to self-loathing and most have reported being unable to stay away from the screen and developing syndromes that are affecting their daily lives.

What Can Social Media Users Do to Prevent Depression? 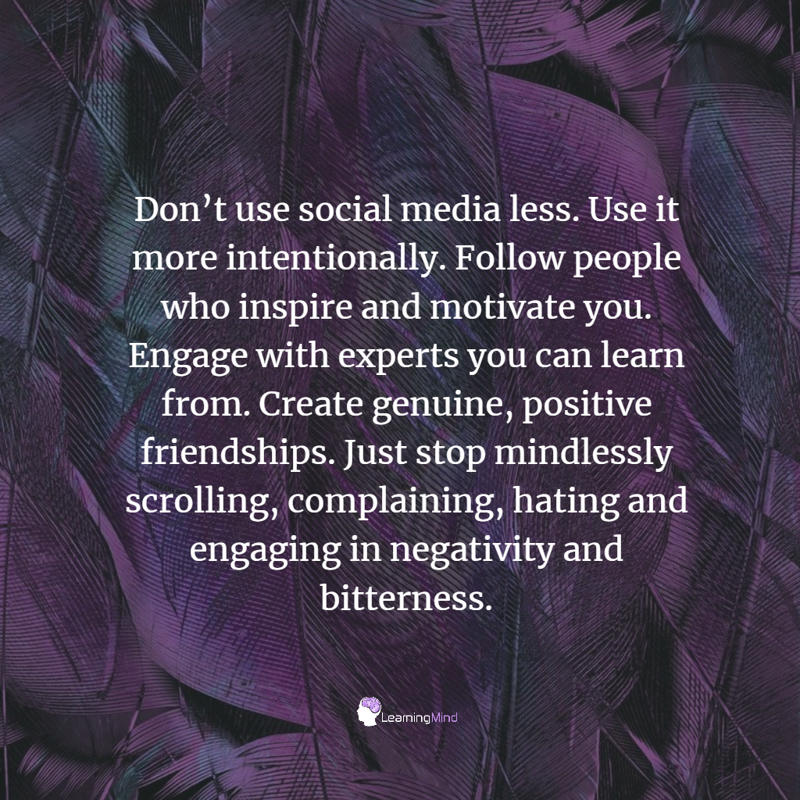 Don’t use social media less. Use it more intentionally. Follow people who inspire and motivate you. Engage with experts you can learn from. Create genuine, positive friendships. Just stop mindlessly scrolling, complaining, hating, and engaging in negativity and bitterness.

Now that we’ve talked about the link between social media and depression and its underlying causes, the real question here is, how can we overcome it? Well, the solution is pretty simple but may be hard for some individuals to follow-thru completely.

The first thing you should know is that technology is not the bad guy here, it is created to help us in our daily lives. We, as a society, have exploited it and are abusing it to get out of tough situations by running away into a fantasy world called social media.

Digital detoxification is the only way to quit the addiction to social media platforms. Simply put, a digital detox is a term that is widely used for the screen-free time. It is very popular these days as people are getting aware of the link between the negative effects of social media use and are trying out solutions.

There are many apps that can help you put your phone down and take the time to interact with the real world. Even, Silicon Valley’s giant Google has included a digital detox app named Digital Wellbeing into their Android 9.0 Pie devices to help the masses quit the addiction to cold, hard screens.

The app monitors your activities like; how many times you’ve unlocked your phone, how much time you’re spending on apps, and such. It also has a wind-down mode that’ll help you sleep by turning off the notifications and change the display to greyscale mode.

Maintaining a social media presence requires a smartphone device with a cell phone tracker unless you’re sure you can live without it. It is best to make a schedule of your screen-time and follow it through. So, once again you can learn to live without it.