Stockdale Paradox: How It Can Help You Survive the Worst

Would you describe yourself as an optimist or a pessimist? Perhaps you’re more of an idealist? Maybe you think it’s important to see the reality of a situation? In any case, is it better to be one or the other? The Stockdale Paradox states that a mixture of realism and optimism is the best way forward.

What Is the Stockdale Paradox and Who Was James Stockdale?

The Stockdale paradox is named after the high-ranking naval officer Admiral James Stockdale. Stockdale fought in the Vietnam War and, unfortunately, was captured by the Viet Cong.

He was held prisoner from 1965 to 1973. During this time, he underwent some of the most brutal torture ever inflicted during a conflict; all whilst living in subhuman conditions. But Stockdale survived. Not because he was an unwavering optimist, or, indeed, a naïve idealist.

Stockdale lived to tell his horrific tale because he managed to deal with the realism of his appalling situation with a small measure of optimism. 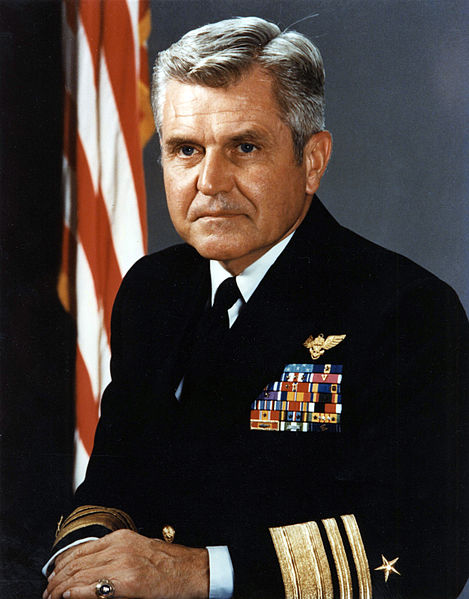 Life in Prison During the Vietnam War

Out-matched by America’s great show of military strength, Vietnamese guards took a different tactic. They set about staging a propaganda war instead.

They captured thousands of US soldiers and brutalised many into ‘confessing’ the bombings of school children and homes of civilians. Guards filmed US prisoners denouncing the US government in humiliating videos.

So why did Jim Stockdale survive whereas others didn’t? In an interview, he said:

“I never lost faith in the end of the story. I never doubted not only that I would get out, but also that I would prevail in the end and turn the experience into the defining event of my life, which in retrospect, I would not trade.”

He was asked ‘Who didn’t survive?’

Stockdale’s Role as a POW in Vietnam

American POWs endured appalling conditions in the prison camps. Routinely shackled to beds by their legs with ironclads, these metal shackles were extremely tight and led to infections and sores. For days on end, prisoners were left to lie in their own faeces and urine.

Vietnam guards tortured Stockdale over twenty times. One form of torture was the rope trick. Prisoners would have their hands cuffed behind their backs, then guards would use ropes to rotate their arms up until their elbows and shoulders popped out of their sockets.

Guards would hang prisoners up for hours, days even. During this time prisoner’s arms would turn purple through lack of blood. Sometimes guard would hogtie a prisoner’s arms and legs together then string them up from a meat hook.

Returning at regulars intervals, guards would tighten the ropes until the prisoners had no feeling left in their limbs. Arms and legs would balloon to twice their normal size.

Remember, these were prisoners with infections and injuries from the war or previous torture. So they were already gravely ill before these hanging sessions. And torture sessions would go on for hours, in some cases even days.

One such inmate of a notorious POW camp, known as the Hanoi Hilton, is Congressman Sam Johnson. He described the torture in an interview:

“As a POW in the Hanoi Hilton, I could recall nothing from military survival training that explained the use of a meat hook suspended from the ceiling. It would hang above you in the torture room like a sadistic tease—you couldn’t drag your gaze from it.”

How do you survive such mental and physical torture with no end in sight?

How Stockdale Survived the POW Camps

Jim Stockdale knew that no one could survive endless torture, either physically or mentally. So he devised a step-by-step system of rules that would help. For instance, he advised prisoners to endure x number of minutes, then give away some information. This gave the prisoners a system to work from.

In fact, Stockdale was instrumental in organising his fellow inmates. He invented an elaborate communication system so that isolated prisoners could feel connected.

Slashing his body with a razor and beating himself bloody with a stool, Stockdale knew the guards would not videotape him as propaganda for the Vietnamese war effort. He taught prisoners a simple code of blinking Morse Code when they were videotaped for propaganda purposes. Now prisoners have a modicum of hope that their messages were getting out.

So where did Stockdale get his incredible resilience from? Was it his training in the Navy? Actually, Stockdale took inspiration from philosophy. He remembered quotes from the famed Stoic Epictetus:

“Men are disturbed not by things, but by the views which they take of things.”

“It’s not what happens to you, but how you react to it that matters.”

A Matter of Free Will

Stockdale realised that despite his capture and subsequent imprisonment, he still had the capacity for free will. Although he couldn’t change what was happening to him, he could control how he reacted to it all.

And that’s different from hoping things will turn out okay in the end. It is being proactive but also realistic about the situation. There are the factors you can control, for instance, your reaction to imprisonment and torture.

Then there are other factors you cannot control, such as liberation. Stockdale knew that to survive this horrific experience, he could not have ‘faith’ that things would turn out alright in the end. Because, dash this faith, time and time again, and there was no knowing if his mental state would ever recover from the sheer disappointment.

Instead, he confronted head-on the desperation and brutality of his situation and devised methods to deal with the worst of them.

So What Does Stockdale Paradox Teach Us?

So how does the Stockdale Paradox help us today? I’ll let Jim Stockdale answer that question:

“You have to have faith that you will prevail in the end, regardless of the difficulties, and at the same time, must confront the most brutal facts of your current reality, whatever they might be.”

In other words, a healthy dose of realism along with a measure of optimism is the best way through any difficult situation.