5 Stone Monuments of Unknown Origin That Puzzle the Scientific Community

The reason why these five stone monuments were constructed still remains unknown.

Why did people do the things they did in the past? Historians, archaeologists, and anthropologists have sought the answer to this question for decades, but often without much success. Finding proof to support a theory is perhaps the hardest part. There are countless theories on why and how people started using the money, but nobody knows when exactly that happened nor why. Many speculate that it was because the first men needed a way to exchange goods, but who came up with the idea and where is the proof?

Stone monuments are another example of phenomena we all know of, but we know very little about the background and the reasons the first man had to create them. Stone monuments are not a characteristic of cultures living in one region of our planet, they can be found everywhere from Indonesia and India to England and France.

Can you think of something all other cultures have? Religion comes to my mind. Monoliths and megaliths are often connected with religion, shamanism and forgotten ancient rituals.

These assumptions seem logical, but often there is a lack of evidence to support them. In my opinion, like the existence of religion even in the most primitive societies, stone monuments are a proof of organized society. They are proof that a group of people who lived and worked together felt an urge to create something, a construct, like religion.

Once again the question pops out, but why?

In recent years, a lot of progress has been made in unveiling the secrets that surround the creation of Stonehenge.

Maybe when scientists succeed in explaining why one megalithic structure was created it will bring us one step closer to understanding why all of them were constructed. Until that happens, let’s take a look at five stone monuments that are still a  mystery to the scientific community. 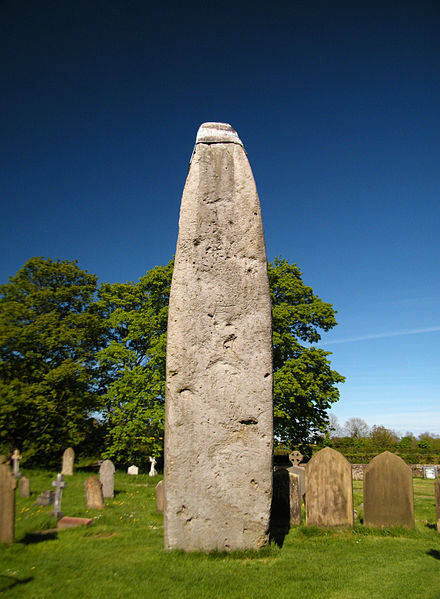 Our journey through the world of monoliths begins in rural England, in a small village called Rudston. This is the largest standing Monolith in England at 7,6 meters (25ft). It is nearly 1.75 meters wide and around 1 meter thick. Scientists think that it was erected during the Late Neolithic or early Bronze Age, which makes it approximately 1600 years old.

In the 18th century, Sir William Strickland discovered that there is as much stone under the ground as there is above. He also found a lot of skulls, which led him to believe that the purpose of this megalith was sacrificial.

However, the Rudston Monolith is located in the village churchyard which also serves as a graveyard, and that may explain where the skulls are coming from. Perhaps in the future, the researchers will be able to explain what was the purpose of this mysterious stone. Until then it will remain the source of  local stories. 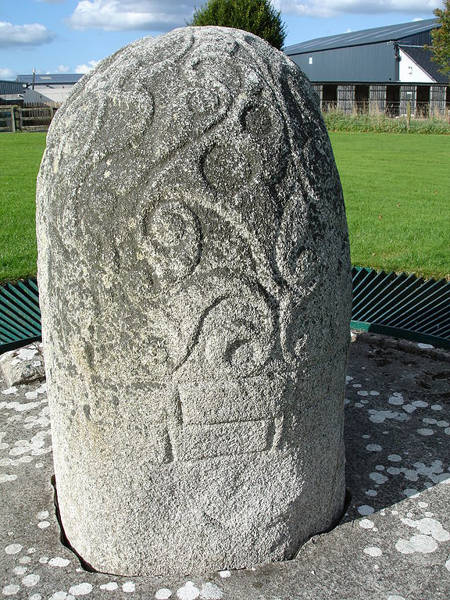 Once a part of the fairy fort called Rath of Feerwore, Turoe stone was moved in the 1850’s to the village of Ballum in the Galloway county in Ireland. The origin of this stone is still being disputed because some scientists believe that France is the country the stone originates from. Its upper part is decorated in La Tène style. La Tène culture flourished on the European soil during the late Iron Age, and it vanished around 1 AD.

The Turoe stone is considered to be one of the finest examples of La Tène stonework decorations in the entire Europe. The reason for the creation of this remarkable stone is not known. Could it be that its  purpose is entirely decorative? Did it have a symbolical meaning? The task of answering these questions is on the shoulders of the future generations of researchers. Be it as it may, the people of Ballum are extremely fond of this stone and in 2007 they have refused to move it from its current location in front of Turoe House.

Also known as ‘Druid’s Altar’, Dromberg is a circular structure that used to contain 17 stones. 13 of them are still standing in a circle that has 9.3 meters in diameter. The Dromberg site is the one of the most visited stone monuments in Ireland and the one that has revealed evidence that it was a burial site.

In the center of the structure, scientists found  cremated human remains in a broken pot. The pot was wrapped in black cloth and showed signs of being deliberately broken, probably during the burial ceremony. The analysis showed that the pot and the human remains can be linked to the period from 1100BC to 800BC. The structure itself is probably much older. Despite evidence of a ritualistic burial it is still not completely clear, why did the people who lived in the vicinity of this megalithic structure construct the Druid’s Altar. 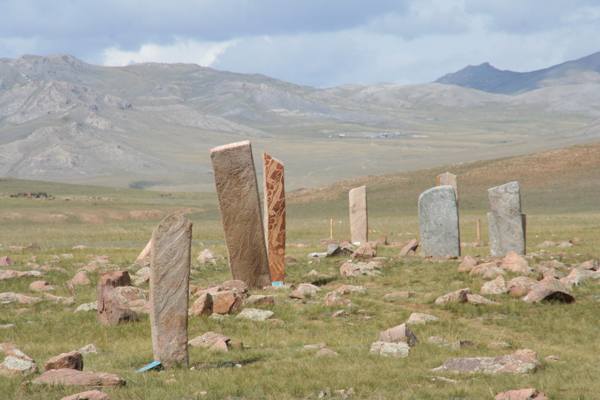 These fascinating stones can be found in the wide area of modern day Mongolia and Syberia. The term deer stone refers to a single stone that usually appear near the burial mounds. There are over 1200 individual stones. Their height may vary between 3 and 15 feet (1 to 5 meters) and they are made out of granite and greenstone.

The carvings and designs on the stones are on the part of the  stone that faces east. Most of these stones show depictions of flying deer and reindeer and the cuts on the stones indicate the usage of metal tools. Almost all of the stones were carved on a different location and then placed into its position.

Deer stones are divided into three subcategories: Classic Mongolian, West Asian- European and Sayan-Altai. All of three categories contain variations of similar topics and all depict a deer or a reindeer. Some of them even contain depictions of human faces. Could it be that these were the first gravestones in history?

Bada Valley in Indonesia is home to some of the most mysterious stone monuments on Earth. No one knows how old they are or who made them. When you ask the locals they say that they have always been there. These megaliths vary in size, they can be only a few inches high or really big around 5 meters high. One look at them brings to mind the Moai statues because they usually depict humanoid heads.

The lack of information about these statues created space for many superstitions and tales. The most common one is about thieves who turned to stone and remain there abandoned by everyone. Another layer of mystique is added by the fact that all statues were made from stone that cannot be found in that area. So how did they get there? Who made them? The answer to these questions remains out of our reach for the time being.

The history is full of stone monuments and phenomena that can’t be explained because the scientific community lacks sufficient data. What do you think, why did people start creating stone monuments?

Zeljko Dražović, B.A.
Contributing writer at Learning Mind
Željko Dražović is an artist who holds a bachelor's degree in art history from the University of Belgrade. He balances between his work as a writer and a photographer. He is probably at his best when he combines words and images. Željko is known for his passion for underground art. He has collaborated with a number of respected art institutions and likes to share creative energy with others. His view may be avant-garde, but deep down, he is a book-loving guy who enjoys researching and constantly discovers new things.
Latest posts by Zeljko Dražović, B.A. (see all)