The dark side of empathy is rarely noticed or talked about. Yet, it exists and can poison an empath’s life.

Empathy is the capacity to be able to put oneself into another person’s shoes and understand their thoughts and feelings. An empath is a person who has the ability to resonate with other people, on many different levels, so that they can accurately feel their emotional wellbeing.

It is not yet known how empaths have this ability, but many believe that it is innate and is handed down through our DNA.

Empaths are typically regarded as being sympathetic, caring, sensitive to the feelings of others, and compassionate souls. So would it surprise you to learn that there is a dark side to being an empath?

The very nature of empathy means that many people rely on empaths for support and guidance. It also means that empaths see much more of the world than we do, and as such, this can cause problems in different areas of their lives.

The Dark Side of Empathy

They cannot handle their own emotions

You would think as an empath is well-versed in emotions they would be experts in handling their own, but the truth is they are in a constant battle to keep these emotions in check. Because they feel others’ emotions so keenly, particularly others’ sadness, it can sometimes bring them crashing down into depression.

They find it hard to distinguish between their own emotions and others’ and have to find other empaths to share their thoughts with.

Empaths have to deal with a huge amount of information from their sensitivity to electrical energies. This can make them feel overwhelmed and extremely drained as they try and make sense of it all.

They are taken advantage of

Because empaths are trusting souls who always believe in the goodness of people, they are quite often taken advantage of by the less scrupulous amongst us.

Empaths are typically generous and kind and are givers by nature, this can lead them to attract those that only take and never give back. When an empath finds out that they have been conned, they can easily fall into a deep depression. 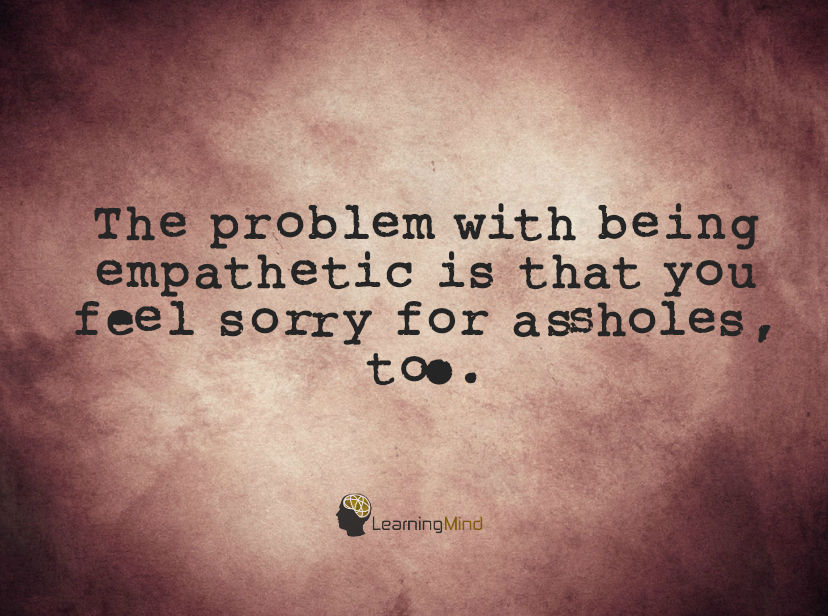 The problem with being empathetic is that you feel sorry for assholes too.
-Unknown

As empaths prefer to give to others rather than receive, they are more likely to neglect their own welfare, including their mind and body.

This is the dark side that is all too common, as empaths are fatigued from the stress of what they experience, is it all too easy to forget to take care of themselves.

It is hard for them to fall in love

Because an empath has seen all the cruelty in the world, they find it extremely difficult to give themselves totally to someone. They hold a little piece of their heart back, just in case they are going to be hurt in the future.

They cannot allow themselves to fall deeply in love because they are fearful of experiencing all that passion, it could be too much for them to handle.

They often feel like they carry a heavy burden

Empaths are selfless people who are bombarded by sensory information on a daily basis. They feel that their role in life is to help others, but this places an enormous burden on them, as they cannot possibly help everyone that they come into contact with.

Despite the harm to themselves, they would still rather carry another’s person’s problems than let that person down.

Empaths should realise that the problems of the world are not theirs to solve. To prevent the dark side of empathy from taking over their life, they do not have to give themselves to every single person they meet. At the same time, they should let down the walls of their heart once in a while.