Have you ever heard of the Monty Hall Problem? Let’s explore this puzzling brain teaser and its solutions, as well as the insight into our lives it offers.

I can sleep at night again, now that I have resolved the Monty Hall Problem – one of life’s most perplexing mysteries. All is well with the universe once more.

What is the persistent question that for so long stole my peace of mind? It is the Monty Hall problem and the goat behind Door Number Three.

The so-called Monty Hall problem is a counter-intuitive statistics puzzle that goes as follows:

Simple logic suggests that there is no advantage to switching doors. With the elimination of Door #3, your odds improve from one-in-three to even-money. It shouldn’t matter whether or not you switch: either way, you will still have a 50-50 chance.

But here human logic fails. By switching doors, you increase your odds from even money to two-thirds.

HERE’S WHY IT WORKS

Contrary to intuition, your original one-in-three chance of winning does not change just because one of the doors has been opened. Why not? Because the two doors you did not choose should be considered, statistically, as one choice — let’s call it Choice B — which is twice as likely as the one door you did choose, which we’ll call Choice A.

Therefore, once one of those two doors has been opened to reveal the goat, the two-to-one odds that the car lies hidden behind either of them become concentrated solely with the remaining door.

In other words, the probability of Choice B hasn’t changed, even though you’ve eliminated one of the doors. From a purely statistical point of view, this logic is sound.

HERE’S WHY IT SHOULDN’T WORK

Let’s take the same principle the Monty Hall Problem is based on to the extreme.

What if you had to choose from 100 doors? After you make your choice, Monty opens 98 of the remaining 99 doors to reveal 98 goats. According to statistics, you now have a 99% chance of winning by switching doors — virtually a sure thing.

But how could this be? Human reason rebels against the logic of raising your odds merely by eliminating incorrect choices. If I have two doors to choose between, how can the odds possibly be 99-to-one? Obviously, this is a statistical fiction that has no bearing on the real world.

Except that, it’s not.

AND HERE’S WHY IT REALLY DOES WORK 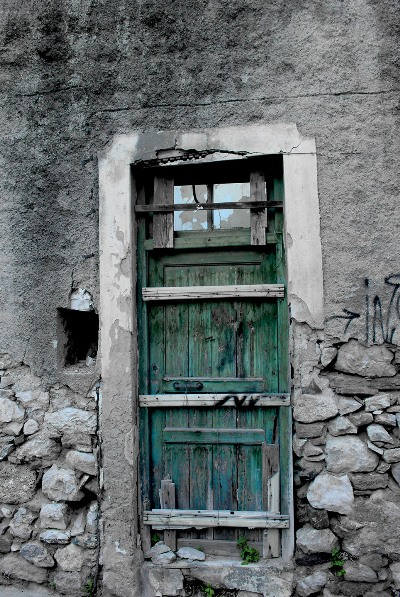 If you doubt that switching doors really does improve your odds, you can check your skepticism at the door. It’s been tested and proven. And it’s true.

But there’s more to the story.

Let’s change the rules of the Monty Hall Problem a bit. You’ve chosen your door, leaving two doors unopened. Now, Monty Hall opens one of the remaining doors at random. Behind it is the other goat. Should you change doors to improve your odds?

In this scenario, you might as well stay with your original choice; changing doors will make no difference whatsoever.

So, what’s the difference between the cases in the Monty Hall Problem?

In our first case, you don’t know behind which door the car awaits, but Monty does. By opening the door with the goat, he is not changing the odds; rather, he is using his prior knowledge to expose the wrong option. There is no chance that the car will be behind Door #2 because Monty already knows it isn’t there, which is why he opened that door.

Simply speaking, because Monty knows which door hides the car, he is able to manipulate the results and, consequently, the odds.

As a result, the chances that you have chosen the car remain only one-in-three, so you’re better off switching to the one door that now retains the original Choice B advantage of two-in-three odds.

However, if Monty had opened one door at random, the car might be behind that door. If it is, game over. If not, Door #2 becomes statistically irrelevant, and your odds improve to 50-50. Switch or don’t switch. Statistically, it makes no difference.

WHY DOES IT MATTER?

This distinction in the Monty Hall problem offers a profound insight into the way we lead our lives, even if we won’t be appearing on television game shows.

We like to think of our society as a meritocracy, in which our chances of success increase in proportion to our natural talent, education, savvy, integrity, hard work, and experience. And although sometimes they do, sometimes they don’t.

We’ve all heard these unpleasant truths, and we’ve certainly experienced some of them ourselves:

In a perfect world, we would all compete on an even playing field. But the world is far from perfect. There’s insider trading in the stock market, point-shaving and doping in competitive sports, evidence-tampering and procedural loopholes in jurisprudence, and a whole variety of manipulations in electioneering. We’re all familiar with the sad fact that life’s not fair.

And so, if we can’t restore honesty and integrity to these institutions, we have to watch out for ourselves by watching out for those who want to manipulate the system at our expense.

But this leads to a moral dilemma itself: Doesn’t it make me a sucker to play fair when so many are breaking the rules? Don’t I have to compromise my ethics to give myself an even shot if I don’t want to end up as the nice guy who finishes last?

The obvious answer is, yes. If the world is a place of randomness if society is nothing more than an arena for social Darwinism if the ultimate end of man is food for worms and the ultimate end of the universe is entropic nothingness, then why worry about integrity? What do I gain by living a life of morals and virtue if nothing means anything in the final analysis?

All of which means to say that the rational basis for integrity hinges entirely on whether or not there’s a Monty Hall who knows what’s behind Door #3. 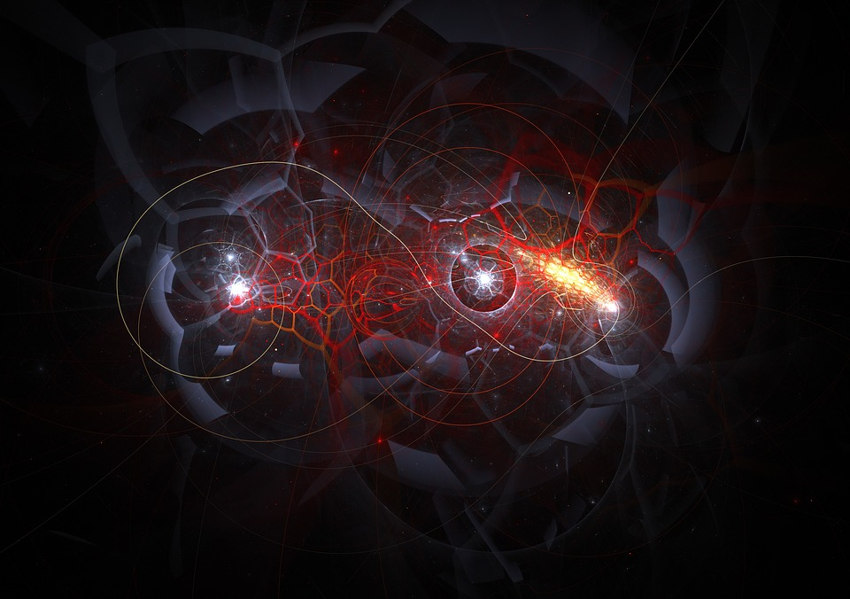 On 4 July 2012, the European Organization for Nuclear Research (CERN) announced the discovery of the Higgs boson, a cosmic energy field that provides mass to every subatomic particle in the universe. So critical is the Higgs field to our very existence that some scientists dubbed it the “God particle.”

But in the quest to explain the mystery of creation, the Higgs boson only makes things worse.

In a recent Ted talk, Harry Cliff, a physicist who works on the Large Hadron Collider at CERN, explained it this way:

But there is something deeply mysterious about the Higgs field. Relativity and quantum mechanics tell us that it has two natural settings, a bit like a light switch.

It should either be off, so that it has a zero value everywhere in space, or it should be on. so it has an absolutely enormous value. In both of these scenarios, atoms could not exist, and therefore all the other interesting stuff that we see around us in the universe would not exist.

In reality, the Higgs field is just slightly on, not zero but 10,000 trillion times weaker than its fully-on value, a bit like a light switch that’s got stuck just before the off position. And this value is crucial. If it were a tiny bit different, then there would be no physical structure in the universe.

Theorists have spent decades trying to understand why it has this very peculiarly fine-tuned number, and they’ve come up with a number of possible explanations. They have sexy-sounding names like “supersymmetry” or “large extra dimensions.”

I’m not going to go into the details of these ideas now, but the key point is this: if any of them explained this weirdly fine-tuned value of the Higgs field, then we should see new particles being created at the LHC along with the Higgs boson. So far, though, we’ve not seen any sign of them.

Only Monty Hall knows what’s on the other side.

Dr. Cliff goes on to outline the problem of “dark energy,” the mysterious force responsible for explaining the accelerating expansion of our universe — which seems to contradict the basic laws of physics. He prefaces his remarks with this caveat:

Now, whenever you hear the word “dark” in physics, you should get very suspicious because it probably means we don’t know what we’re talking about.

This seems quite likely, given that, according to Dr. Cliff, if the force of dark energy were strong enough to do what it does, it would simultaneously prove so strong that it would prevent the universe from ever taking form, to begin with.

So in the case of dark energy, there’s only one door, which Monty Hall has bolted shut and sealed-off with police tape. In fact, Dr. Cliff concludes with the extraordinary confession that many physicists believe that we may never be able to explain “why there is something rather than nothing.”

The only question left to ask, therefore, is not whether some omniscient Monty Hall holds the keys to all the doors. The lack of reasonable options may soon compel us to concede that there is. If so, the more important question will become, “Is Monty on our side?” 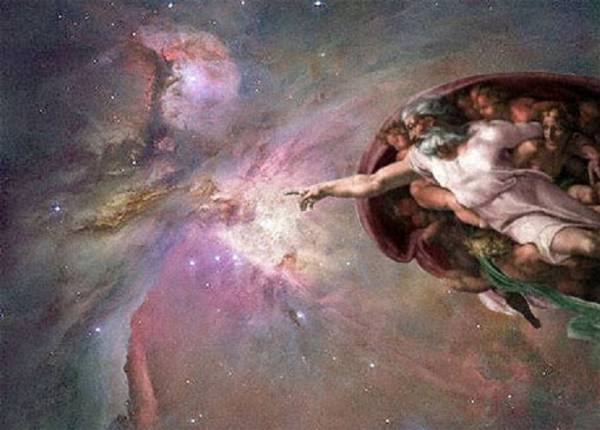 Back in the early 1600s, Rene Descartes grappled with the notion that an “Evil Genius” may have created man in order to deceive him.

Of course, later philosophers challenged Descartes’s reasoning, but there is a compelling simplicity to his logic. After all, why would a Creator bring into existence such an elaborate universe for no other purpose than to torment His creations?

If we accept Descartes’s conclusion, we may find our way clear to seeing what is behind the most important door of all.

Let’s look at life as a series of doorways.

Some are open, some are closed. Some we can see through clearly while others confuse us with ambiguous clues.

Some are locked against us at one time but open up for us at another. And even if other travelers through life try to block our way or steer us wrong, the One who holds the keys can always make it possible for us to find the doors that lead us toward our final destination.

King Solomon said of wisdom: Fortunate is the one who listens to me, attentively waiting at my doors day by day, keeping watch by the doorposts of my entryways.  For whoever finds me, finds life.

Ultimately, all we can do is choose as wisely as we can, remembering that behind each door lies another and then another, pointing us forward and leading us on and on. And it is the choices we make that will determine where we find ourselves once we’ve reached the end and passed through the final door.

Yonason Goldson, B.A.
Contributing writer at Learning Mind
Rabbi Yonason Goldson is a professional speaker and trainer, drawing upon his experiences as a hitchhiker, circumnavigator, newspaper columnist, high school teacher, and Talmudic scholar to provide practical strategies for enhancing communication, ethical conduct, and personal achievement. Yonason holds a bachelor of arts degree in English from the University of California.