His lush images combine imagination and ambiguity that draw the observer into a different world, where dreams rule in a continuous play of thought, confirming what Edgar Allan Poe once said:

“All that we see or seem is but a dream within a dream”.

This the extraordinary Rafal Olbinski.

Rafal Olbinski was born in Kielce, Poland in 1945. He graduated from the Architectural Department of Warsaw Polytechnic School in 1969. In 1982, he immigrated to the U.S. He began teaching at the School of Visual Arts in New York in 1985.

Olbinski, soon established himself as a notable painter, illustrator and designer. He has completed over 100 album covers for the “Opera D’Oro” series and designed covers for several magazines, such as Time, Newsweek and The New Yorker.

Olbinski was mainly influenced by Belgian surrealist painter Rene Magritte as well as other artists including Saul Steinberg, Milton Glaser, Marshall Arisman and Brad Holland. He defines his art as “poetic surrealism”.

Observing his work, one can clearly distinguish the deep poetic resonance that pervades it. Olbinki’s dreamlike artworks are layered with complex psychology, mapping the interiors of the mind, a trait derived from the origins of surrealism, through which artists free their imagination and reveal deeper truths. Landscapes that hide attractions around every corner are a common theme in his paintings and illustrations.

“Poetic humor is a quality rarely found in the fine arts, Rafal Olbinski has this gift.  He wants to show us that our imagination is a magical world, which we are recreating forever. He draws us into a different universe, and forces us to use our eyes to participate in a marvelous world which is the true dimension of dreams“, says Andre Parinuad, President of the International Arts Salon in Paris.

In Olbinski’s works, women are often represented in a classical, yet, controversial way. He is interested in depicting their mysterious aura, the way both Dali and Magritte did. This master of technique uses female body as a part of a synthesis that examines the mystery of women.

Classical figures, as Salome and Mona Lisa and contemporary women and are depicted in an effort to reveal their secrets and interpret their place in today’s world.

His luxurious depictions of nudity render the picture of a female with the power of inciting controversy, like the image of a bare-breasted mermaid, designed for the 2006 Miss World contest in Poland.

This renowned artist has an established reputation around the globe while his paintings, illustrations and designs have been published and are regularly exhibited worldwide.

The collections of the Museum of Modern Art (Poster Collection), the Carnegie Foundation in New York, National Arts Club in New York and others throughout Europe and the United States, promote Olbinski’s pioneer art, recognizing its importance and genuine quality.

After all, he has proved that something classical can be contemporary, too. 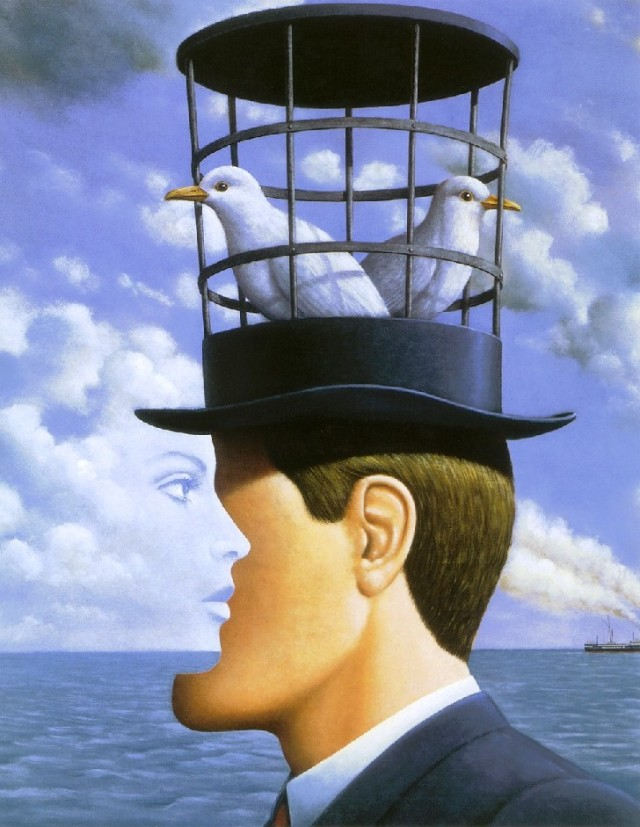 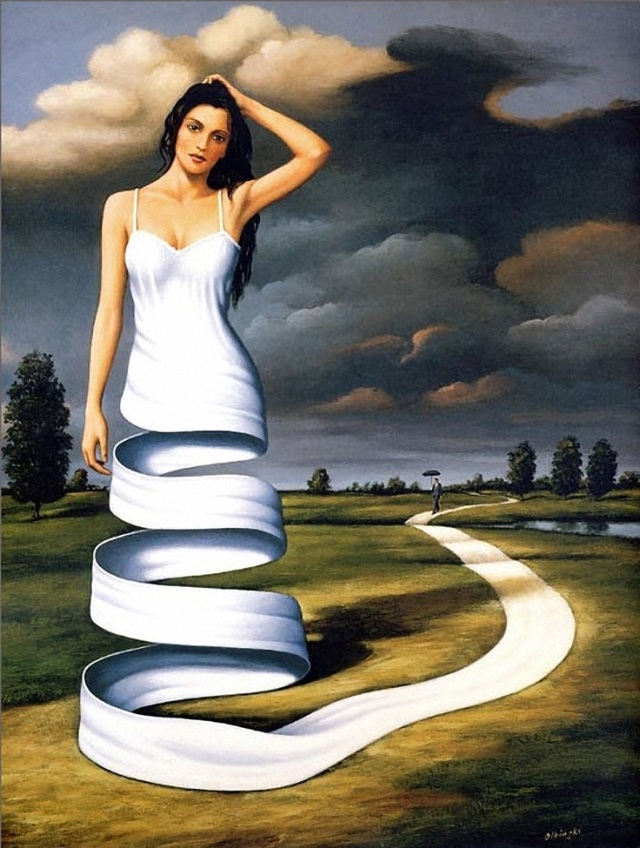 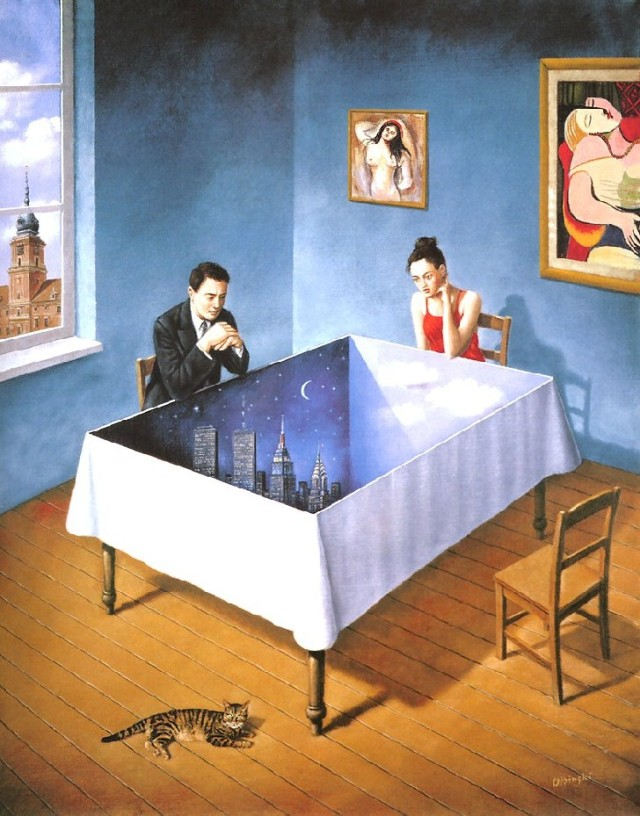 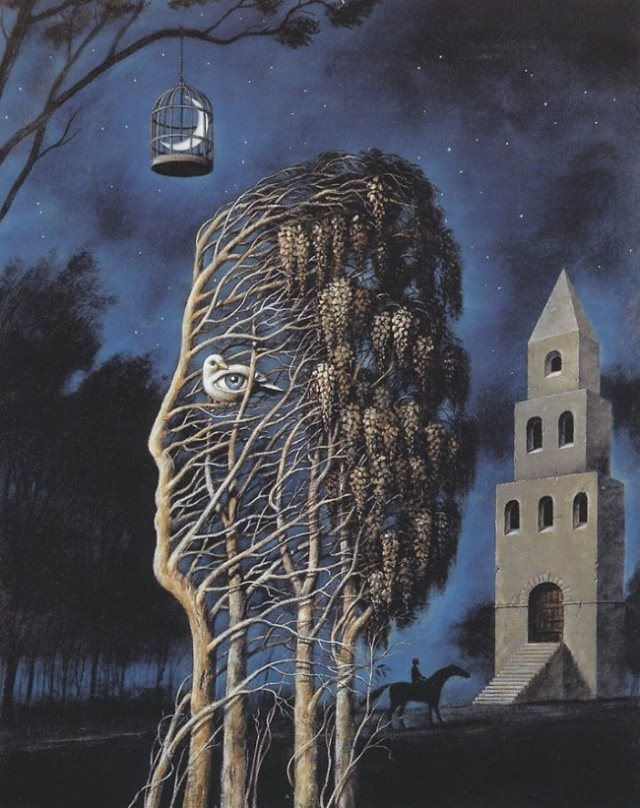 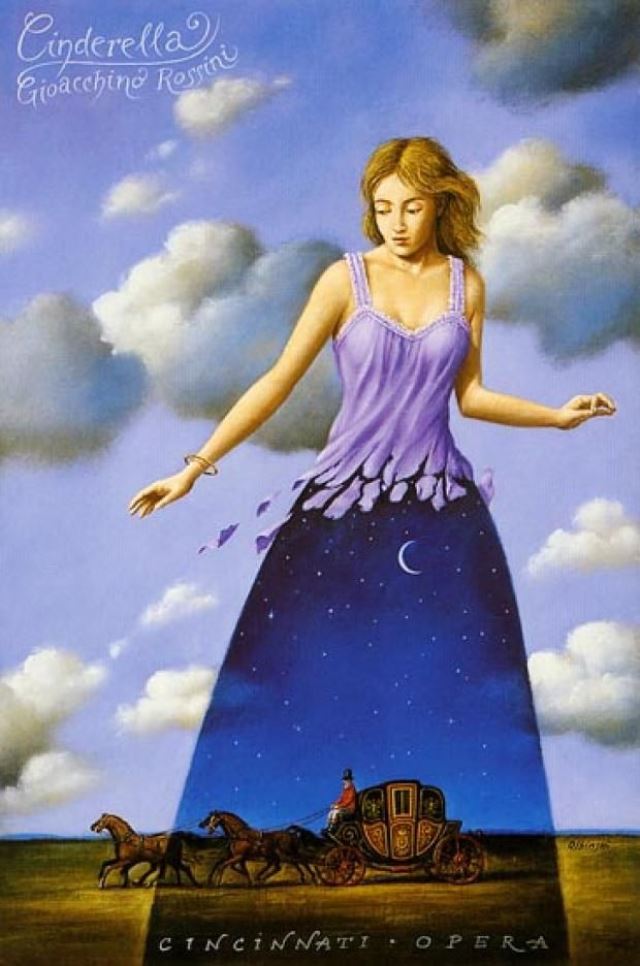 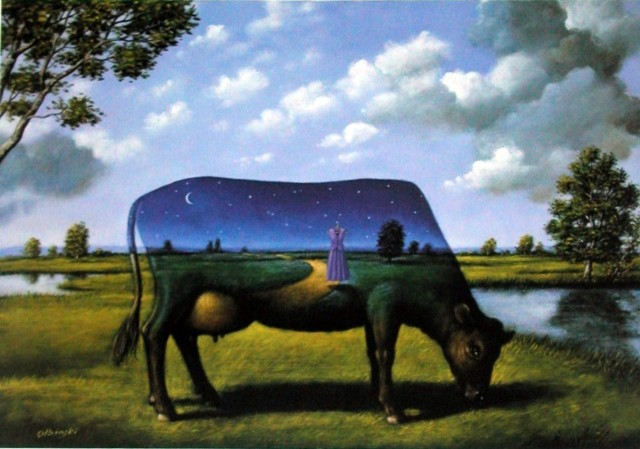