There is a profound yet subtle source of interpersonal conflict in daily life, a root cause or bulb from which so much misunderstanding sprouts.

We overestimate the differences between people’s character and our own while underestimating just how much people’s views are informed by experiences we have not had, or stories we have not heard. As a result, interpersonal conflict arises.

We may argue with someone whose early life experiences have been similar to ours even, and yet their path has been different in ways that lead them to argue for a very different solution.

To transform the feelings we are bringing to that interpersonal conflict, realize that their solution usually seems more reasonable to them than ours based upon the experiences they have had, and the truths they have experienced.

As much as we blame our emotions for things, our human mind is equally prone to fostering interpersonal conflict through simplified thinking in a very large world.

Our “lazy brain” (or “heuristical” thinking) may simplify people into stereotypes in order to make quick predictions about them, or fail to imagine just how true a disagreeing person’s claims may have been in their life, instead telling our emotions: “this person is deluded, they don’t know that they’re wrong because they’re just a [insert stereotype].”

A person is likely to have presumptions and mental images that describe the world, even places they have never been!

This is made worse of course when media producers focus their cameras only on the scenery and cultural elements from other lands that most agree with a viewer’s preconceptions (i.e. “in order for the viewer to recognize that we’re showing them China, we need to show them things they’ll recognize as Chinese”).

It is a challenge for people to “think outside the box” when the “box” of their preconceptions is so vividly painted! Now we thankfully live in an age of shows like Vice News that really make an effort to show multiple sides of an issue:

Using that analogy of “thinking outside the box,” one key to empathy is to realize that fierce proponents of opposing opinions are practically living in a different box so to speak.

They may have some of the same issues in their box as we do, but how someone views an issue is colored by all of the other experiences that have collected in their box over the years.

Furthermore, in the information age now more than ever, we may not only consult entirely different sources for information, but there may be so many sources reinforcing a specific worldview that speak of none of the same facts that sources on the opposite side of the issue may reference!

You may encounter people on the internet who have completely opposite views from you and who seem to have a very different personality or outlook on life, and this may actually be because their opinions have been informed by an entirely different set of facts!

Check out this example of media manipulation and imagine how different the opinions of two people seeing either the left or the right part of the photo would be: 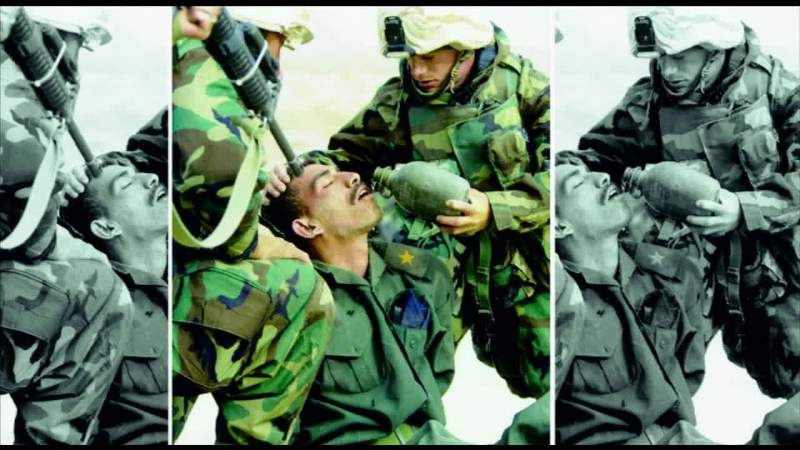 Consider the sudden meeting of different worldviews in this example:

A young feminist has walked into a Men’s Rights Association meeting and proclaimed with a nervous but resolved voice that the streets of her city feel unsafe to her because of her gender.

In her daily life, there is a very present and occasionally realized threat of men randomly starting to follow her in a stalking manner, or catcalling her and taking it personally if she doesn’t respond, as well as outright bullying disguised as catcalling.

Prior to this, someone in the audience had shared the story of their small son being so mentally shocked when a girl approached him on the playground and hit him, and then told him: “You can’t hit me back because I’m a girl.” In another case, a high-school boy who was reading his book was verbally harassed for a prolonged period and kicked a couple times by some girls.

Whether we are disagreeing with a person or acting as a member of a social group in a debate between worldviews, question to what degree the other person(s) are not “different people” as much as they are “fellow humans with different experiences, and different sources of information.”