The Cost of Voyeurism: Why Do People Like Violent Images?

Where were you on Tuesday, August 19th, 2014?  That’s the day ISIS terrorists beheaded American journalist James Foley. Or, to be more accurate, that was when they posted the video of their atrocity on YouTube.

Did you watch it? If you did, you had plenty of company. According to one poll, an estimated 1.2 million people in Great Britain watched the beheading in just the first few days after the video appeared online.

In the United States, pollsters found that 9% of those surveyed had watched the brutal execution, suggesting that about 30 million Americans had witnessed the spectacle by mid-November.

And back in 2004, the video of Islamists beheading freelance repairman Nick Berg was the most popular search topic for a solid week; the al-Qaeda-linked website hosting the video received so much traffic it had to temporarily shut down.

A CULTURE OF VIOLENCE

According to Oxford anthropologist Frances Larson, this fascination with violent images is nothing new.

The guillotine was introduced in France in 1792, both for the sake of efficiency and because public executions had acquired a carnival atmosphere with none of the somberness and revulsion that should accompany such spectacles. In fact, the guillotine was so swift and antiseptic that onlookers complained, calling for the return of their gallows.

Dr. Larson goes on to explain how videography provides an entirely new dimension to executions, distancing us from the actual events in time and space so that we end up viewing the most horrific acts of depravity with little emotional response.

How many of us who would never be tempted to attend a live beheading watched the videos of James Foley, Nick Berg, or the other victims of radical Islam? And how many watched them repeatedly, mesmerized by the grizzly details over and over again?

The more exposed we are to violence, the less emotional impact violence has upon us. Whether it’s the increasingly graphic images of the nightly news or the increasingly realistic carnage of TV shows, movies, and videos, the more we see the less we feel, and the more we go in search of images that stir up our emotions, desperate for reassurance that we can still feel something, that we are still alive.

The origin of public execution goes back to biblical law, which imposed the death penalty for crimes so morally reprehensible that the perpetrator forfeited the privilege of remaining part of the community of mankind.

According to Talmudic tradition, one of four types of execution was applied: stoning (being pushed off a precipice and then crushed with stones), strangulation, decapitation, and molten lead poured down the throat.

As barbaric as these ritual executions may appear to us, they were in fact administered with clinical precision to ensure that the convicted prisoner would feel no pain. (Indeed, prisoners were drugged before their executions so that they should be conscious, but not terrified.) And although the ancients offered mystical explanations for how each type of execution provided atonement for the soul of the perpetrator, the overt reason behind the public display was for the community, not for the criminal.

The sages of the Talmud and their disciples understood the effect that witnessing violence or depravity has upon the human soul and psyche: “The first time a person commits an immoral act, it is forbidden to him; the second time, it becomes permitted; the third time, it becomes an act of virtue.”

In other words, human nature drives a person to rationalize his actions in order to sooth his guilty conscience. The more he persists in immoral conduct, the more he finds justification for his behavior.

The same is true with observed behavior. The first time a person witnesses a criminal or immoral act he may be deeply repulsed. The second time, some of his initial shock and dismay has already dissipated.  And through repeated exposure, he eventually becomes indifferent.

When a society grows complacent toward legal or moral corruption in its midst, that society is in danger of disintegration. And so the Bible mandates public punishment — lashes for felons and execution for capital crimes — with the witnesses in particular required to be present to observe the natural consequences of the corrupt actions they themselves had seen.

Before we look askance at the biblical model through the lens of our modern sensitivities, we might consider which is more “cruel and unusual” — a quick, painful flogging, after which the criminal returns to take his place as a functioning member of society without additional penalty or stigma; or to incarcerate him with other criminals for years after which he is likely to emerge as a more hardened criminal and return to bolder and more successful criminal activity?

The sages also debate what constituted a “bloody court:” handing down a sentence of capital punishment more than once in seven years, or more than once in seventy years. The infrequency of execution was part of the benefit upon society. Onlookers could never become so inured against the violence of the spectacle that they could see it as anything other than horrific.

But for us, the pervasiveness and accessibility of violent images, both real and imaginary, dull our senses and our sensitivities, so that we have to push the boundaries of shock and horror just to feel the emotions that make us human, while further dehumanizing ourselves in the process.

Even worse, our voyeuristic participation is exactly what the executioners want, making us complicit in their future atrocities by encouraging them to commit more and similar acts of wanton violence.

OUR SOULS ARE IN OUR HANDS

The solution is both laughably simple and depressingly improbable. Don’t watch.

Don’t watch terrorist videos, pumping up their ratings which pumping moral bile into your system. Don’t watch movies or television shows or videos that glorify violence.  Don’t play video games that promote bloodlust. Don’t watch news channels that follow the formula, if it bleeds, it leads.

If we want to restore sensitivity to our culture, we have to start by reclaiming it for ourselves. Just as a diet of carbs, sugar, and processed food is harmful to our physical health, a diet of gratuitously violent images will lead inevitably to emotional, moral, and spiritual decomposition.

The same self-discipline we exert over our eating and exercising habits can govern our recreation and entertainment choices as well. And once they do, we can start to reverse our descent into moral unconsciousness and begin to recover the nobility and virtue that are the essence of being fully human. 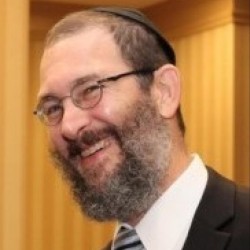 Yonason Goldson, B.A.
Contributing writer at Learning Mind
Rabbi Yonason Goldson is a professional speaker and trainer, drawing upon his experiences as a hitchhiker, circumnavigator, newspaper columnist, high school teacher, and Talmudic scholar to provide practical strategies for enhancing communication, ethical conduct, and personal achievement. Yonason holds a bachelor of arts degree in English from the University of California. He is the author of Proverbial Beauty:Secrets for Success and Happiness from the Wisdom of the Ages.