Today is the St. Valentine’s Day, so I decided to write a post on the most universal and timeless topic. After all, it is relevant and interesting every day, not just on St. Valentine’s. Have you ever wondered what exactly occurs in your brain and body when you are in love?

Despite the complexity of love as an emotion, only a few particular areas of the brain exhibit activity in a person who is in love.

This is a conclusion of experts from the University College in London who have been studying the data received with the help of magnetic resonance imaging. They studied the brains of people who were viewing the pictures of their loved ones.

Being in love was a required condition for the experiment. The duration of the participants’ monogamous relationships ranged from 4 months to 23 years. The experiment was attended by 24 volunteers aged 19 to 47 years, 12 men and 12 women.

In the beginning, all the volunteers answered questions from a special questionnaire designed to estimate the intensity of their romantic feelings.

The results of the magnetic resonance imaging showed that the brains of all volunteers responded to the photos of their loved ones in a similar way. At the same time, both the cortex and subcortical structures were triggered.

The most active areas were those producing dopamine. It is known that the effects of this hormone play an important role in the regulation of emotions and particularly in maintaining close relationships with other people.

Researchers also found out that when looking at their special someone’s face, certain parts of the participants’ brains were ‘switched off’. Among these were the areas in the temporal, parietal, and frontal cortex that are associated with critical thinking.

The chemistry of love 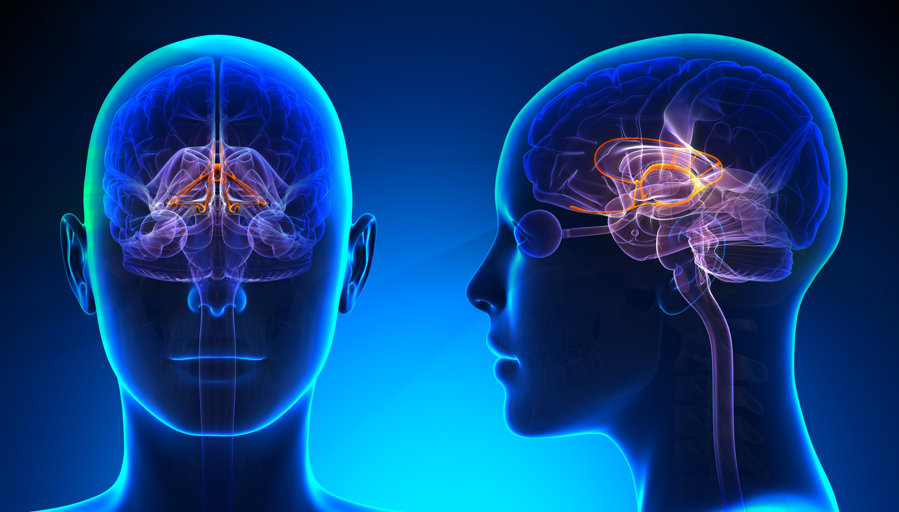 Cupid’s arrows can take our breath away, make our hearts break, and our minds go mad, support American scientists from Loyola University. Well, there is nothing new about this idea, but a recent study reveals what exactly happens in your body and brain when you are in love.

“When you are in love, your body releases a cascade of chemical euphoria, which triggers specific reactions,” explains Dr. Patricia Mumby of the Department of Psychiatry and Behavioral Neuroscience of the University.

The levels of chemicals such as dopamine, epinephrine, and norepinephrine are responsible for the strong heartbeat and the sweet anxiety that accompanies the experience of love.

According to the experts, MRIs show that sex triggers the pleasure centers of the brain. The same brain regions – in which in the case of love-struck there is increased blood flow – are associated with obsessive-compulsive behaviors.

“Love lowers serotonin levels, which is observed in persons with obsessive-compulsive behaviors,” says Dr. Mary Lynn of Loyola University. “This could explain why we are unable to concentrate on anything other than our partner when we are in love, at least at the beginning of a relationship.”

Some reactions of the body may also have negative effects.

“The phrase ‘love is blind’ fully reflects the reality: at the beginning of our relationship we tend to deify our partner and look at him or her through the ‘pink glasses’ without being able to see the whole picture of the person,” adds Dr. Mumby.

“Those who are outside the circle of passion usually have a more objective view than those involved in the romance.”

The three stages you go through when you are in love

The scientists say that love has three different stages: lust, attraction, and attachment between mates.

The phase of lust occurs due to the hormonal “dance” accompanied by strong sexual desire. The flow of blood to the pleasure centers of the brain in the process of attraction comes from the fact that we find our partner irresistible.

Over time, this irrational behavior begins to “fade away” and the attachment phase comes, in which the body develops resistance towards the stimulation accompanied by desire.

Endorphins, along with the hormones vasopressin and oxytocin, ‘rule’ the body in this phase, creating an overall sense of security and well-being, which is the basis for a long-term healthy relationship.

The study was published in Helios Plus on February 13, 2014. 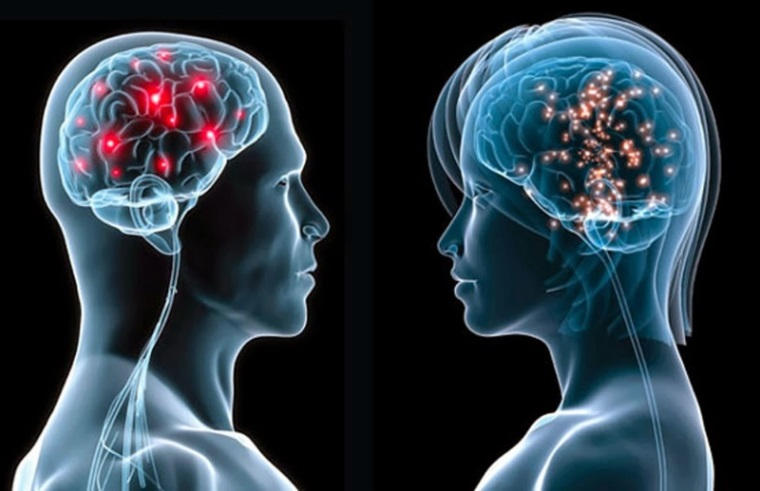 Just fell in love and want to know if your love will last forever? The brain scanner could give the answer. This is stated by researchers who believe they have discovered the “footprint” of true love in our brains.

Studying the brains of in-love volunteers, scientists found different patterns of activity that seemed to “lead” to a different outcome of the love story that had just begun.

One seemed to be associated with “unshakable” feelings and stability in the relationship while the other was quite a bad omen predicting that the passion would soon blow over.

The scan of fierce love

Professor Arthur Aron, a social psychologist at the University in Brook on Long Island in New York, together with his colleagues examined 12 volunteers by the means of functional magnetic resonance imaging. All the volunteers claimed to be intensely in love and had a relationship for about a year.

The researchers showed the volunteers some pictures of their partners and asked them to recall memories of them. They also showed them pictures of other acquaintances with whom they did not have a relationship and recorded their brain activity.

Three years later, the experts analyzed the brain scans of the volunteers based on the outcome of the romantic relationship of each of them. Half of the volunteers had broken up, the other half were still together with their partners.

The pattern of true love

The analysis of the data revealed two distinct patterns of brain activity that appeared to be linked to a different outcome of relationships.

The most “intense” feature for those who stayed in a relationship with their partner three years after being together was that in the course of the experiment there was strong activity in the caudate nucleus, a region associated with emotional reactions to visual stimuli of beauty.

Moreover, the ‘stable’ volunteers had lower levels of activity in the orbitofrontal cortex, an area that is associated with the criticism, which, according to the researchers, means that they were less critical of their partners.

The activity levels of these volunteers were also lower in the pleasure centers of the brain, associated with addiction and reward. In fact, these centers are ‘off’ when we feel satisfied and “full”.

“Everyone who participated in the study felt very in love with their partners and it was reflected in brain scans, but there were also some subtle clues that showed how constant their feelings were,” said Professor Aron. 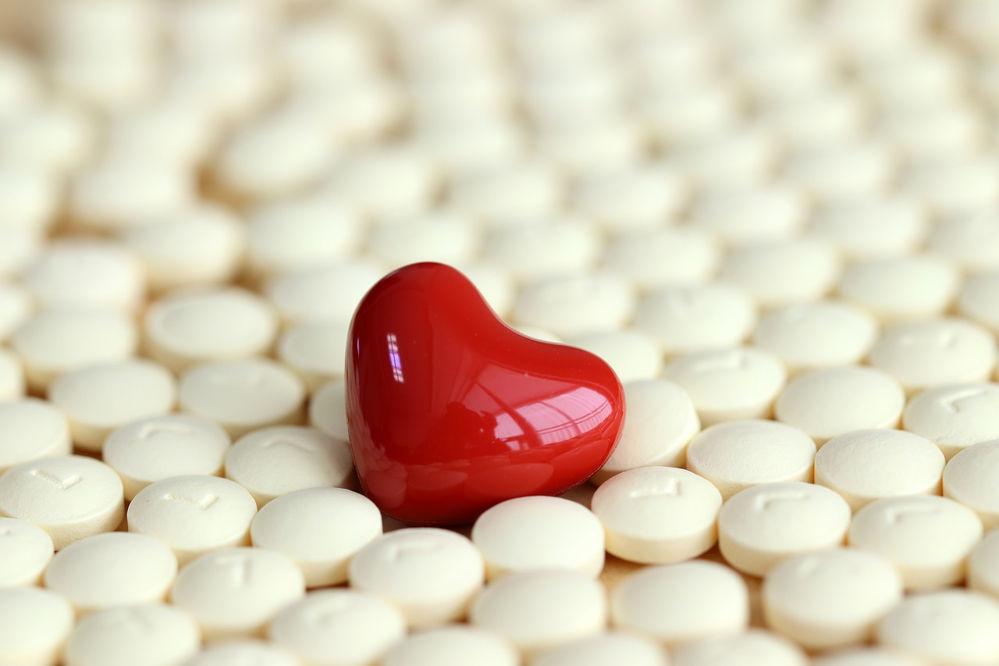 The same researcher, Dr. Arthur Aron, studied strong feelings such as love and passion and came to interesting conclusions.

Many of us are addicted to different things. Our habits include a variety of things and events: from the daily routine habits to our favorite activities and places.

We begin to feel uncomfortable when we do not get enough of our familiar activities. We get used and feel the need for these things, just like in drug addiction. According to the latest research, an emotional state like love can be compared to the effect of drugs.

This is confirmed by the fact the same brain center receives and processes the feelings caused by a romantic relationship and those triggered by the use of drugs. That is, our brain perceives passionate love as a drug!

The gray matter in this case is an emotional response associated with reward and motivation. In other words, we can say that when you are in love, your brain gets such motivation that you begin to create, work hard, and do absolutely unexpected things.

Even when speaking of painting, poetry, music, and other arts, most masterpieces were created at the peak of the emotional state of their authors. Thus, we unconsciously try to perform a feat in order to satisfy our object of adoration.

According to Lucy Brown, a scientist of the Albert Einstein College of Medicine, “an in-love person can be completely happy, but often, this feeling is accompanied by anxiety”. She also claims that adequate stimulation of this part of the brain prompts us to have sex.

According to Dr. Aron, “love and passion, as well as drugs, activate the same area of the brain.”

Such a statement was made by the psychologist on the basis of an experiment that included magnetic resonance imaging of the brain of ten women and seven men who claimed to be in a state of intense love.

All the participants were in a relationship from one month to two years, and during the experiment, they were shown a few pictures of their special someone.

The result of the experiment showed that love is the strongest feeling that human is capable of and the intensity of feelings changes depending on the duration of a relationship.

An interesting fact is that the brain of the participants responded similarly to the photos of their beloved ones and to face-to-face meetings with them, causing a large burst of activity in the brain region responsible for pleasure.

As for the decrease of intensity of feelings over the years, the scientist answered like this:

“After some time, most people experience a slow decrease of passionate love and a growth of affection.”

The affection of two people who stay together for a long time allows them to bear and raise children. Moreover, a feeling of affection and a decrease of passion occurs at a moment when fear of losing one’s loved one disappears.

As you can see, incredible things happen in your body and mind when you are in love. It’s interesting to know what processes are involved in this universally beautiful experience.