Pareidolia is something many of us experience on a daily basis.

Is that the face of God on your burnt toast? Considering I suffer from bouts of psychosis, you might not believe me when I say I see things and I believe that Christ could be resting upon your breakfast sandwich. Other people see things too and they don’t always suffer from psychotic illusions.

If you’re seeing faces in odd places, you might be experiencing a psychological phenomenon called pareidolia. There are instances of pareidolia the world over, it’s magical and beautiful in its simplicity. To some, there is more.

Greek words, para, which means “wrong,” and eidolon, which means “image,” are combined to create a form of apophenia. Apophenia means seeing patterns in random data. Many of us experience this on a daily basis. One of the most common occurrences revolves around observing images within the clouds. I can remember lying on the hillside with a special friend, watching a veritable zoo trample across the sky. Yeah, clouds are great pareidolia fodder.

You aren’t feeling pareidolic, are you?

The Christ has been a popular subject in pareidolia. As a matter of fact, the Shroud of Turin can be seen as an example of this phenomenon. I, for one, believe the shroud to be real, emblazoned with the energy of the Holy Spirit. The healing process of the resurrection created such immense light and heat that a negative impression was left upon the material for thousands of years to come. 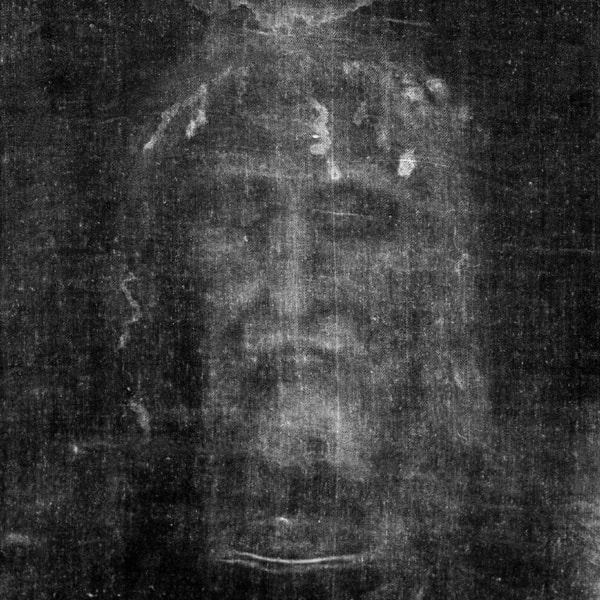 But for those who do not believe, the image can be discerned as a coincidental placement of stains throughout the ages or even a constructed work of art representing the holy. The negative image on the shroud was studied in 1898 by photographer Secondo Pia.

In Lake Arthur, New Mexico, 40 miles south of Roswell, the face of Christ was found on a tortilla. Yes, you heard it right. It could have been something spiritual, or it could be the heightened imagination of the locals. In Miami, Florida, in 2004, a piece of toast bearing the image of Jesus Christ was sold for $28,000 on eBay, by Diane Duyser. That same year, youth director of the Methodist church, Steve Cragg, from Houston TX, said his Cheeto looked like Jesus as well. The image of Christ was also found on a Pierogi.

Not only was the Christ being found on objects throughout the world, but so was his mother, the Virgin Mary. A tree stump in Ireland bears the striking resemblance of the Virgin Mary’s silhouette. A scar on a tree in New Jersey was found to resemble the virgin as well. In Singapore, a callus on a tree becomes the image of the “Monkey God” while Mother Theresa’s likeness graces the cinnamon surface of a honey bun at the Bongo Java Café in Belmont, Tenn.

These images aren’t always found on earth either. There is a well-known image of Mars taken from the Viking 1, which shows a face rising from the surface of the planet. There are many ideas as to why this image came to be. Some think the face derived from an ancient Martian civilization.

Backmasking is a little different than pareidolia, more like apophenia. With backmasking, words can be understood within other words or songs. In the Beatles song, Strawberry Fields Forever, some fans swore they heard the words “Paul is Dead”. Well, that means nothing, obviously, considering Paul is very much alive.

If you’ve ever been to a psychiatrist, then you’re probably familiar with ink blots. What you see within these blots determine the condition of your mind. Kind of unsettling, wouldn’t you say. In Finland, studies show that those who are spiritual tend to see these images more than those who are not.

According to Carl Sagan, American cosmologist and author, being able to recognize faces work like a double-edged sword. Although having the ability to distinguish between the faces of friend and can help with survival, it can also cause delusional beliefs. Are you really seeing a face or just a pattern?

Leonardo Da Vinci understood pareidolia and may have been influenced by its effects in his work. After all, artists do this all the time. Nothing is as it seems. Da Vinci states in some of his notes:

If you look at any walls spotted with various stains, or with a mixture of different types of stones, if you are about to invent some scene, you will be able to see in it a resemblance to various different landscapes adorned with mountains, rivers, rocks, trees, plains, wide valleys and various groups of hills.

Pareidolia, seeing patterns and faces in odd places, will live on in the imaginations of those who see beyond the obvious. Whether it’s spiritually inclined seekers or artists, images will pull from the landscape making themselves known. The images may have been hidden there, for inquisitive minds to discover, or the images may be part of some cosmic joke left so that we can realize what we see is nothing at all, in the grand scheme of things. Regardless, pareidolia will continue to be the subject of conversation, the must for our artwork and the reason for our beliefs. If it’s a message, we get it, and if not, it’s still beautiful in its own way.