Black holes are one of the most frightening phenomena that exist in space. Their gravitational force is so strong that they distort space and time beyond possible limits.

Therefore, it begs a question what could happen if such a monster suddenly appeared close to our solar system?

Before answering this question, let us first clarify some other questions. At what distance would it appear? Where would it come from? How massive would such a black hole be?

The possibility of encountering a black hole

Let’s begin by pointing out that our Sun is not capable of becoming a black hole since the gravitational collapse of a star requires it to be 10-15 times more massive. There are no such stars in our galaxy, nor expected to be discovered. The closest to us are red dwarfs, each weighing around 8-60% of the sun’s mass.

So we are left with only two possibilities. The first one suggests that a black hole appears spontaneously in the vicinity of Earth. This threat is minimal.

But the second possibility is more real. In 2000, astrophysicists suggested the existence of black holes traveling through the universe. But still, the probability of one of them passing by our solar system is tiny. But it is still worth exploring.

At a great distance, a black hole behaves like an ordinary object with a large mass, i.e. it obeys the laws of classical mechanics as well as Newton’s law of universal gravitation. In fact, it is impossible to distinguish between a blue dwarf weighing 265 suns from a black hole of the same mass based on their behavior.

But when we get closer to the dark monster, the laws of Einstein’s general relativity theory come into play, according to which the gravitational force is capable of distorting space and time, especially if we are dealing with a black hole.

When approaching the massive monster in a spaceship, we will notice that the closer we get to the black hole, the greater effort the engines of the ship will have to exert while trying to stay on a circular orbit.

A point will come when nothing can keep the steady spiral plunge into the event horizon of the black hole. Not even the light can escape from there.

You will find yourself inside a black hole heading toward singularity into the core of infinitely distorted space and time, in which known laws of physics cease to exist.

While approaching the dark monster, the time starts to slow down. For you, however, nothing will change, but for the observers on the outside, the time around your ship will start to flow like syrup.

When you approach the event horizon, it will look from the outside as if you were frozen and motionless. Since the light cannot escape a black hole, it will be the last thing others will know about your existence.

How would we know if a black hole was approaching?

Imagine that the unthinkable has happened. A massive black hole outside our galaxy approached a newly-exploded supernova, which pushed the giant at speeds of several hundred kilometers per second towards our galaxy.

There is no way of knowing. At least unless the black hole begins to interact with a visible object since not even the light is able to break free out of its “bowels”.

So instead of looking for black hair on the dark carpet, let’s think about how to determine if the giant is approaching us using indirect ways.

First, the matter which has been affected by the black hole emits streams of particles that can reach us.

Secondly, the distortion of space surrounding a black hole can be detected by earthlings. The gravitational lens predicted by Einstein’s theory of relativity was repeatedly noted by astronomers near massive objects such as galaxies, black holes, or our sun.

And yet, even under ideal circumstances, it would be difficult to notice the dark monster approaching. In order for astronomers to detect a change in the radiation of the star, a black hole must pass exactly between the star and us, actually crossing its rays. But even in this case, we would need a lot of luck to notice this effect.

Finally, a black hole can have a gravitational effect on celestial objects: planets, stars, asteroids, and comets. Thus, we come to the original question: how far from the solar system would our hypothetical black star pass by?

Clearly, the closer the black hole is, the worse the outcome is for us. Imagine a sparrow flying through a spider web between the branches of trees. The close proximity to this monstrous black hole could alter planetary orbit or cause distortion of the entire solar system.

If the gravity exerted by the black hole changed our orbit around the sun to be closer, or, alternatively took it further away from it, there would be a possibility of catastrophic climate changes, tsunamis, typhoons, and earthquakes of an unprecedented magnitude.

In the worst case, the passing of a black hole in close proximity to us can launch us right in the scorching center of the sun, or knock us out of the solar system into the coldness of space.

As once the famous astrophysicist Neil Degrassi Tyson put in perspective,

“The day when a black hole ‘decides’ to pay a visit to our solar system will turn out to be a very disappointing experience“.

Journey inside a black hole 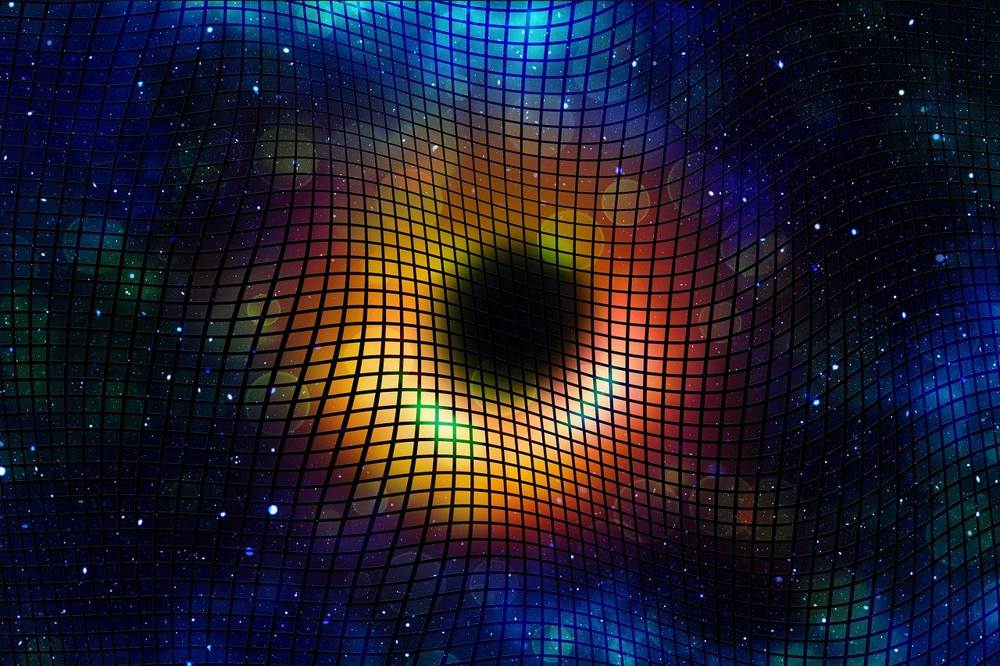 Let us now imagine that our visitor was not just a black hole but a super-massive monster with an event horizon of more than five times bigger than our entire solar system. Naturally, such a giant could swallow us up with the sun and the planets just like a white shark can swallow an unfortunate tuna fish.

But will we be able to at least look inside the dark monster? Let’s suppose that we have created a kind of protective shield that protects the planet from any outside threats, including the monstrous gravity measured in millions of G’s. Earth would make its way down the spiral orbit towards the event horizon of an unwanted visitor.

In case if a giant black hole with a mass of five million suns appeared right in the center of our galaxy, we would have about 16 seconds to get down after crossing the event horizon, until we reach the singularity point.

During this travel, we would be able to see the stars because their light penetrates inside black holes, but distorted space and time would change them beyond recognition. It would seem to us as if we were looking through some kind of an unimaginable kaleidoscope.

Near the singularity point, the entire universe around us would shrink into a thin strip of glowing blue light, and then the remnants of what once was Earth would enter into a state of infinite distortion.