For years, researchers have been trying to explain the depiction of mysterious Celtic astronomy symbols.

The research, which started fifteen years ago, was mainly focused on identifying linear and X patterns, dating back from 62 AD to 400 BC, along with the study of the symbolism of Stonehenge and Newgrange. What was the outcome? A possible correlation between ancient X symbolism and the “Collective Unconscious” of Swiss psychiatrist Carl Jung.

One of the primary symbols of the Celtic was that of the sun, which was symbolized with an X or a four-spoke wheel. This motif was very popular on axes, swords, coins, pottery, and jewelry since the Neolithic era. The sun was believed to be “life-giver, promoter of fertility and healing,” as Dr. Miranda J. Green states in her book “Dictionary of Celtic Myth and Legend”.

So, what is the correlation between these artifacts and Stonehenge? Although Stonehenge is approximately 2,000 years older than the artifacts presented in the Celtic Collection, there is an encoded X symbol between the Station Stones of Stonehenge.

In fact, in Stonehenge, an X motif is formed between the South Barrow Stone and the North Station Stone. In addition, interconnected X artworks, that were recovered from Stonehenge, form six images. These are only some of the hundreds of artifacts included in the Celtic Collection. 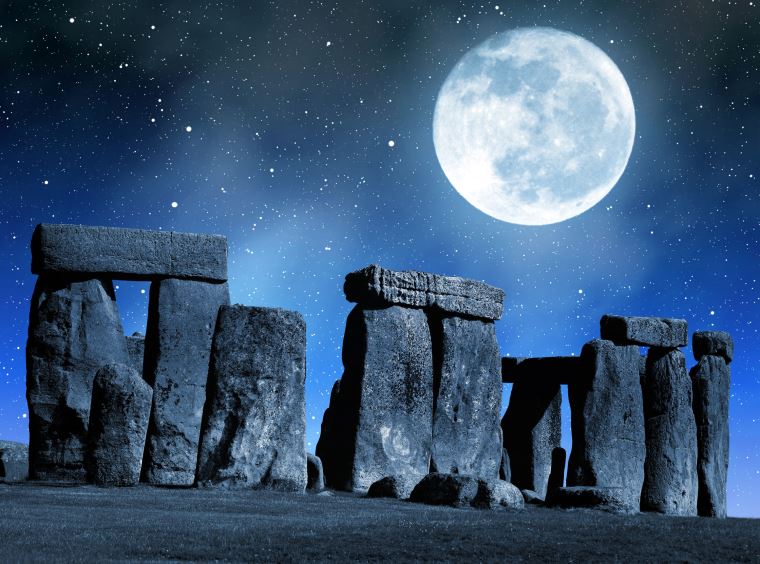 The mysterious interconnected X motif appears in another site, that of Newgrange in County Meant, Ireland, that dates back 5,000 years (Neolithic period). Moreover, the same motif was used in the Celtic astronomy symbols. It was a primary symbol, was considered sacred and symbolized the sun’s journey.

Identifying the six major Celtic astronomy symbols was the greatest challenge of this research. As historian and specialist in Celtic mythology Sherri Ellington suggests:

“The discovery of the six interconnected X symbols reveal an enhanced encoded set of astronomical shapes and representations that have been found on Celtic artifacts for millennia. Given that early Celtic and proto-Celtic society was widespread in Europe, the six interconnected X patterns and the primary X sun symbol likely go back much further than Newgrange, which is more than 5,000 years old and quite complex. These six shapes are still with us today and can be seen in our most prominent structures and institutions”.

But why is motif X so popular until today? This is something that Dr. Carl Jung’s archetypal concept may be able to explain. According to his theory, the archetypes are information genetically inherited from generation to generation.

“Ancient Celtic society for thousands of years used symbols that included the X pattern representing archetypes that stay with us today surfacing in the form of our architecture, religion, and political trademarks, although society is basically uninformed of their meaning or presence”.