We all have some views based on personal experience, education, mass media, and opinion of those around us. We accept many of the ideas associated with science as a fact, although they have long been disproved.

Here are some of the most common science myths that most people believe to be true.

1. North Star is the brightest star

Polaris (North Star) is not the brightest star in the night sky, as many people believe. Approximately, it is in the 50th place in the ranking of stars by brightness. Polaris is easy to see since the Earth’s axis is almost directed at it. At night, the North Star remains in the same point and points northward all year round.

The brightest visible star (after the Sun of course) is Sirius located in the constellation Canis Major.

2. Great Wall can be seen from space

The Great Wall is very long but is impossible to be seen from space. Even China’s first astronaut Yang Liwei confirmed that he could not see it with the naked eye, not to mention the belief that the Great Wall can be seen from the moon.

3. Shooting at the gas tank can make a car explode

This effect can be observed only in movies and video games. In fact, the bullet either will remain in the gas tank or will go through it. However, if you use tracer bullets at long distances, the heat from the friction of the air can cause an explosion. But it is not so easy to make a car explode, as depicted in Hollywood films.

4. It is necessary to run in zigzags to avoid crocodile attack

One of the oldest survival tips and science myths is: if you want to escape from a crocodile, move in zigzags because it cannot turn quickly.

In fact, crocodiles almost never hunt on land and prefer to attack from the water. The maximum speed they reach on land is about 16 miles per hour, which makes it possible to outrun the crocodile both by moving in zigzag or in a straight line.

Lightning usually strikes the same place twice. Moreover, this phenomenon is very common. For example, the famous skyscraper Empire State Building gets hit by lightning about 100 times a year. Lightning “prefers” most tall buildings and trees, while in large fields it often strikes the highest object several times, before moving to another towering goal.

Spanish bullfighters have used a piece of bright red cloth since the 1700s. Since then the science myth that bulls hate red was spread. In fact, the bulls do not care what color to attack and have no color preferences. They attack the most moving object.

7. There is no gravity in space 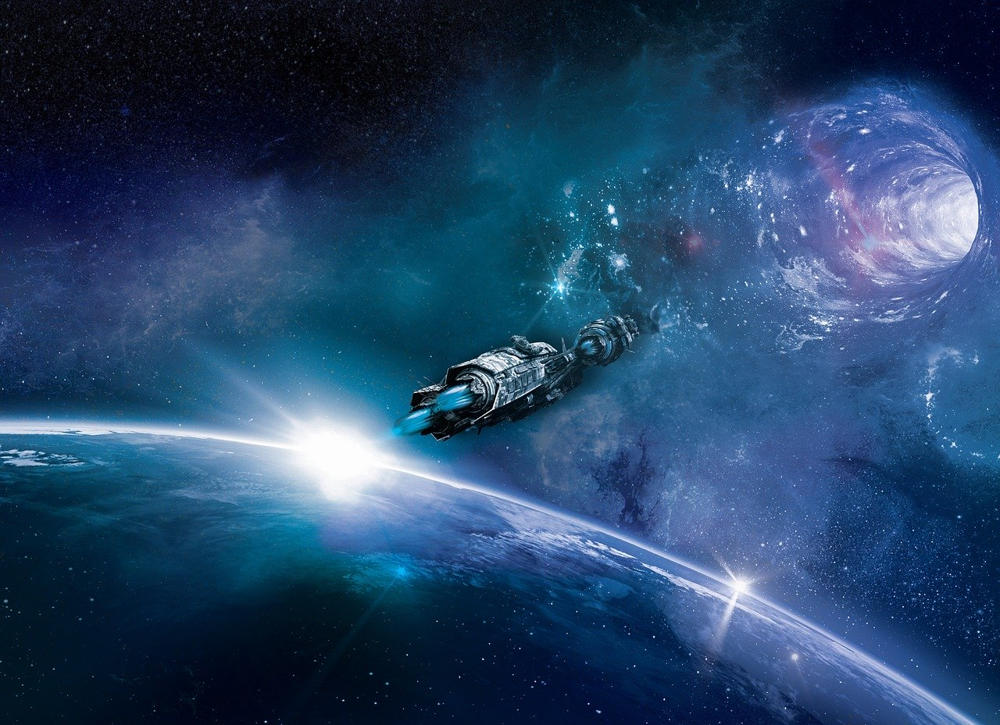 8. There is a dark side of the moon

The whole surface of the Moon is illuminated by the Sun at some point. However, the one side of the Moon is never visible from Earth, which is caused by the tidal capture, which makes the rotation period of the moon around its axis equal to the one around the Earth.

9. Brain cells do not regenerate

Scientists have long suspected that the complex function of the brain can be disrupted due to the growth of new cells. But in 1998, Swedish scientists found that the nerve cells in the adult brain can regenerate. Learning and memory brain centers can create new cells at any age. This process is known as neurogenesis.

In addition, U.S. scientists have discovered a process that allows creating copies of embryonic stem cells that can be transformed into brain cells.

Glass is an amorphous solid that behaves like a liquid with a very high viscosity. This means that it runs very slowly, which explains why the stained glass is thicker at the bottom. In essence, there is no clear answer to the question, ‘Is glass liquid or solid?‘

These are just some of the popular science myths many people believe to be true. Which of these were you aware of and which have surprised you?