5 Unexplained Archaeological Discoveries That Keep Puzzling Researchers to This Day

The scientific community has not yet been able to shed light upon them. Let’s see some of the greatest findings that still remain unexplained.

While the scientists’ initial purpose was the extraction of gold, they found something far more valuable and interesting: these nanostructures (coils, spirals and shafts) were discovered during a geological research in the Ural Mountains, Russia.

The Russian Academy of Sciences examined these tiny objects, the larger of which were made of copper and the smaller from tungsten and molybdenum. No one can explain what the use of these mysterious objects was.

Yamal peninsula in Siberia, Russia, revealed one of the most intriguing unexplained archaeological discoveries – a 115-foot hole that keeps puzzling researchers.

This strange phenomenon was created after a mysterious explosion. Consequent explosions created two more sinkholes in Russia’s north. The gigantic holes are believed to have been caused by gas explosions beneath the surface of the Earth. 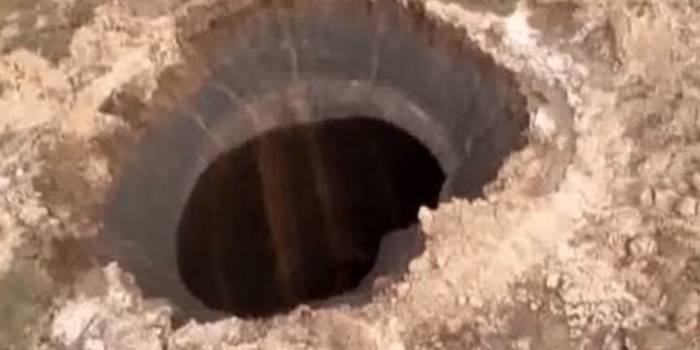 Andrei Plekhanov, a senior researcher at the Scientific Research Centre of the Arctic, is conducting further research on this mysterious holes.

These man-made pyramids, first sighted in 2005, are located near the town of Visoko, northwest of Sarajevo, Bosnia-Herzegovina. The 220 meters high Pyramid of the Sun exceeds in size the Great Pyramid of Egypt (147 meters high).

The precision it was built with is similar to that of the Great Pyramid of Egypt. Dr. Semir Osmanagić, Head of Anthropology at the American University in Bosnia-Herzegovina, is in charge of the research conducted on these mysterious pyramids.

These mysterious pyramids of unknown origins were discovered in 1999 by researcher Vitalij Gokh. They are considered as one the most important discoveries of the century.

However, no one can tell for sure who constructed these megalithic structures located in the Crimean peninsula. The area has revealed great archaeological findings, as its rich historical background involves the Greeks and the Romans, the Genoese and the Ottoman Turks.

The mystery of the spiral-shaped stone labyrinths located at the Bolshoi Zayatsky Island, in northern Russia, still remains unexplained. Dating back to 3000 B.C., these strange labyrinths — 35 in total and very well-preserved — were constructed by the prehistoric residents of the island, who built villages as well as sacred sites.

While their purpose is not yet known, researchers suggest that these enigmatic labyrinths were either used as a passage from this life to the next or a border that separated our world from the underworld.

Which of these unexplained archaeological discoveries seems the most intriguing to you? Share your thoughts in the comments below.

Rena Papa, B.A.
Contributing writer at Learning Mind
Rena Papa is a History major, who loves art, travelling and nature. Photography and music make her life exciting. She loves learning new languages and cultures. Over the past 5 years, Rena has been working as a translator and writer.