Have you ever been warned against using certain hand gestures when travelling abroad? Can you recognise where a person comes from simply by their hand gestures? Why do the meanings of hand gestures differ so greatly in different countries?

Human beings communicate in a number of different ways. Speech is the most obvious method, but we also use nonverbal clues, such as facial expressions and body language.

We speak using the language of our country. However, did you know that hand gestures also have different meanings depending on where you were born?

More to the point, we can recognise hand gestures and body language clues of our fellow countrymen and women. It’s a little like how we use the regional accents of spoken language to determine where a person is from. These nonverbal accents are the physical equivalent of that.

Why hand gestures are an important survival tool

Author of ‘The Human Swarm‘, Mark Moffett, describes our need to belong to a certain group. Belonging to a group is beneficial to its individual members.

We are safer in a group, we feel more comfortable with members of our own group. We trust them, they protect us, and they share the same values and beliefs as us. At the same time, we feel pride in the symbols that identify our group. We will even go to war to fight for our group.

Humans gravitate to those people who are members of their own group. We like familiarity. This is because we like to be able to predict the actions of others and belonging to a group enables this. We don’t have this luxury with outsiders.

There are many things that help us identify these strangers or outsiders. The clothes they wear and the way they speak. Now, experts know that their body language is also an indicator.

We can pick up on the tiniest differences and this is important because as we go through life we have to make instant decisions. In our ancestors’ times, these decisions would have meant life or death. Knowing whether someone is a friend or foe could mean the difference between total annihilation of your family or the survival of your genes.

So identifying people who belong to our group is especially important, and that’s where specific body language traits, such as hand gestures, can help us.

Now, it’s time to examine hand gestures around the globe.

8 hand gestures with different meanings around the globe 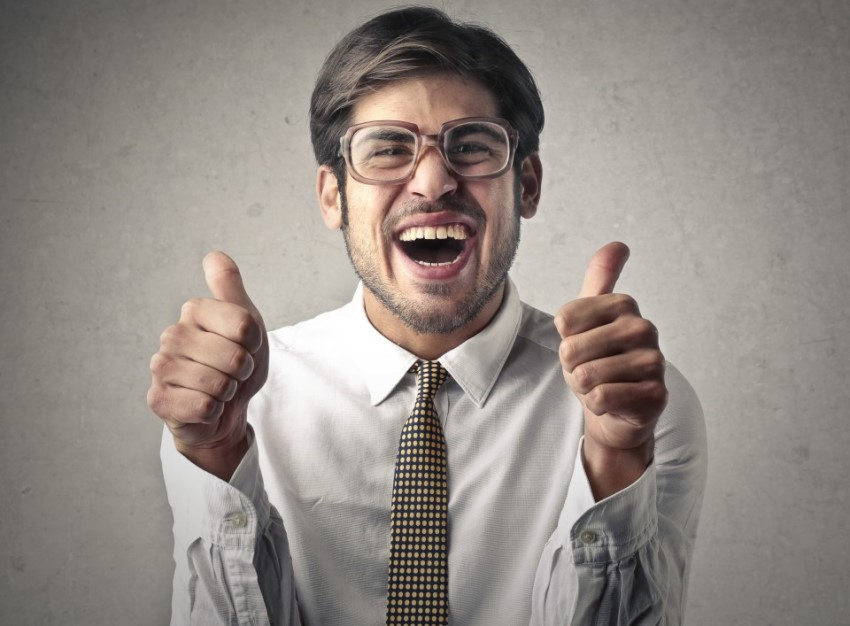 In western society, thumbs up hand gestures mean that everything is ok or a sign of approval. However, in other parts of the world, it has negative meanings. This is thought to originate from Roman times when a thumbs-up signal would mean a gladiator should die.

The thumbs up lost these negative connotations during WW11 after American pilots began using it to signal they were ready to fly.

In countries such as Japan and Germany, it simply means the number one. However, in the Middle East, parts of Europe, Russia and Latin America it is insulting and means ‘up yours’.

Used by heavy metal rock bands for decades, the horn fingers gesture denotes ‘carry on rocking‘. It is also used to depict a satanic salute as it represents devil horns.

Keeping your fingers crossed for someone is the equivalent of wishing them good luck. However, in Vietnam, it is used to represent the female genitalia and seen as an insult. 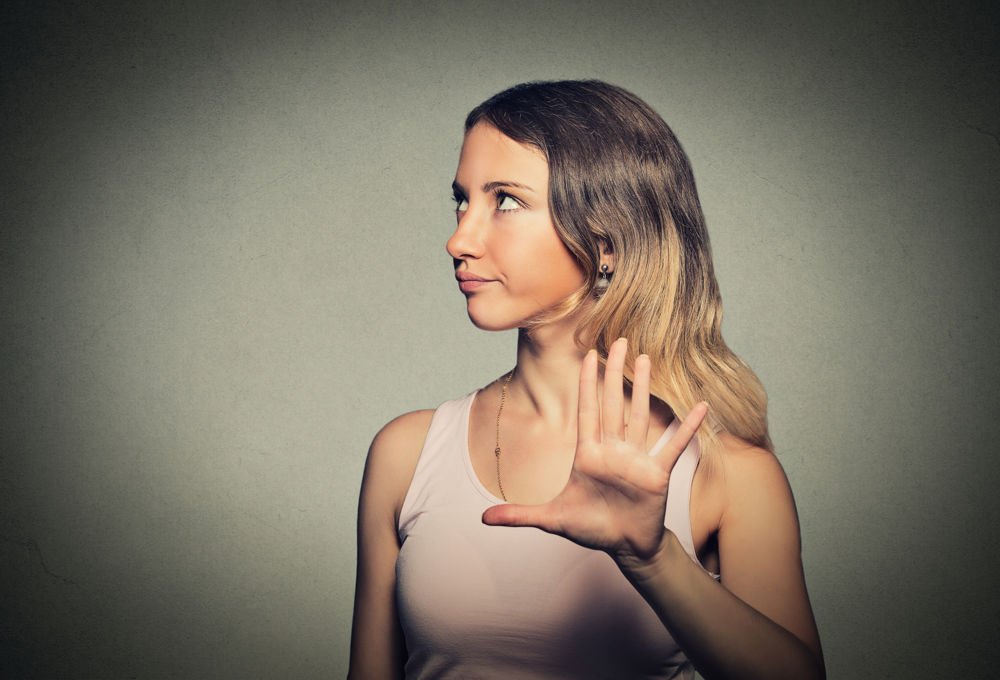 Spreading the fingers of your hand with the palm facing outwards and then thrusting this into someone’s face is known as ‘talk to the hand’ in the US. It means ‘I’m not listening’ or ‘shut up’ and is considered pretty juvenile.

In Greece, the meaning is much more serious. It is called a mountza or moutza and is considered to be a grave insult.

It is thought to have originated from the Byzantine era where criminals would have dirt rubbed into their faces and ridiculed by baying crowds. People would take the dirt and using the palm of their hands rub it into the faces of criminals.

Who would have thought that pointing your index finger could have so many different meanings? In the UK and the US, we use this gesture to draw attention to something. In the US, it was used on propaganda posters ‘Uncle Sam needs you’ and is interpreted as ‘you are cool’.

In Germany, Belgium, the Netherlands and Austria, they use their thumb to indicate numbers so pointing one finger means the number 2. China also uses this hand gesture to indicate the number 8.

In Eastern culture, it is considered extremely rude to point at a human being and is only used for inanimate objects. In Italy, it is used to draw your attention to something that is bad.

Touching your thumb and index finger to form a circle is known in the US and the UK as the ‘OK’ but not everywhere. In many places, it is a rude gesture with different connotations.

For example, in Brazil, Greece and Spain, it is used to resemble a body part and it means that you are calling someone an asshole. In France, it indicates ‘zero’ and means ‘you are nothing’.

In China, it denotes the number 7, and in Japan, it means money.

Curling your index finger with the palm up is a request for a person to come over. However, in the Philippines, it is considered exceptionally rude and you could even be arrested for using it. Filipinos use this gesture for dogs only. 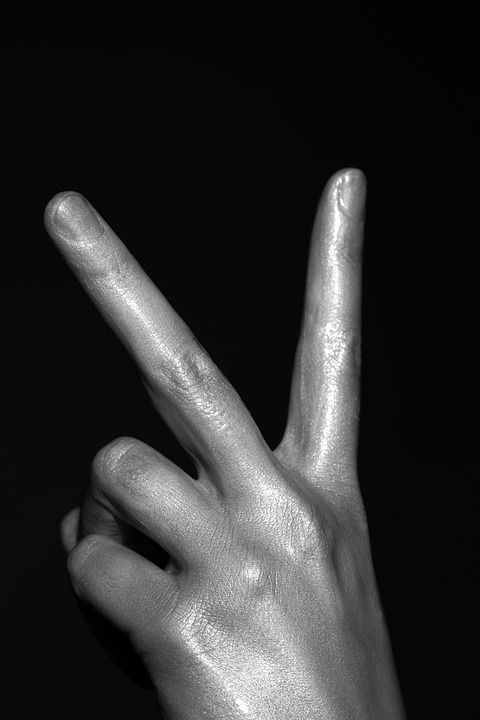 Finally, my favourite example of hand gestures is the V for Victory sign. It was adopted after the victory of the Allied forces in WW11. It later became the symbol for peace in the 60s and 70s.

In certain commonwealth countries, however, including the UK, South Africa and Ireland, sticking two fingers up in a V with your palm facing inwards is seen as saying ‘F*** you’ and is extremely rude.

It is thought that the two fingers up insult originated from over 500 years ago when the French were defeated at the Battle of Agincourt by Henry V. This battle was part of the Hundred Years’ War between England and France.

Henry had lost most of his army to disease and was heading back to the safety of English shores. But, he walked into a trap where he was severely outnumbered by the best of the French army.

However, using longbows, he managed to defeat the French. In retaliation, the French would cut off two fingers of the English archers so that they could never fire a bow again. The English would hold up these two fingers to the French to show that they had all their fingers and could still fight.

Who would have thought that simple hand gestures could have so many different meanings depending on which country you are from? I’m sure I haven’t covered all of them, so if you know any, please let me know.