Can our hands reveal our deepest secrets? Could I tell what you’re thinking just by watching your hand movements? We’ve all heard of the study of body language, but does it apply to the hands as well?

Why Our Hands Are an Important Part of Our Body Language

We use our hands every day to gesticulate and embellish our thoughts. Therefore, it stands to reason that our hands can give us away. Even simple gestures such as standing with our hands behind our backs or the softness of our touch are clues.

In fact, world leaders study the body language of hands because it is so revealing. You only have to look at the way all strong leaders use their hands in the exact same way. This is especially true when they have an important message to give.

“Your hands tell everything about your emotions and reveal how you’re feeling at the moment. I call them your emotional barometer.” Body-Language Expert Blanca Cobb, PsyD

So let’s explore the body language of the hands and see what we can learn.

17 Hand Gestures and What They Reveal

Hands behind the back

This is a sign of confidence, particularly in men. This is because holding the hands behind the back exposes their vulnerable parts to the public. Therefore, it takes a person with high self-esteem to leave that part of their body so defenceless.

Hands in pockets reveal a casual and nonchalant attitude. As a matter of fact, in certain situations, it is considered to be rude and lacking manners. For example, you wouldn’t keep your hands in your pockets at a formal interview.

Hands in pockets are associated with mystery and suspicion. This is because when you cannot see another person’s hands, you could think that they are hiding something from you.

Hands on hips is a sign of confidence. Actually, this stance is linked to authority and power. For instance, you often see leaders adopting this position. However, athletes and hard-workers use this stance as preparation. Hands on hips suggest readiness for action.

Body language of the hands isn’t just about gestures. You can tell a lot about a person, just from their touch.

Blood flows easily to our extremities when we are happy and relaxed. Blood deviates away from our hands when we are stressed. So, for example, cold hands indicate stress and anxiety, particularly if they are accompanied by sweaty palms. Hot hands are a sign the person is relaxed and comfortable in the situation.

The way a person touches you is also very telling. Touching using the whole hand indicates warmth and familiarity with the other person. Using just the tips of the fingers is a sign of discomfort or coolness towards that person.

The area of touch is also important.

The way we use our palms is a dead giveaway to body language experts. For instance, open palms show that we have nothing to hide. We are literally showing the world that we are not concealing anything. When combined with raised arms, open palms is a sign of acceptance, welcome and trust-worthiness.

In contrast, closed palms show rigid-thinking and power. It suggests an unwillingness to move or give way. Closed palms can be used to emphasise a point when combined with a downward movement.

Another sign of authority, you often see parents chastising their children when they have been naughty. However, it’s considered rude to point at someone. That’s the reason we don’t see it so much with adults. Pointing at someone is an aggressive gesture. It’s used to threaten or admonish a person.

However, accompany the finger point with a smile and raised eyebrows and it’s a very different matter. You often see politicians doing this into a crowd to show they recognise someone and are popular and fun people.

People use the chopping hand gesture when they want to bring the point home. There is no confusion about the way of thinking when someone uses the chopping motion. You should be aware that a person using this gesture has already made their mind up and isn’t likely to change it.

A person who continually squeezes their hands is anxious about a situation. You’ve heard of the term ‘hand wringing’ well this is exactly that. Squeezing hands is a self-soothing gesture. It is done to calm the person down.

Someone who constantly fiddles with their own hands is trying to release nervous energy. They could be lying or trying to distract themselves from an unpleasant situation.

Can we apply the body language of the hands to a simple handshake? We have all come across the handshake that breaks bones or the limp fish that slithers away. But what about the position of the hands?

The person whose palm is left facing upwards is in a position of surrender. Whereas the dominant person will finish the handshake with their palm facing downwards.

You often see politicians vying to make sure they are in the dominant position. One way to reduce the effect of the subservient handshake is to place your second hand over the whole handshake. This is the double handshake.

However, the double handshake is a sign of affection if performed between close friends and colleagues.

You often see cartoon characters rubbing their hands with glee when a situation goes their way. It signifies excited anticipation of something good that is coming.

Steepling is forming the hands like a church steeple in a pyramid shape. It is a sign of supreme confidence and authority. When the hands positioned upwards it shows the person is in total control. When pointed at another person it is a sign to show who is boss.

Covering with the hands

Hands cover things we don’t want to see, hear or accept. So hands over the ears literally block out the words. Likewise, if we use our own hands to cover our mouths, we are saying that we are not confident with what we’re saying. In fact, this is a good sign that someone is lying. 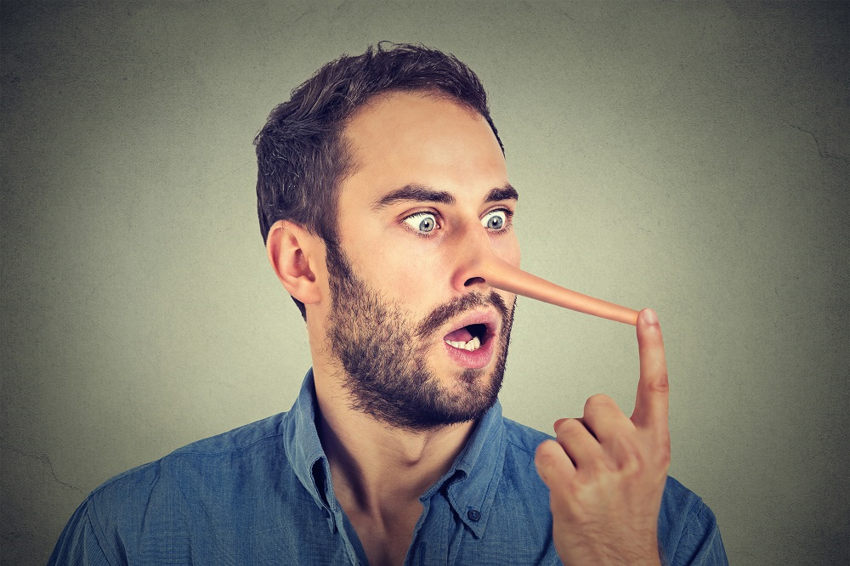 We use hands to flirt and show our sexuality to others. A woman will use her hands to focus a potential partner to her intentions. For example, she’ll twirl her fingers around her hair or fidget with a necklace to draw the attention to her cleavage.

Have you ever noticed when you’re talking to a person and they are picking lint off their clothes? This means they do not agree with what you’re saying. They are using the lint-picking as a way of not speaking directly to you. However, picking lint from the clothes of someone else is a flirting gesture.

Final Thoughts on the Body Language of the Hands

Who knew that our hands could give so much away? Next time you are with friends and family, why not see if you can tell what people are thinking from their body language of their hands?