The Origin of Halloween and Its Forgotten Ancient Roots

Halloween brings jack-o-lanterns, candy, and decorations, but, do we really know anything about this holiday’s origin?

The truth is, Halloween is a mixture of many traditions and beliefs, spanning almost the entirety of Europe and later into the United States. But let’s go back really far first, and see what we can find.

It began in countries ruled by the Celts around 2000 years ago. Halloween, as we call it today, was known as the New Year’s Eve in Ireland, the United Kingdom and also in Northern France. And of course, the New year was celebrated on November 1st, marking harvest time and the entry into the dark seasons.

Mind you, it wasn’t considered dark for evil reasons, but only to symbolize the coming of a long winter, void of much sunlight.

With the New Year being on November 1st, this meant that Samhain, was the name for  New Year’s Eve on October 31st, the same day we observe as Halloween in modern times.

Thus the Wiccan observance of Samhain in their beliefs, predating Christianity. Between these two days, it was believed the spirits of the dead could easily return to earth. The veil between the living and the dead was thinned, or some believe, even opened.

During Samhain, the Celtic priests (Druids) built bonfires and wore costumes to resemble animals. They also offered animal sacrifices and read fortunes. Samhain was considered a serious observation, not the holiday we know today.

The Romans conquered Celtic territory about 43 years after the death of Christ. In the 400 years of Roman occupation, festivals and beliefs were combined between the two. Since the Romans worshipped the Goddess Pomona, symbolized by the apple and incorporated into the Celtic celebrations, this could be why we bob for apples on Halloween today.

The pope, after considering dates, officiated November 1st as All Martyrs Day, changing its status from New Years for many Europeans. Although it started as All Martyrs Day, he thought is befitting to include the Saints as well, changing the name to All Saints Day. In 1000 A.D. November 2nd became All Souls Day to commemorate the dead.

This is where the names began to include other interpretations. All Saints Day was also viewed as All-Hallowmas, and the day before it, originally Samhain was known as All Hallows Eve… eventually becoming Halloween.

At first, Halloween was only observed in Maryland and the southern states. New England was excluded because of protestant beliefs. But as various European countries trickled into the colonies, as it were, they began to blend beliefs with the native Americans, and the traditions of Halloween spread rapidly.

As large amounts of Irish immigrants flooded the colonies, Halloween became a common tradition, with bonfires, costumes, and stories about the dead. Halloween’s origins were quite different, as you can see, in the colonies.

During the 1800s, trick or treating was first introduced. People were first encouraged to treat Halloween as a community event void or any ghosts, goblins or witches. At the turn of the century, people removed anything frightening from the holiday and focused on parties and parades with festive costumes.

By the 1950s, Americans used to trick or treating as a way to stop vandalism, which had sprung up from rigid rules about Halloween dress and traditions. Trick or treating seemed to appease many people and work great for children, especially since this was the beginning of the “Baby boom” generation. There were children everywhere.

Of course, over time, spooks and ghouls returned, with haunted houses and hayrides. Jack-o-lanterns started to frame communities with their otherworldly glow. Halloween became a creepy good time with treats and festivities. In its completeness, a new American tradition began.

Since the veil between the living and dead was thinned or open between All Hallows Eve and All Saints day, people thought it wise to leave their homes and dress in costumes in order to not be recognized by ghosts.

This is another origin of the Halloween costume. In addition, they often left trays of food on their porch steps to appease the spirits.

In Mexico and Spain, the holiday is called Dia de Los Muertos, or Day of the Dead. This celebration is designed to honor the dead in a three-day vigil, starting from October 31 until November 2nd.

Candles are lit and decorations are positioned to help the dead find their way home. On this last day, relatives of the deceased have a picnic in the cemetery near the gravestones. They also clean and trim grass that has overgrown around the tombs.

Trick or treating can also be dated back to England when hungry people went from home to home offering prayers for loved ones in exchange for soul cakes. So, combining all the aspects of why we go trick or treating, we develop the modern tradition – now, we just do it for fun and candy. 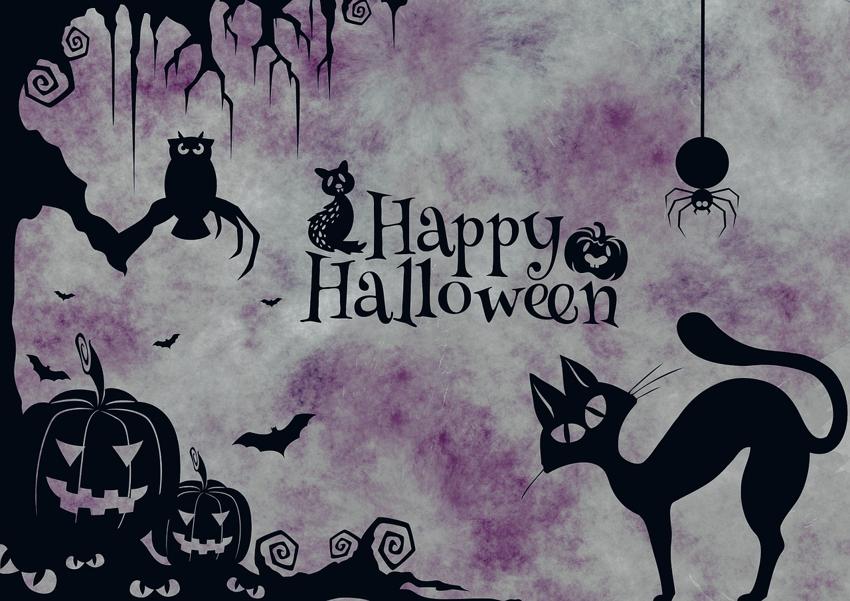 Yes, this holiday is an altogether different creature today. Although Halloween has deep roots and many branches in its origin, it still changes every year, including new traditions, activities, and festivities.

As you know, many horror movies also sprang from Halloween-inspired origins and traditions from ancient to modern influences.

Now, Halloween is seen as a much anticipated time to carve pumpkins, pick out costumes and prepare for parties, not much different from the festivities which started in the 50s. But now, we’ve incorporated ghouls and ghosties back into our Halloween and just about any horrid and gruesome thing you could think of.

While there are those who do not celebrate the tradition, there are plenty who do, and it’s estimated that 1/4th of candy sold in America is during Halloween.

So, if you’re going out this Halloween, remember two things: have fun and be safe.