Over time, underwater discoveries and their mysteries come to the surface.

The deep blue sea, the oceans so wide, and even lakes of the world – nothing compares to the allure of these great bodies of water. Seen from the coastline, their waves bring tranquility and peace. Underneath the dying sun, these great waters twinkle in nature’s purest beauty.

But there’s more. Beneath the waves lie mysteries hidden from most of our eyes. It might surprise you what lurks beneath the cold depths of the earth’s water. Maybe we haven’t found all that many mermaids, but as for sunken treasures, there are more than you think to choose from.

Here are nine fascinating underwater discoveries of all time.

We all know about the Titanic, so I won’t add much about this one. Movies and tales about this ship may captivate you, but facts are even more intriguing.

Needless to say, this British passenger liner rests on the seabed to this day, relinquishing glimpses to a time when she rode upon the cold northern ocean. While her magic remains, the beauty once held by the Titanic slowly disintegrates over time. 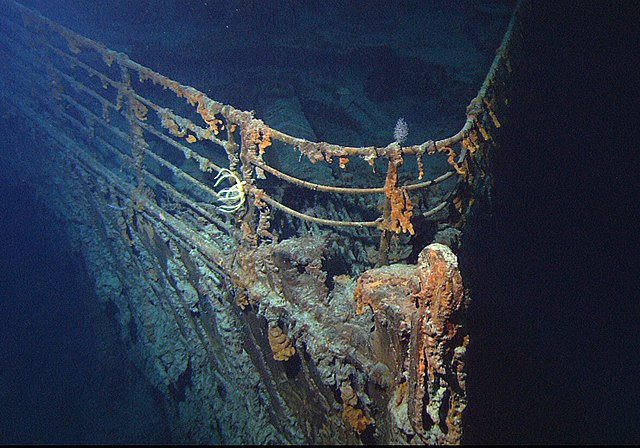 Treasures beneath the sea could also consist of precious metals- silver, to be exact. During WWII, Nazi torpedoes struck the SS Gairsoppa while en route to the United Kingdom from India. Bars of silver settled 300 miles from the Irish coast until 2011. The British cargo ship was found, along with 61 tons of silver nestled with the creatures of the deep.

Off the coast of New Jersey lies the wreckage of a number of locomotives. Trains, dating from 1850, were found strewn along the ocean floor. It was in 1985 when archeologists discovered what they call the “train graveyard”.

The Yonaguni monument is a mystery all in itself. Found on the bed of the Yonaguni island, stone-like structures are making its visitors perplexed. Scientists aren’t sure whether the monuments are a natural formation or something manmade. They do believe, however, that the monuments are well over 5,000 years old.

The SS Coolidge, serving as a Troopship between 1941 and 1942, was sunk by mines in Espiritu Santo in New Hybrides. All aboard, save for two, escaped unharmed. Since then, many valuables have been recovered from the SS Coolidge. Excavations ended when earthquakes broke the remainder of the ship into sections. The ship lies 69 ft. below the surface.

It’s not known for certain, but this is what we think. There may be remains of a ‘Stonehenge’ at the bottom of Lake Michigan. Mark Holley, professor of underwater archeology, discovered this wonder in 2007.

On the center stone, there appears to be a carving of a mastodon, which existed 10,000 years ago. Wow! Afterward, other, seemingly manmade, formations were found in other surrounding lakes.

Just when you thought the sea had no more secrets left, it delivered the Antikythera mechanism, a device, a tool, or something of that nature. This mechanism is one of the most astonishing discoveries of our time, first discovered as one block then separated into sections with gears.

The origin of the Antikythera mechanism dates back to around 200 B.C. and was thought to have been created by either Greek or Babylonian societies. The closest way to describe this valuable, found off the coast of Antikythera, is to describe it as a clock or calender-even a computer-think Steampunk. Some think the Antikythera is more valuable than the Mona Lisa. Imagine that.

So, this is the story. Edward Teach (Blackbeard) captured a flagship named the Concord, renamed it Queen Anne, and then attached cannons. Pirate Blackbeard, with the use of Queen Anne, sailed from Africa to the Caribbean, attacking the Dutch, British and Portuguese. He collected valuables and treasures before running the ship ashore.

In short, the wreckage of Queen Anne was discovered and Blackbeard’s cannons were brought to the surface, after sleeping beneath the waves for 300 years.

One last treasure I want to include is the Phoenician shipwreck in the Mediterranean Sea. When discovered, this sunken ship was surrounded by a number of ancient drinking vessels, vases, and tools dating back to around 700 B.C. This could be the oldest sunken treasure in the Mediterranean and one of the most interesting specimens of Phoenician culture.

These underwater discoveries are only a few of the treasures hidden below the waves. In times to come, sands will shift and mysteries will surface, providing insight into our history and humanity. With these discoveries, we may learn even more about the world we live in and our fellow man, not to mention the mesmerizing power of the oceans, the lakes, and the seas.

Do you know any other intriguing underwater discoveries that are not on this list? Share your thoughts in the comments below.