Technology has changed so many things, and not all these changes are for the better. Phone addiction is one of those negative aspects.

As a child, I grew up playing outside or with dolls. Sure there was television time, and even a bit of time spent listening to awesome music on the radio. But it’s nothing like the technology we enjoy today. Technology has brought us inside, making us somewhat forget about the beautiful outdoors. One of the problems of those drawing technologies is phone addiction.

How bad is phone addiction?

A question that we, as adults, should be asking ourselves is, “How will this constant need for technology affect our children when they are grown up?”  Well, German researchers conducted a study that is now published in the journal, Addictive Behaviors. What does this study reveal about our children? Well, let’s look at the facts.

Researchers produced some less-than-savory results in phone addiction. By using MRI imaging, they conducted a series of studies on the brain gathering 48 subjects (youth). Of this 48, 22 subjects had smartphone addiction (SPA) and 26 did not.

Results show that those with SPA had a markedly lower volume of grey matter in the insula and the temporal cortex – lower than those who did not have a phone addiction. And that’s not all. There was also a noticeable difference in other regions of the brain.

In those with SPA, there was lower activity in the anterior cingulate cortex (ACC). Also, researchers found connections between the lower scores of each section of the brain. 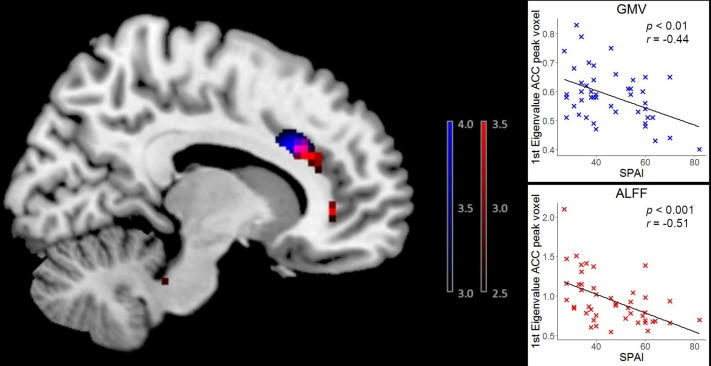 We should be concerned

These studies are enough to make us question our use of smartphones. For example, in China, the use of technology has become so severe that it’s called a clinical disorder. Rehabilitation centers are taking in those who show signs of these addictions, including phone addictions. In these centers, people who are addicted are completely isolated from all forms of technology. No one’s clear on the results of this rehabilitation.

Of course, it’s not happening only in China. It’s happening all over the world. Thanks to large corporations with irresistible marketing tactics, technological devices are extremely desirable to children and teens, and of course adults. Did you know an average child between the ages of 8 and 10 spends at least 8 hours on some form of social media? Teens are worse, clocking 11 hours staring at a screen.

Phone addiction is getting worse

I remember my first son getting a phone when he was in middle school. Now, children as young as 8 get their own smartphone. Can you imagine the progression of this introduction to technology in the future? You already see parents handing toddlers iPads and smartphones just to keep them quiet. Here are the statistics of smartphones and grade school:

How will phone addiction impact the future?

As the children of our generation grow, using all sorts of electronic devices and spending countless hours in technological entertainment, we wonder about the results. Most adults over the age of 30 didn’t have near as much access to technology, at least not in the western world. I know I didn’t, considering I grew up in the 80s.

Again, the question is, what will this generation’s children resemble as adults? The idea is troublesome, to say the least. So, I hope this gives you something to think about if you have children or grandchildren. Maybe we can all find ways to pull them away from the screen a while and put a damper on that phone addiction.