Pawel Kuczynski, a truly brilliant satirical artist, is considered to be one of the most influential contemporary artists in his genre.

Having been awarded more than 100 prizes and distinctions (as well as the “Eryk” prize by the Association of Polish Cartoonists in 2005) this newly discovered cartoonist is the observer of reality.

Pawel Kuczynski, who was born in Szczecin, Poland, in 1976, started drawing when he was very young. He studied at the Fine Arts Academy in Poznan, where he specialized in graphic art. Since 2004, he has been working on the satirical illustration. Kuczynski has taken part in competitions with great success. He focuses on creating thought-provoking artworks that deal with social, economic and political issues through satire. 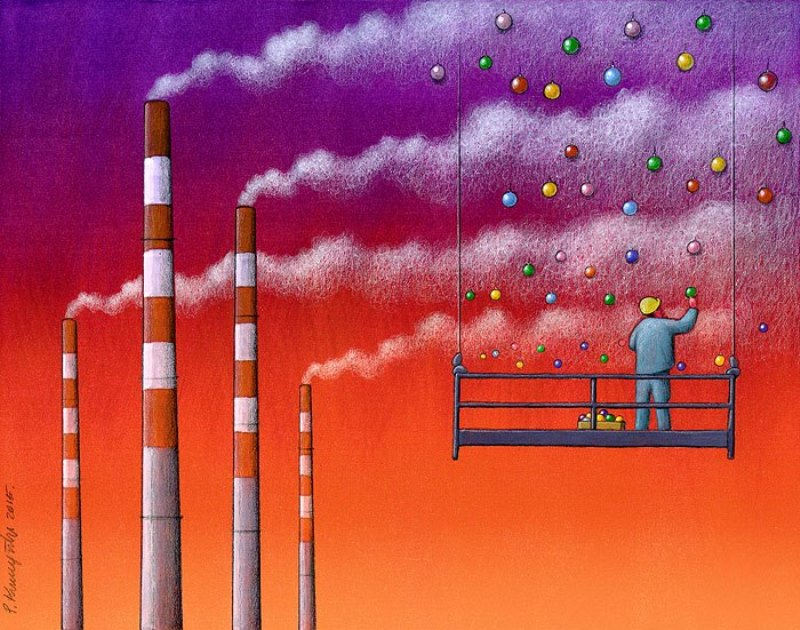 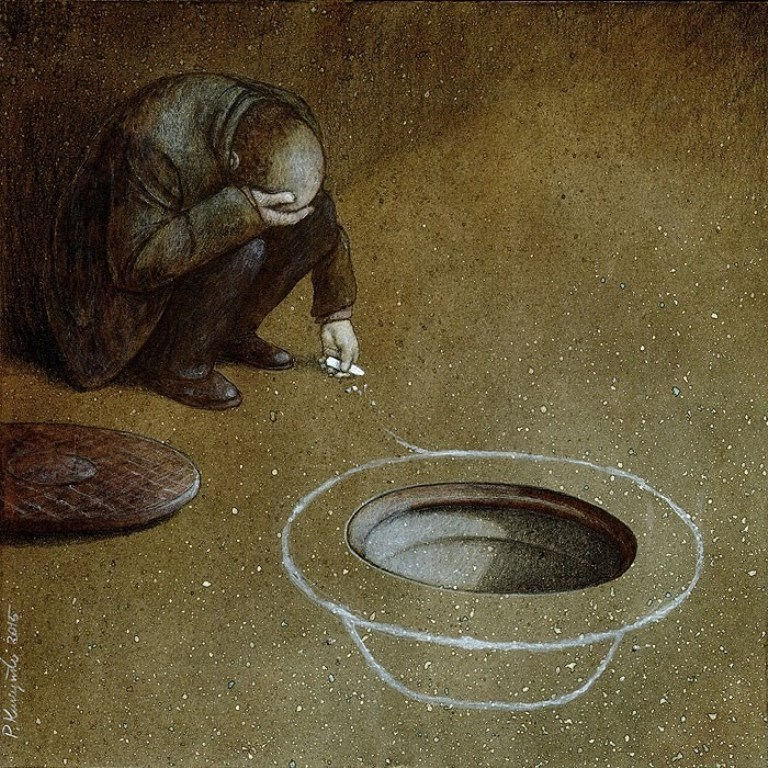 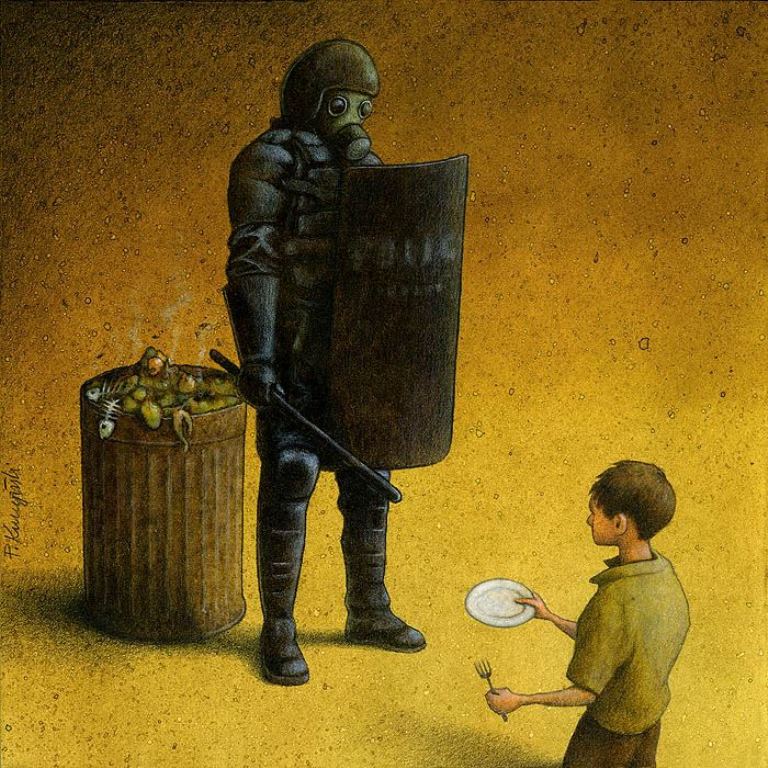 What is especially interesting about his artwork is the contrast between his subjects and the way he approaches them using his special satirical style. Kuczynski’s art doesn’t talk about the beauty of life, instead, he uses his illustrations to convey his messages and ideas about the problems of modern society and the whole world. 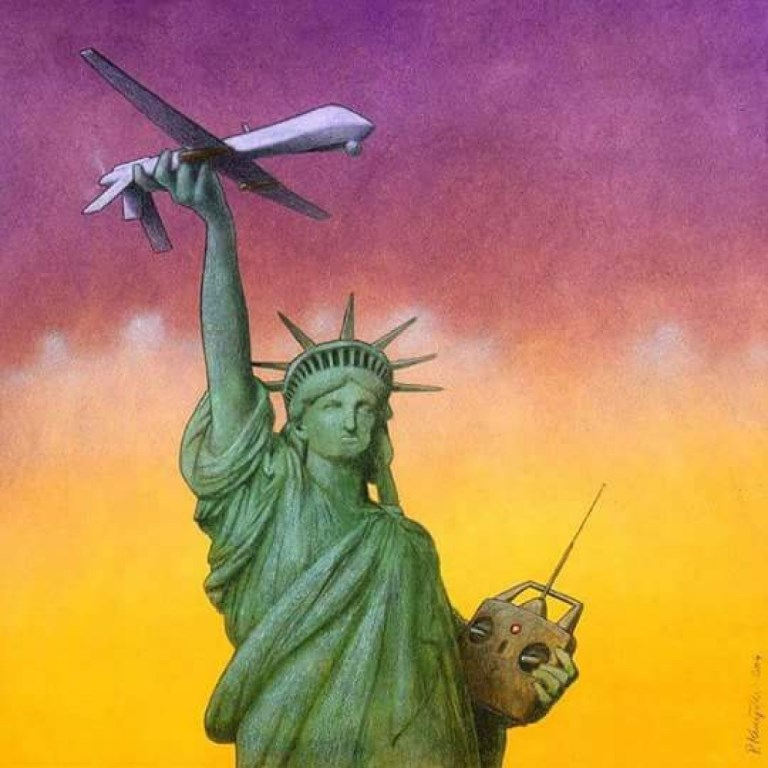 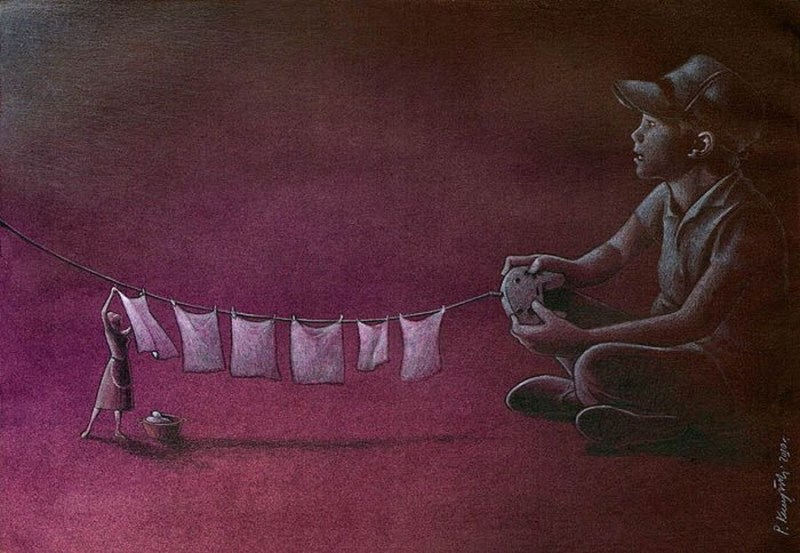 He deals with a wide range of issues, such as poverty, greed, politics and mortality, war and environmental damage, which are the most serious problems humanity is facing. However, he presents them in a unique, cartoonish way, which makes them extremely powerful and interesting. Some of them are easier to decode, some others are harder to understand. 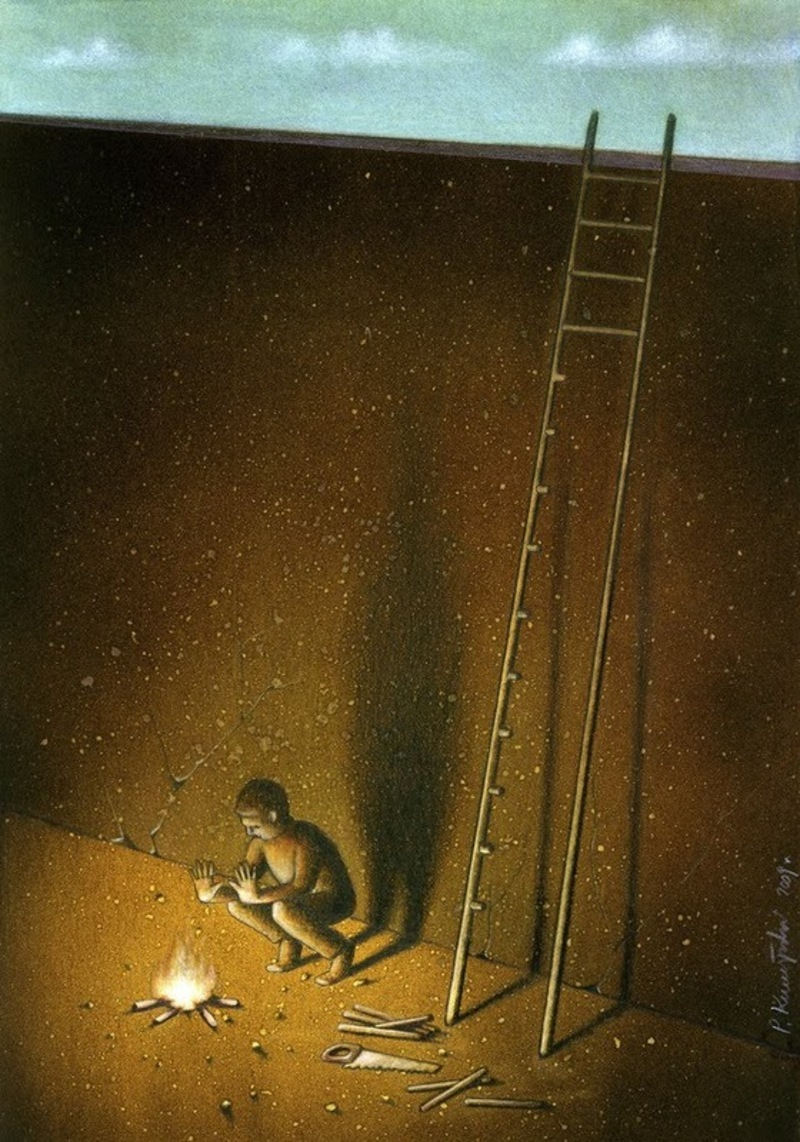 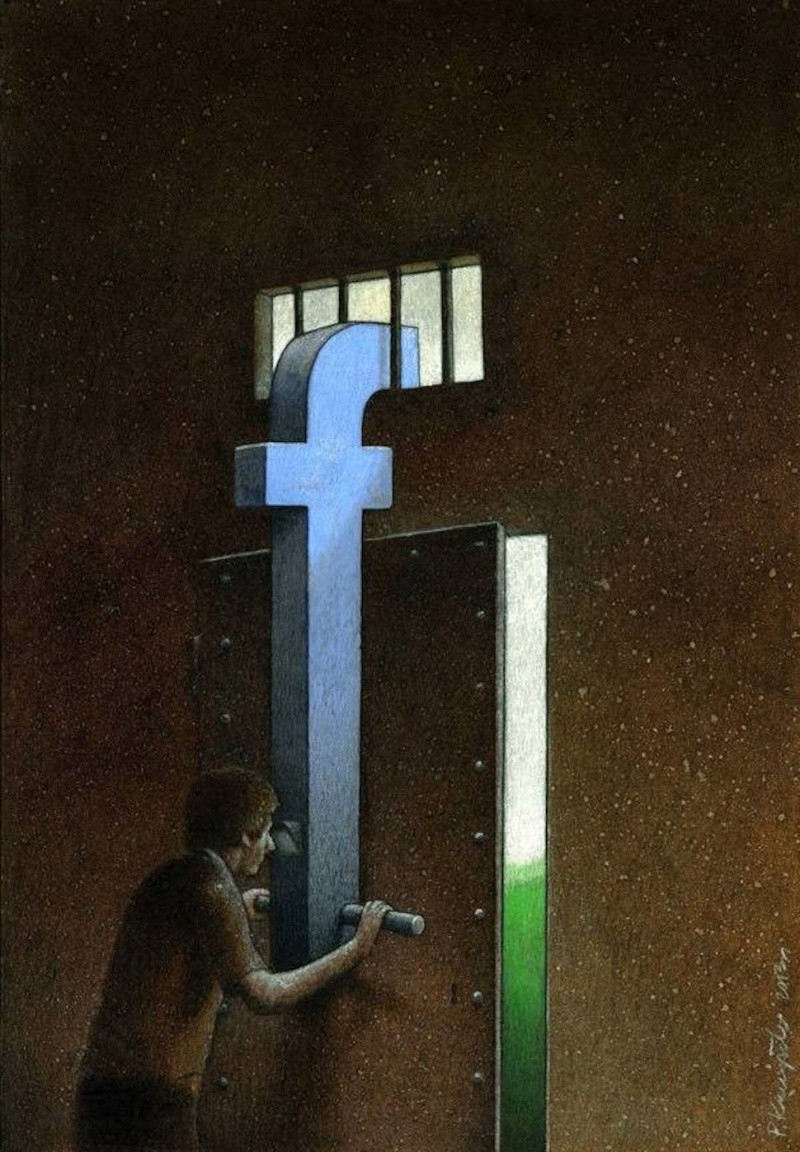 His illustrations are seemingly funny, but taking a closer look makes you realize that they actually address serious problems of today’s world. 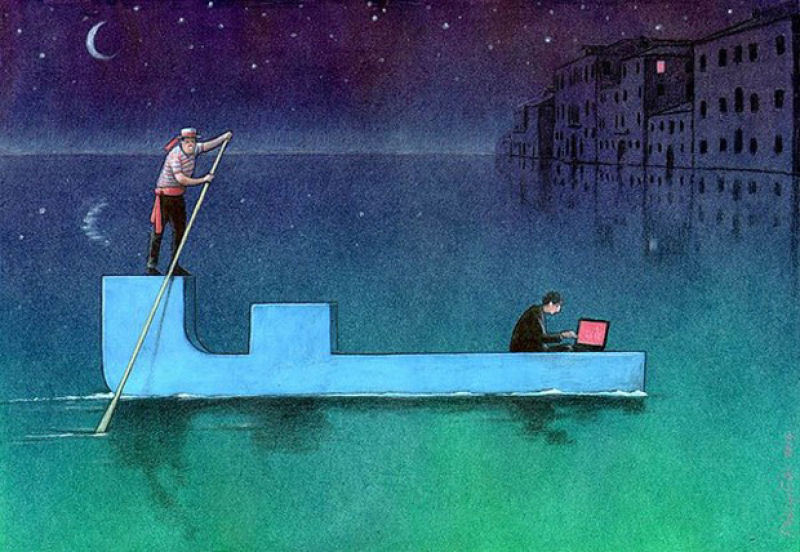 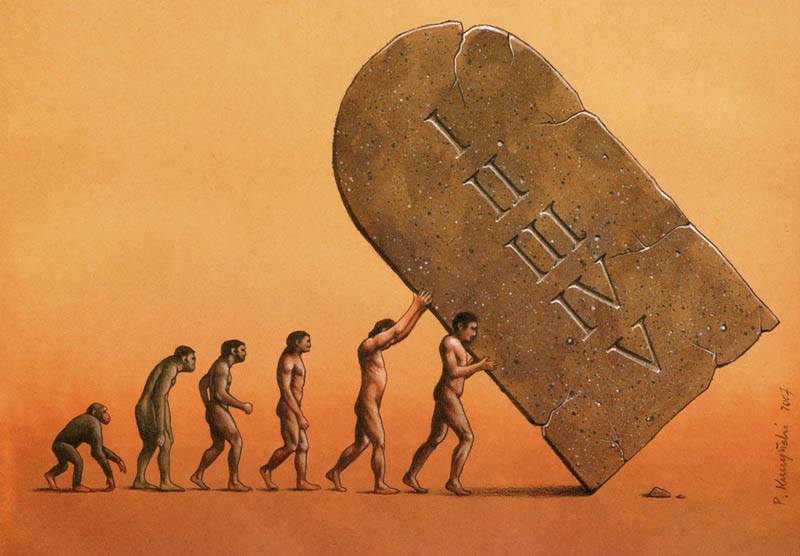 Kuczynski’s biggest inspiration is the twisted, crazy and absurd, almost surreal reality, which he depicts in his artwork using watercolor, ecoline and color pencils on paper. 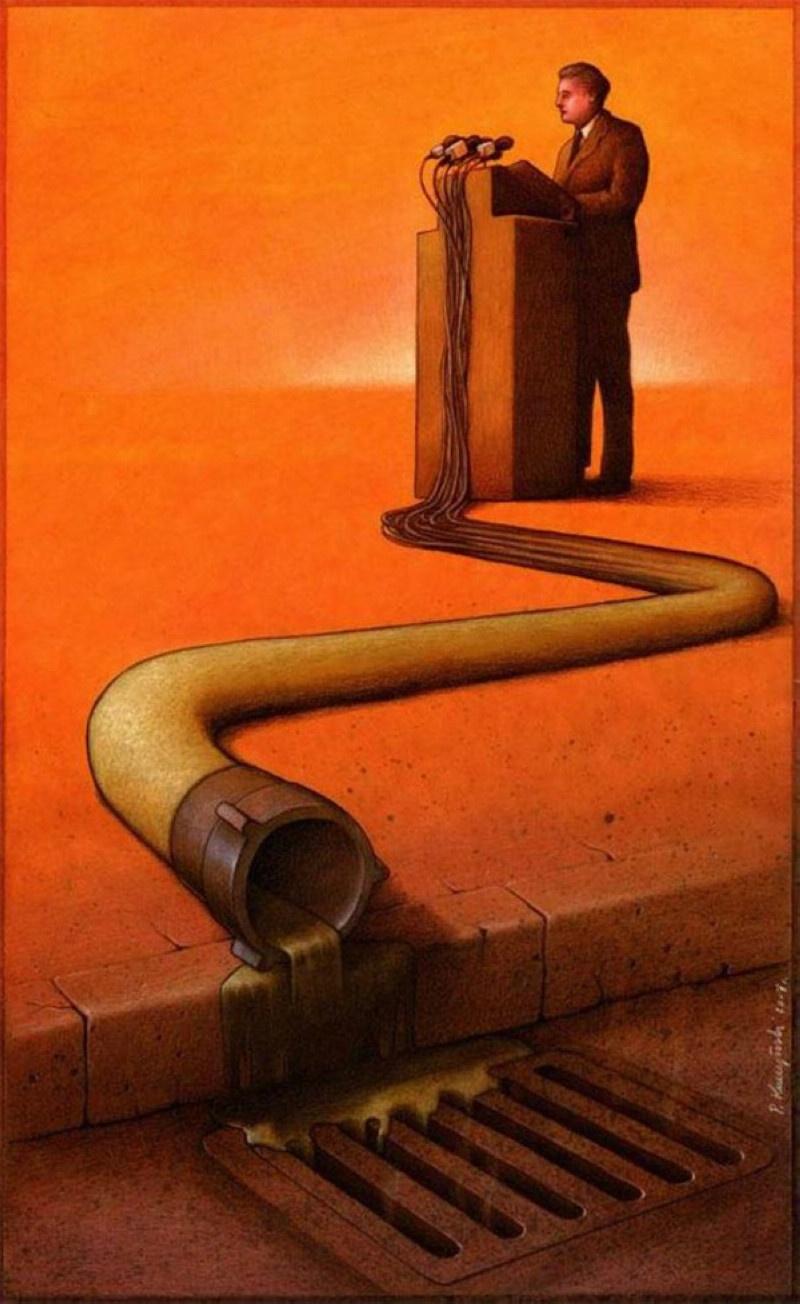 Kuczynski considers himself an observer of people and their relationships. This exceptional artist travels around the world and finds pleasure in meeting interesting people. 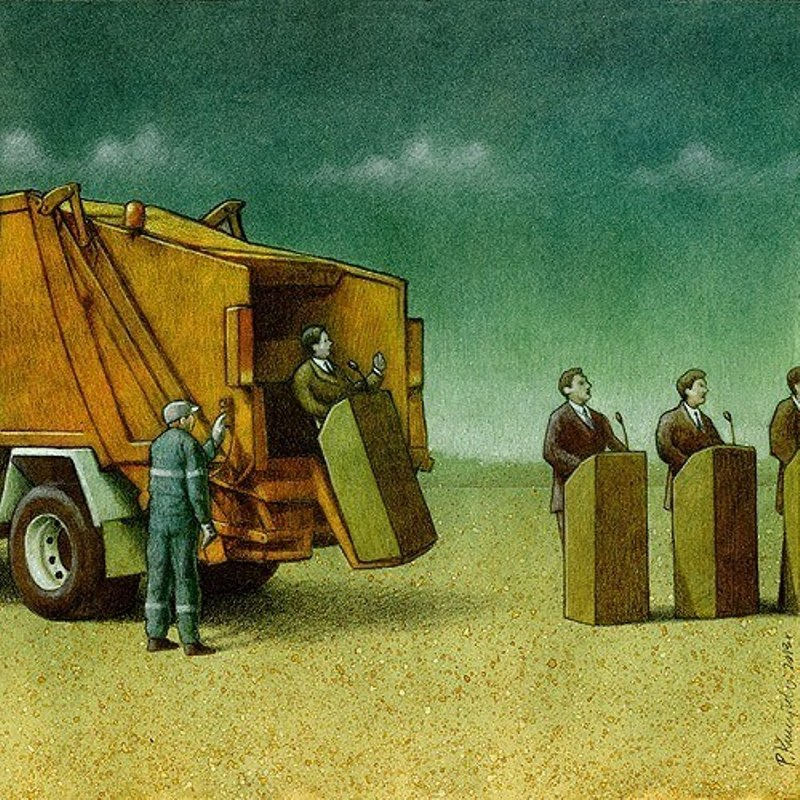 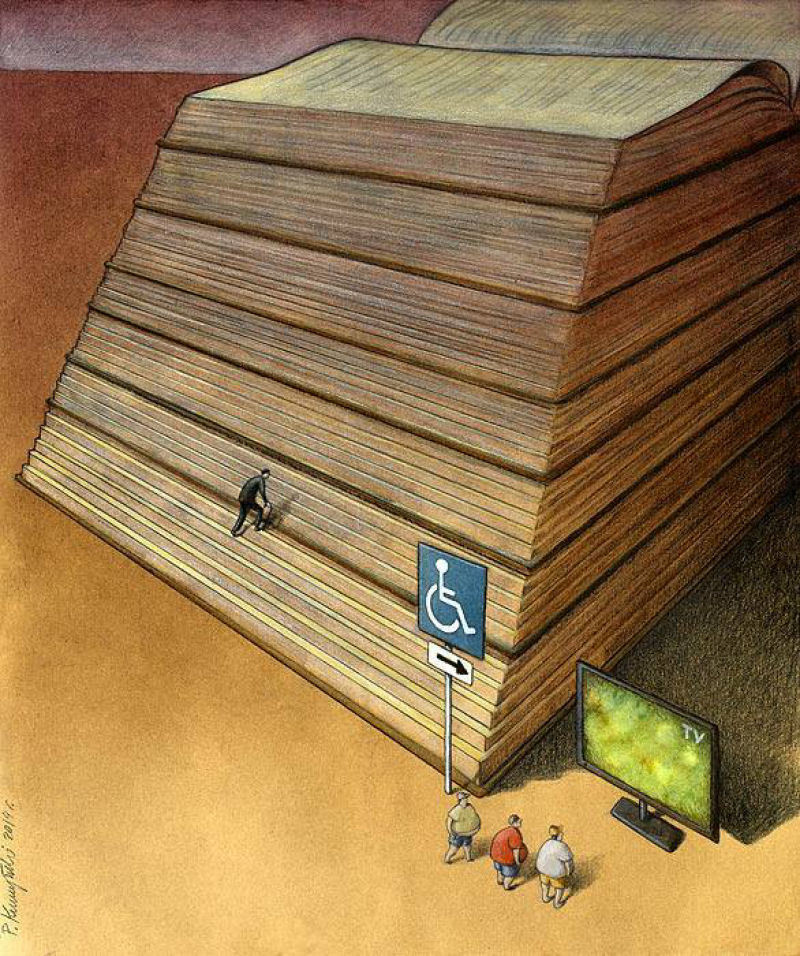 According to Kuczynski, war, poverty, hunger, racial discriminations, ecology, money are as immortal and timeless as art, and that’s why he addresses these issues in his artwork.

In addition, he uses satire and black humor, which reflect the sad reality we live in. Deeply influenced by Carravaggio and other baroque painters, he uses light in a similar way to them. Pastel colors, simple shapes and forms give his artwork a timeless look. 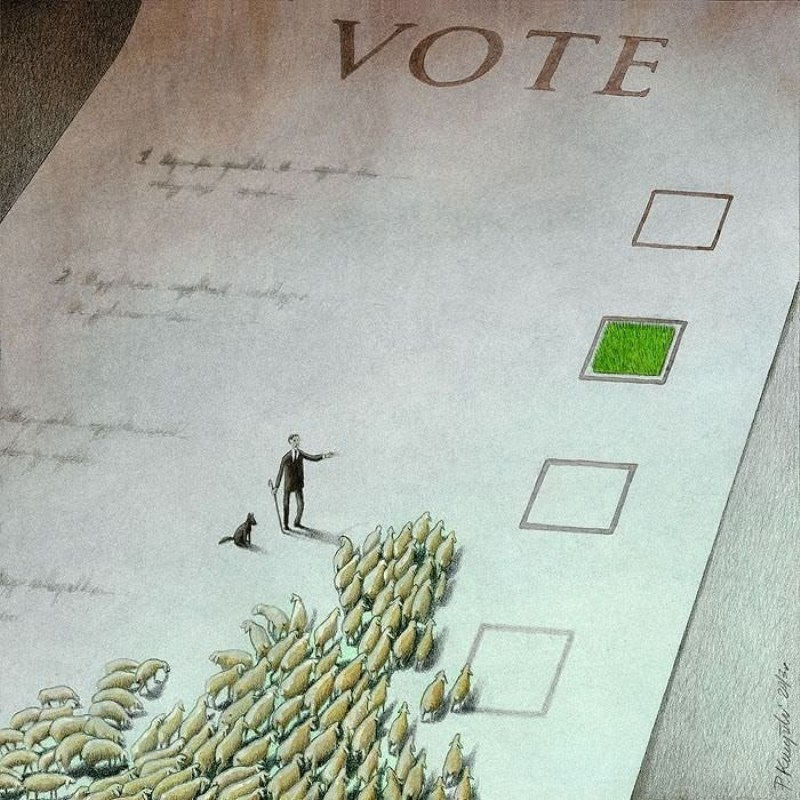 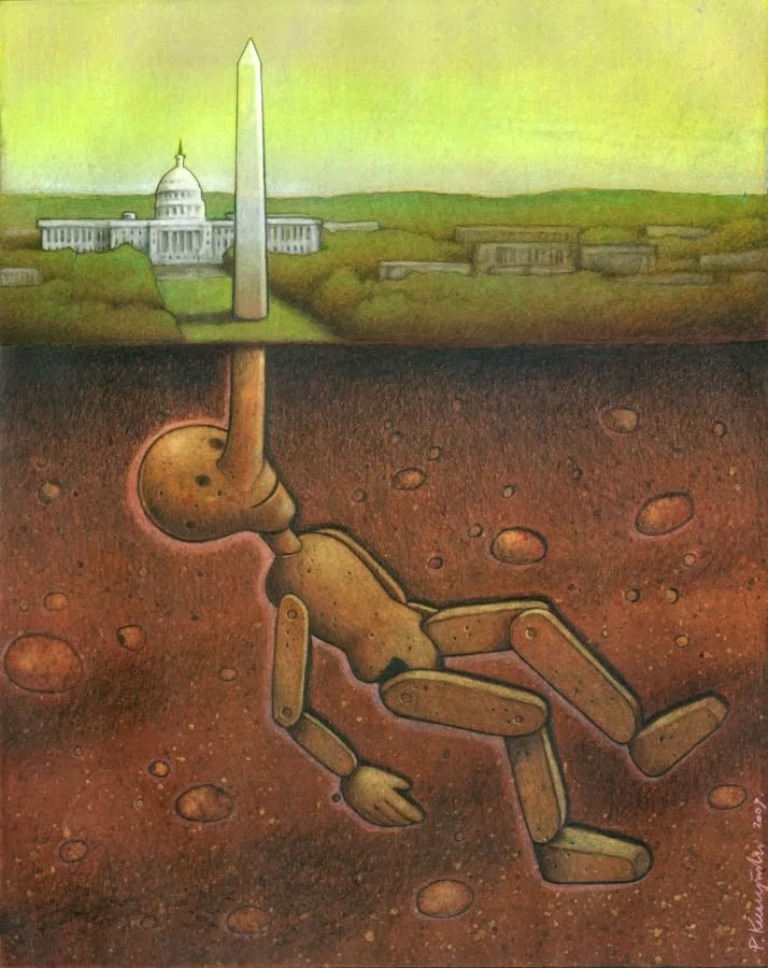 Pawel Kuczynski poses important questions about the present and the future of the world, but, most importantly, about whether we are able to deal with these questions. 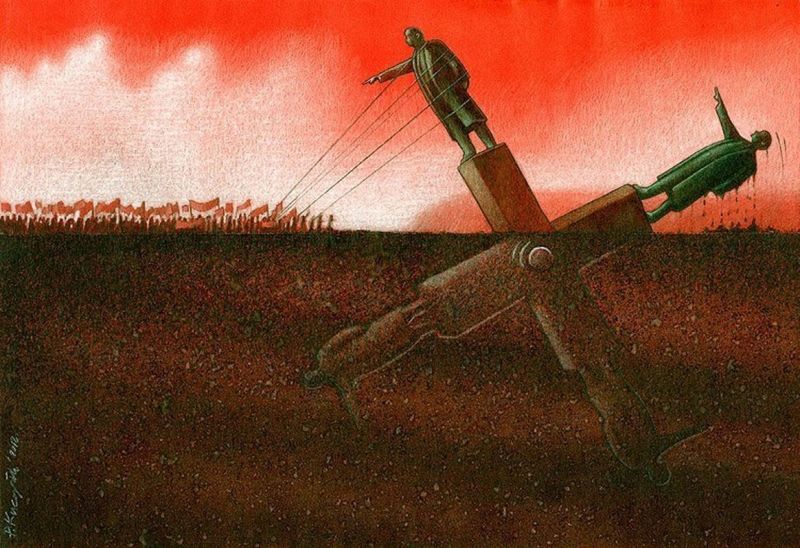 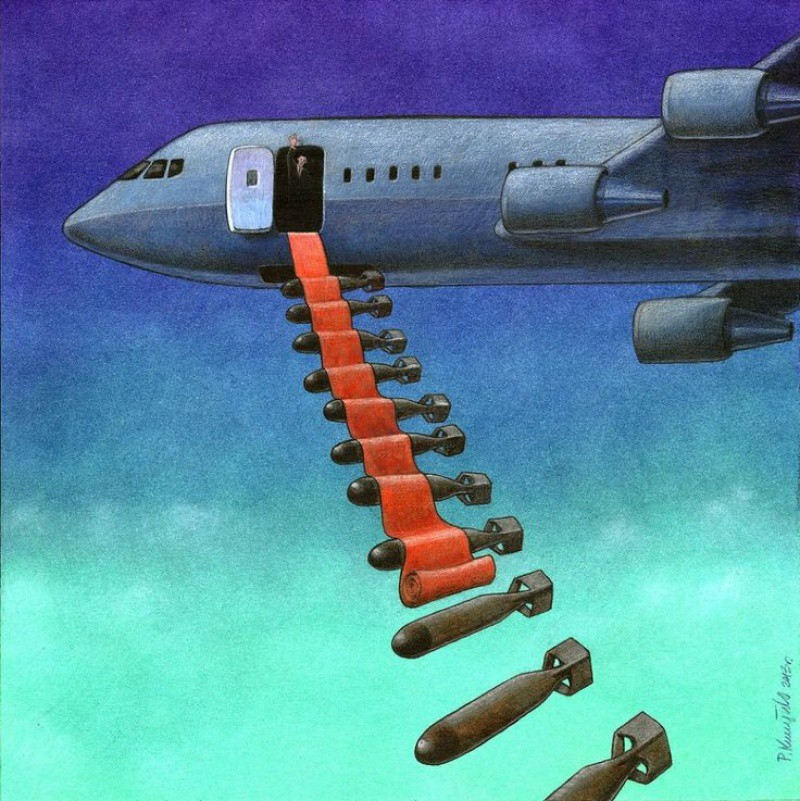 With his thought-provoking artwork and ongoing projects, this brilliant artist will always make us question our everyday lives.