Number 12 is one of the most mysterious numbers, with many people believing that it has some special properties and meanings.

Since ancient times, numbers were associated with mystical meanings. It is a fact that ancient people were totally fascinated with the wonderful mysteries of numbers and developed a whole science of numerical ideas, completely separate from mathematics.

The correlation of ancient beliefs about the numbers with the letters of the alphabet, planets with the stars, constellations and other astronomical sizes, exercised a form of divination.

Although any number itself has its own separate symbolic and occult sense, the number 12 has particular importance in history and religion.

The meaning of the number 12 in ancient cultures

Number 12 represents a full circle and was one of the most significant numbers in ancient cultures, having a direct and dependent relationship with the zodiacs as we as with the months of the year, whether they were determined by a lunar or a solar calendar.

The sacredness of the number 12 appears to have originated from the ancient dozen system which was probably the unique numbering system in the Neolithic era.

The dozen, the separation of day and night in 12 hours and of year in 12 months, is a remnant of the prehistoric Dozen numbering system. The number 12 represents the 12 Hierarchies of ancient scripture which in their turn determined the 12 constellations of the zodiac cycle.

The Sumerian priests and astronomers were the first who divided the year into smaller units. So as their lunar year had twelve months of about 30 days each, their day had twelve units called Danna. 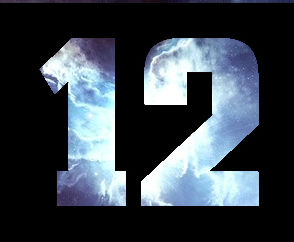 So we understand that the number 12 was a tool for dividing the flow of time, but we also know that dozens were related to the Signs of Zodiac.

As evidenced by the archeological findings, the solar year of 360 days divided in 12 months of 30 days each had been used since 2,400 BC.

This is reflected in the Babylonian calendar, but only in the time of King Hammurabi (1955-1913 BC), the uniformity in the calendar was imposed, and the months were given names that are used today, paraphrased in the Jewish, Syrian and Lebanese calendar.

In China, the Zodiac circle is represented by twelve animals, where each of them has a particular stellar influence on the year.

As you can see from the above, number 12 indeed had great significance in different ancient cultures.